Cary, NC – Cary is home to a large number of people from all walks of life, many of whom have incredible personal stories to tell. Over the past two weeks, the local American Legion post has saluted some of these residents by honoring their service in the wars of the 1940s and 1950s.

American Legion Post 67 has been holding Salute Programs since 2012 to recognize local veterans of World War II and the Korean War.

“What it does is give the community more insight into who they were and what they did,” said Cindy Emens, Unit 67 auxiliary vice president. “These men and women have an important opportunity to open up about their lives.”

The Salute Program creates a ceremony where Legionnaires read off the accomplishments of Cary-based veterans, detailing not only what they did during their time in the military but also what they did before going into the war and what they did afterwards, telling the gathered audience about their career, education and family.

Emens collected all of the stories from the participating veterans and double-checked the information.

“World War II ended in 1945 so that was more than 70 years ago,” Emens said. “They needed time to go into their personal histories but once I started talking through it with them, more and more came out.” 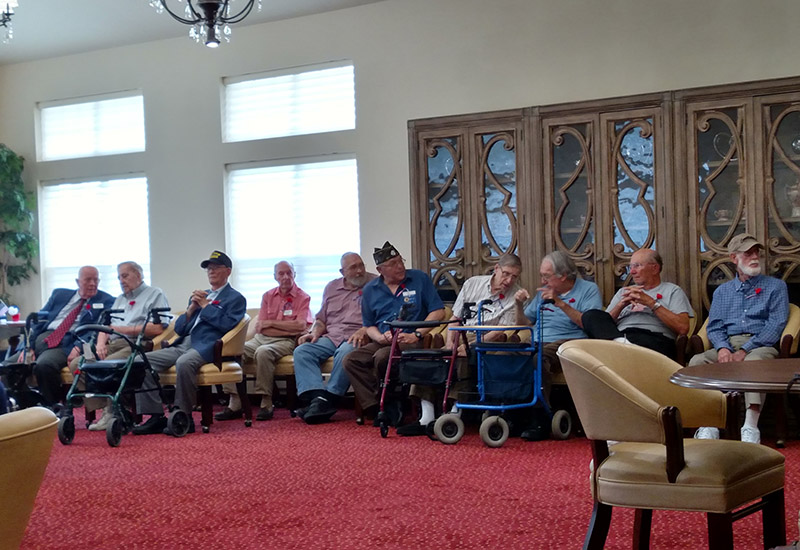 Some of the veterans at the Stone Ridge Salute Programs

The Salute Program recreates all the ceremony of a military event, with a presentation of colors, the Pledge of Allegiance and the use of proper unit and ranking names when talking with each of the veterans. The American Legion held these programs at the Stone Ridge and Jordan Oaks senior living communities, with veterans from the Army, Marine Corps, Navy, Air Force and Coast Guard participating. At the Stone Ridge ceremony, a retired Brigadier General was also in attendance to watch the event.

As the histories of the veterans were read off, visitors and audience members got to hear about a wide range of duties. There were medics, engineers, veterans who worked to train soldiers from other countries, veterans who worked in food service to make sure the other units were fed. There were even stories about veterans who guarded the Japanese Emperor’s palace and one man who was stationed in Casablanca, Morocco and given special motorcycle training for his duties there.

“These men entered the service not knowing what lay ahead or if they would come back,” Emens said.

One of the veterans at the Stone Ridge ceremony, Jospeh Richards who served in the infantry, said getting the certificate and recognition was a great honor and even one he didn’t think he deserved.

Meeting with other veterans is something Richards said he enjoys since everyone always has something in common to talk about.

“We can talk about the same things,” Richards said. “Both the good ones and the bad.” 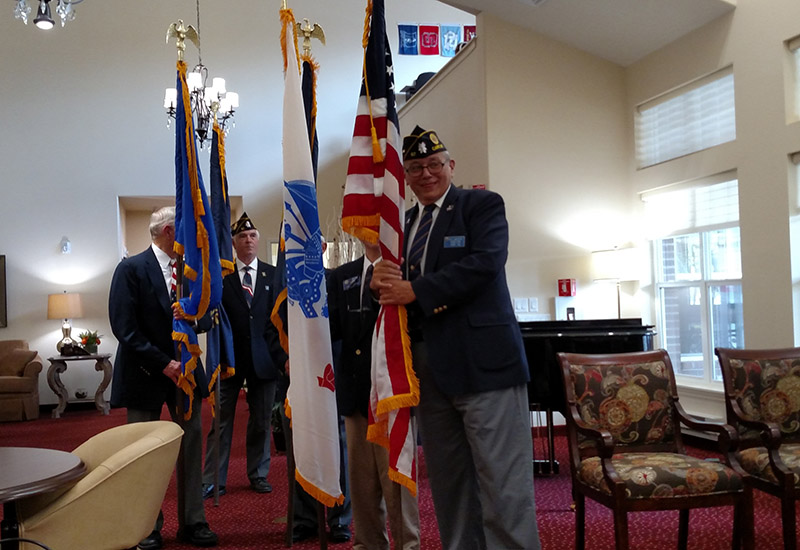 Watering Your Lawn in the Summer
Scroll to top