Cary, NC – Crowds gathered to see a fast-paced soccer game to celebrate July 4 but got a bigger excitement when the home team defeated the top-ranked team in the entire league. 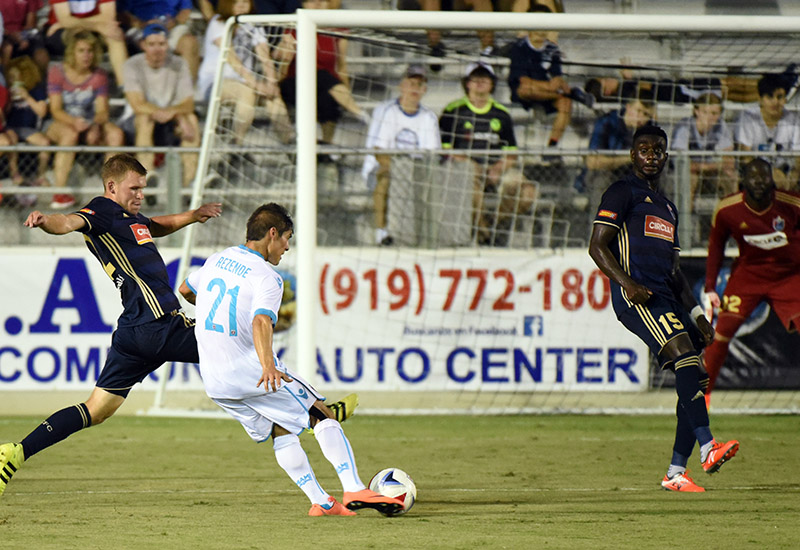 North Carolina FC took on Miami FC at Sahlen’s Stadium at WakeMed Soccer Park on Tuesday, July 4, 2017. Up to that point, Miami FC had not taken a loss since April so the crowd was not sure what to expect.

Right at the game’s beginning, the fans held their breath as Vincenzo Rennella, Miami’s forward and the top scorer in NASL, took a big shot at the net. But North Carolina’s Brian Sylvestre dove to block it, narrowly protecting his goal. Sylvestre would continue to be tested for the entirety of the game, including around the 22nd minute when Stéfano Pinho attempted a shot from the right side that Sylvestre was able to push away with one quick hand.

NCFC is often the more aggressive team on the field, this season especially, but they had to wrestle for control of the ball on Independence Day. By the end of the first half, the home team had more possessions but were unable to get a score in. Billy Schuler came close, actually getting the ball past Miami’s goalkeeper Mario Daniel Vega, but it bounced off the post and went back into the field. 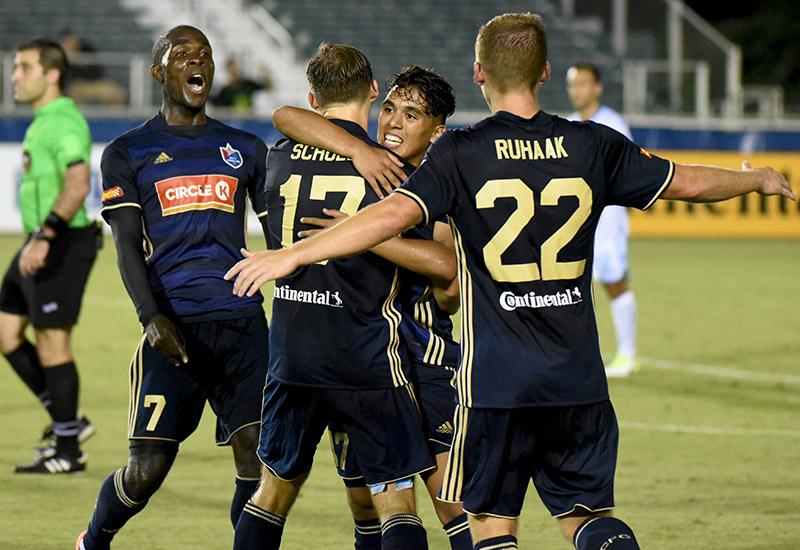 The second half started much the same, with Sylvestre being tested with two diving saves in rapid succession. NCFC also pushed for more offense, with Jose Carranza leading the charge in his first start for the home team.

This paid off when Carranza got behind the defensive line and passed the ball to Schuler, who hit the ball and made it slip right past Vega for the first and only goal of the game.

“We all gave 100 percent to beat Miami,” Carranza said. “Miami is a great team, and it feels great. I hope that I can keep providing for the team and that we can keep getting wins and that we can get momentum out of this game.”

The game ended 1-0 in NCFC’s favor, making this the first time the team has beaten Miami.

“I thought that they put a lot of heart and a lot of hard work into it,” said Head Coach Colin Clarke. “They really stuck together against a very good team. If you read the headlines right now, it’s the first time that they’ve been beaten since April 8. They’ve been on a good run, but I thought overall we deserved it tonight. I thought we were better, we looked hungry and we got what we deserved at the end of the night.”

The next NCFC home game is Saturday, July 15, 2017 against Puerto Rico FC. 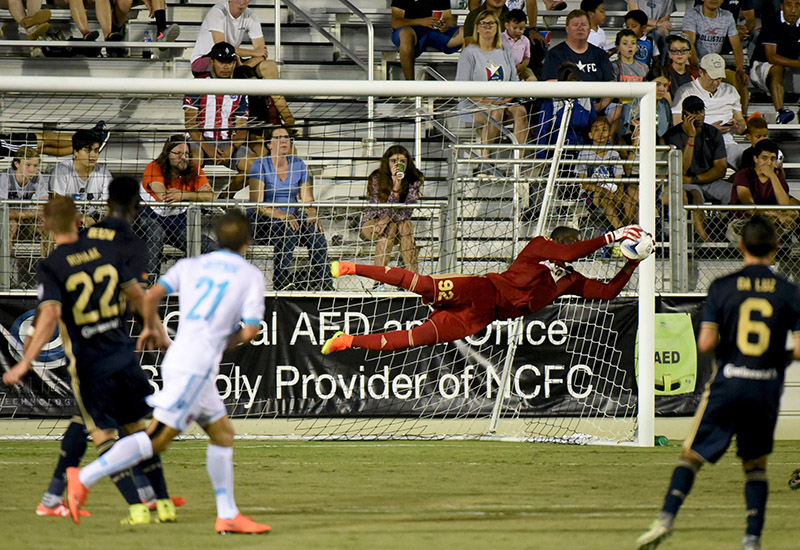