Cary, NC – This was a very slow week in the mayor’s office.

Monday I met with the town manager for about an hour and a half. It was mostly catching up on issues and enjoying each other’s company. Cary is so fortunate to have Stegall as our town manager. 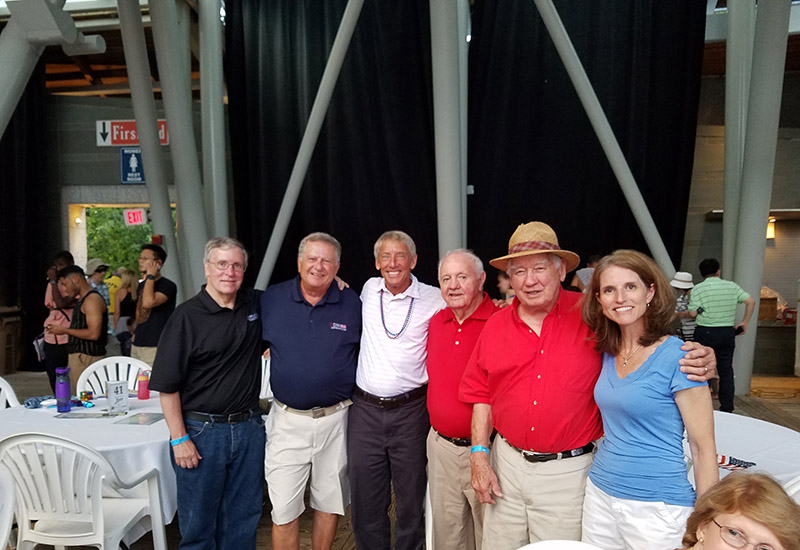 Tuesday was the big Fourth of July celebration. As it has been in the past I was asked to give remarks between the Cary Town Band performance and the North Carolina Symphony performance. I started by recognizing the amphitheater’s namesake Koka Booth followed by recognition of council members present: Mayor Pro-Tem Yerha, Jack Smith, and Jennifer Robinson. Then I talked about the meaning of the stars and stripes and asked veterans and those who are currently serving to stand and receive thanks from all in attendance. After my remarks the symphony provided a remarkable performance. The finale of fireworks lasted over 30 minutes. Except for the very young who were upset by the boom of the fireworks everyone enjoyed the show. 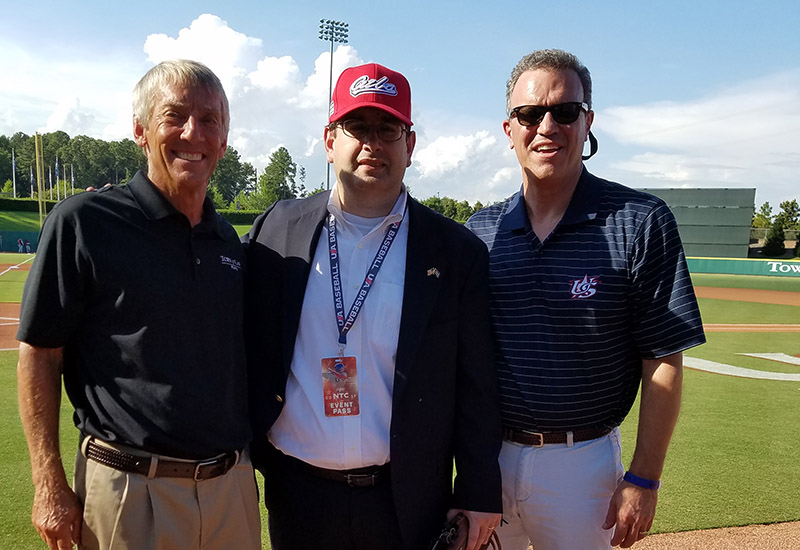 Thursday I had the honor and privilege of throwing out the first pitch at the Cuba versus USA baseball game. I was joined by First Secretary Miguel Fraga of the Embassy of the Republic of Cuba who also threw out a pitch. The USA baseball team and the Cuba National team have been playing each other for years. They alternate locations with this year being in Cary and next year being in Cuba. Mr. Fraga, a very kind and personable gentleman, invited me to join the USA team when they travel to Cuba next year. That would be a special trip. I guess I had better start saving up now. The Cuba National team won the game 7-2 after losing the first three games. 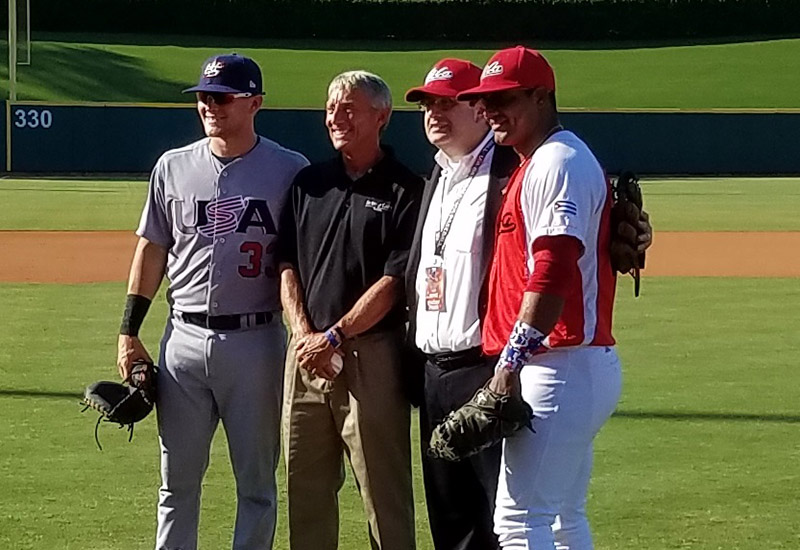 Preliminary construction activities are underway! Earlier this year, Cary entered into a Utility Relocation Agreement to address Duke Energy facilities that are in conflict with this project. Now that the right of way acquisition process is complete, we are moving forward with the utility relocation phase of the project. Addressing utility conflicts in advance of road construction will help expedite the project and minimize the risk of accidental damage and service outages during construction. By the end of the year, the majority of utility conflicts will be addressed enabling construction to begin in 2018.

Contractors working on behalf of the Town began work this week on resurfacing poorly rated streets within the vicinity of NW Cary Parkway. The concrete removal and replacement will require a one-way detour. Detour and project information can be found on our website. The major construction taking place under the detours is planned to be complete in late August.

Last week, contractors working on behalf of the Town began work on the Bond Lake Bridge replacement. The new design will include paved trails running parallel to the sewer lines crossing culverts over the creek. The previously damaged wooden bridge was removed by PW after the storms last year. We will also be replacing three sewer piers on a 24″ aerial sewer line that were also partially washed out from the storm. Construction is expected to last 90 days.

The 2017 smoke testing focused on the MacGregor sewer service area between Old Apex Road and SW Cary Parkway, south to US1 and US65. This testing was completed on June 30. More than 1,300 manholes and 47 miles of sewer lines were tested. There were 367 leaks identified with the majority caused by damaged cleanout caps that have now been replaced. No major issues were identified.

Thanks go to Utilities and Public Works for their amazing partnership working together to complete smoke testing and make all necessary repairs.

This summer, we’re demonstrating our commitment to preserving and protecting our natural resources by focusing on the health of our urban forest. We have taken the following measures to ensure we follow industry best practices for proper mulching and to support our citizens’ efforts to do the same:

Tidbit: While mounding mulch up too high and too deep around the tree trunk, also known as “volcano mulching,” may be aesthetically pleasing to some, it is always bad news for tree growth and development. When mulching, think 3x3x3: three inches of mulch deep, at least three inches away from the trunk, in a circle 3 feet wide or to the edge of the canopy when possible.

We’d like to welcome Kelly Blazey to the Town as our new Transit Services Administrator. Kelly brings a wealth of transit experience to our Town and is very passionate about municipal government. She is coming from Fayetteville, where she worked for the City as the Assistant Director of Transit.

And a huge round of applause goes to all employees involved in planning and implementing the many Fourth of July events around Town that were so successful and meaningful to our citizens!

Well, that is all for this week. My next post will be on Sunday, July 16th.  Although I have Facebook and Twitter accounts those are not the best means of communications with me. Please send all Town of Cary questions or comments to Harold.Weinbrecht@townofcary.org and email personal comments to augustanat@mindspring.com.

Lori’s Blog: Cary is a Smart City
Scroll to top