Cary, NC – From public parks to college campuses, nowadays it is easy to find teams playing Ultimate Frisbee. And two Cary residents are taking their skills to the top level as they compete in a nationwide tournament later this month. 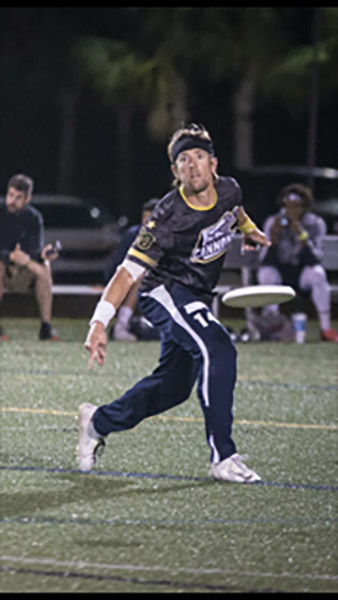 Playing on a National Level

Stephen Poulos is a tennis coach at the Cary Tennis Center and starting Friday, July 21, 2017, he and his partner Kelly Merhar will be participating in the 2017 USA Ultimate Masters Championships in Aurora, Colorado.

“Between tennis and Ultimate Frisbee, it’s fun to be able to share my love of sports with people,” Poulos said. “Both sports involve a lot of quickness and both give an aerobic and anaerobic exercise.”

Poulos said his interest in Ultimate Frisbee, often referred to as just Ultimate, started when he was an athlete at UNC-Asheville.

“We practiced Ultimate in the evening, which worked for me because tennis practice was in the afternoon,” Poulos said.

In the coming July tournament in Colorado, Poulos will be participating in the Masters division, which is for male athletes 33 and older and female athletes 30 and older.

“I’ve gone to that tournament since 2013. Our team name is the Boneyard; it’s a play on being old guys,” Poulos said.

Before then, Poulos played in the open division with the Triangle’s Ring of Fire team, starting with them in 2007. And Poulos said he has also gotten his partner Merhar into the sport. She will be participating in the USA Ultimate Masters Championships for her second year in a row as part of the team Ripe. 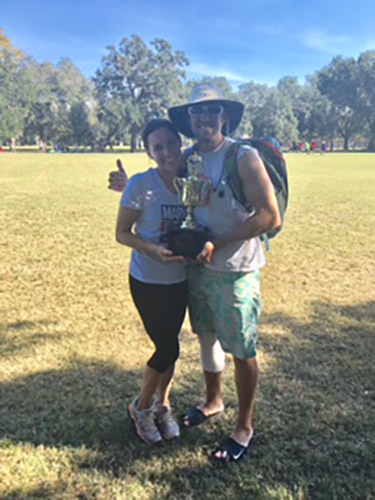 Poulos and Merher after a victory

For Poulos, the transition between tennis and Ultimate is not too much of a stretch.

For people interested in playing Ultimate, Poulos recommended the camps the Town of Cary holds in the Summer at Bond Park that run for two to three weeks. And Ultimate teams are also beginning in schools across the town.

“It’s still building up steam in Cary. In Chapel Hill and Durham, it’s spread far and is really popular right now,” he said. “But there are camps all across the Triangle from elementary age to high school.”

And to find teams and camps across the region, Poulos also recommends people go to TriangleUltimate.org. 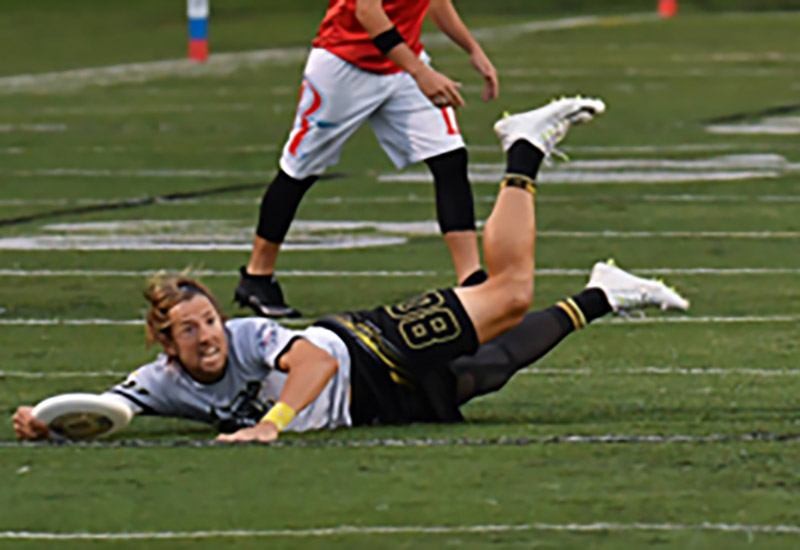