Cary, NC – We are all connected to the ecosystems of the world but it can be hard to learn all of this biology. But four students from Cary spent the past five years developing an engaging and interactive game to help people learn about the ecosystems in coral reefs.

The game, “H2O’s St. John Coral Deck,” is an interactive card game, focusing on player’s ability to recognize ecosystems and food chains in the coral reefs near St. John in the Virgin Islands. Cards represent different life forms and players learn their diets, where they rank in a food chain and how they all interact, building the most complex ecosystem they can before the game’s completion.

The official launch for “H2Os St. John Coral Deck” is Saturday, July 22, 2017 at 3 PM at the Triangle Center for Spiritual Living in Raleigh.

Four students – Carly and Chloe Proctor, Madison Cross Sugg and Mehlynn Izzet – worked on the project, starting in middle school and are now high school students, having spent five years developing this game. These students originally learned about ocean biology as part of a homeschool marine life class held by their parents. But after, Chloe Proctor said they were interested to try more.

“We wanted to do more to share with everyone and to educate the community about reefs and the ecosystem,” Proctor said. 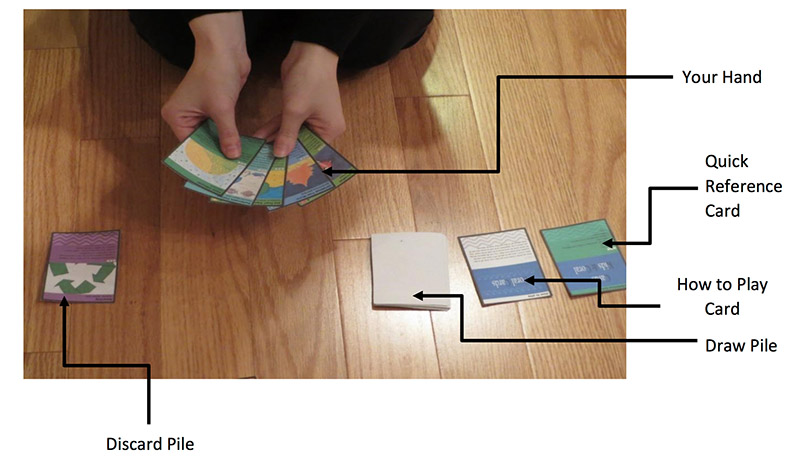 An example of game layout from the instruction manual

As part of the research for the information in the card game, Proctor said the group of four students went to the Virgin Islands Environmental Resource Station in St. John.

“We had people helping us by donating so we could go on this research trip so we knew we had to follow through on this game and complete it,” Proctor said.

Proctor, who is going into her final year of high school at the Longleaf School of the Arts, said revising and making sure the game was both accurate and fun to play took up much of the time in the five years of work.

“We edited the number values on the cards to make sure the food chains worked well with gameplay, we confirmed research with marine biologist and we were always proofreading what we wrote,” Proctor said. “We also based it off an already existing card game: Phylo. But that’s about all ecosystems and this is focused specifically on the ocean.”

There is a free and downloadable version of “H2O’s St. John Coral Deck” online and there is also a published version for purchase.

The Triangle Center for Spiritual Living is located at 559 Jones Franklin Road, Suite 107, in Raleigh. 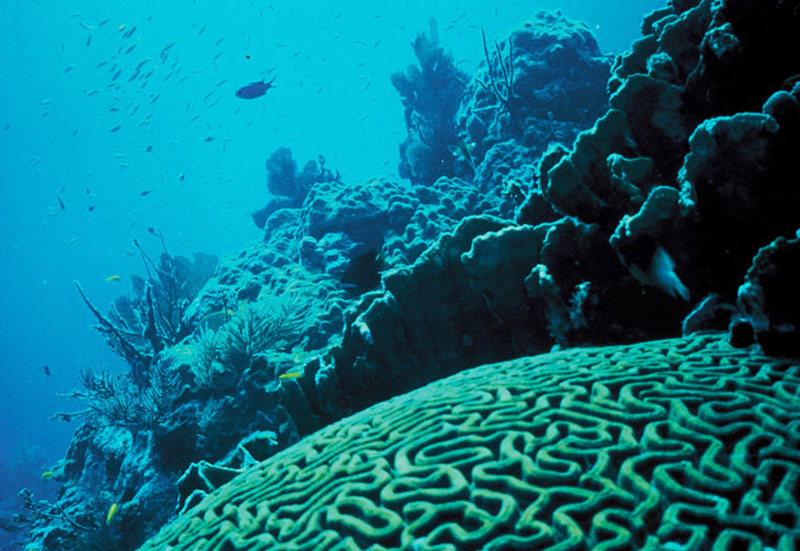 Story by Michael Papich. Photos courtesy of Healing Oceans Together and Jerry Reid.