Cary, NC – Katherine “Kit” Carson Trubey made a decision in 1995 that has changed our lives. The story about an orchard situated at mile 328.3 on the Blue Ridge Parkway, how it began in 1908, where it was headed and how it was saved, is known to many. Part of that story, however, does not always get the attention it deserves.

In 1995, a woman who knew this orchard from her younger days vacationing with her aunt in Little Switzerland decided to buy it, but it was a decision not lightly made. While on vacation that year, visiting her brother Bill and his wife Judy, she noticed an ad in the newspaper for an orchard for sale. Spectacular views from two BRP overlooks – View North Cove Valley and The Loops Overlook – flank the orchard with the manmade terraces and neat rows of apple trees framed by the wilderness around them. It a sight nowhere else to be had on the Parkway: unique, picturesque and unforgettable, a combination of what God has made and what man has done. Not a skyscraper, not an oil field, but a home to bees and butterflies, swallows and finches. This combination is the beginning of the story of today’s protected and preserved Orchard at Altapass.

If you get Kit to tell you the how and why of her purchase of the orchard, it is obvious that there is no development on this land today because of Kit’s determination to preserve it, and she will tell you, also, she had no choice. “For I know the plans I have for you, declares the Lord” (Jeremiah 29:11) has been a life principle for Kit, and it was immediately clear to her that saving the orchard was part of a plan for her. Innumerable circumstances had to fall into place, and they did.

According to Kit, “Bill had recently bought a loom and I came for a visit to see how it worked. I had no idea how boring it is to watch a weaver, but within ten minutes I was looking for something else to do. So I read the local newspaper and there was the ad, ‘For Sale by Owner, Apple Orchard on the Parkway’. Immediately, it was clear to me that it was my responsibility to prevent development on this particular two mile stretch of the BRP.”

Kit, Bill and Judy drove to The Loops Overlook to look out at the orchard, and all doubt had been removed. She promptly called the owner in Florida and within 10 minutes had an agreement to purchase the land and buildings straddling the Parkway, but she had no idea how to keep her promise to prevent development. 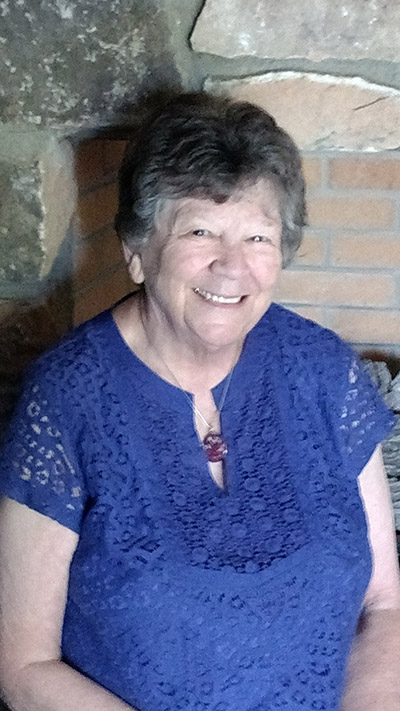 Not long after the purchase a developer showed Kit the plan for the land above the Parkway. A real estate professional, Kit says the plat was very nicely laid out, with 120 home sites on 140 acres adjacent to the Parkway. She told him that his dream for the land was not the same as hers, and she involved the Conservation Trust for North Carolina (CTNC). She acted on what was best for her, certain of her path, and sold the land above the Parkway to CTNC for a fraction of what the developer would have paid and CTNC donated it to the National Park Service for the Blue Ridge Parkway.

Kit acted on what was best for us, as well; she went beyond herself and out to us with her gift of preservation and protection not only by saving the upper parcel, but also by donating the land below the Parkway to The Altapass Foundation, a nonprofit that she and Bill formed to support the “new” Orchard at Altapass. The Altapass Foundation then put the land under the control of CNTC and the NC Clean Water Management Trust Fund. Thus, the land that Kit purchased in order to save it now is protected in perpetuity either as part of the CTNC or the Blue Ridge Parkway. 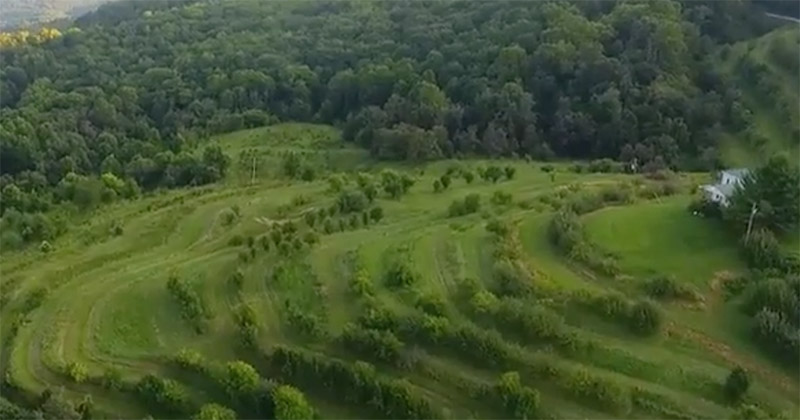 There is more to the story of The Orchard at Altapass at the Orchard’s website (www.altapassorchard.org) and its Facebook page (@TheOrchardatAltapass), or maybe you’ll hear the story at The Orchard from brother Bill, whose call was to form The Altapass Foundation to support The Orchard, and to manage it, giving it a new life of heritage, education and plain old fun. But it could not have happened without Kit.

Today she says about the orchard, “Since then it hasn’t changed much. We photographed the blossoms in the spring and picked apples in the fall.” But, for sure, it has become something more. You now can taste and pick these same heritage apples at a destination for thousands of visitors who come for the chance to tag a monarch butterfly, to dance to live bluegrass and country music, to enjoy lunch at the grill and to hike an Orchard trail.

Having reached a point in her life where a beautiful view succumbs to a loving family, Kit is moving to the Raleigh area, where she lived and worked for thirty years, to be close to family. There will be a “Celebration of Kit Trubey” and her generosity and an opportunity to thank her for her gift and to say goodbye on Saturday, August 19, 2017 from 7 to 9 PM at The Orchard at Altapass. True to form, as part of her residential downsizing, Kit is donating much of her collection of local artwork to The Orchard to be sold in both a silent and a live auction at that time.

Along with her artwork, Kit will showcase two of her favorite local artists. Randy Flack will share songs he has written about growing up in the mountains, and nationally renowned potter Cynthia Bringle, a North Carolina Living Treasure, will conduct the auction. “Cynthia could be known just as well for her auctioneering skills,” according to Kit. Light fare and refreshments will be provided, but BYOB. Attendance will be limited, so if you are coming, please call (828) 467-3285 or (704) 650-5789 for a reservation.  A tax deductible donation of $20 to The Orchard at Altapass is suggested and can be paid at the door.