Cary, NC – Research shows children benefit from learning outdoors as well as in a classroom. A new school opening in West Cary is putting that into practice, with early childhood development focused on blending the two together. 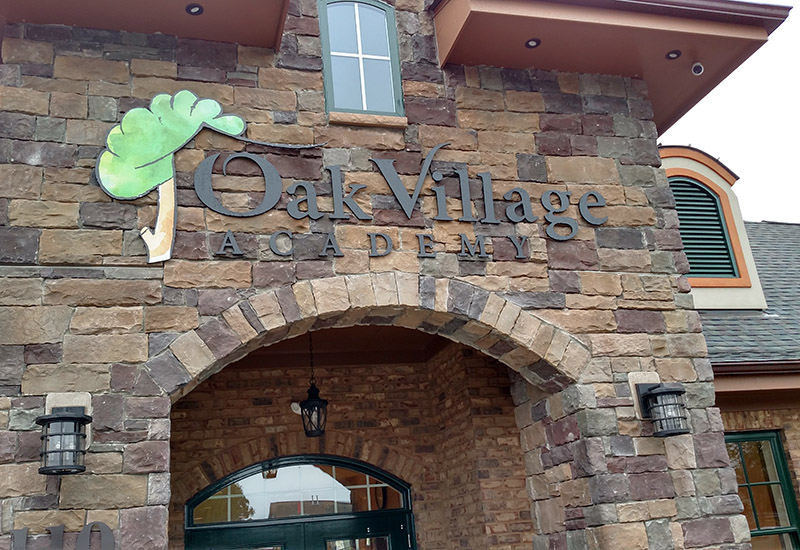 Oak Village Academy on Tals Rock Way in Cary has a focus on making a difference in early childhood development. Included on its campus are six buildings for each age group and a connection to the outdoors, with large open spaces and outdoor learning environments connecting the six buildings. 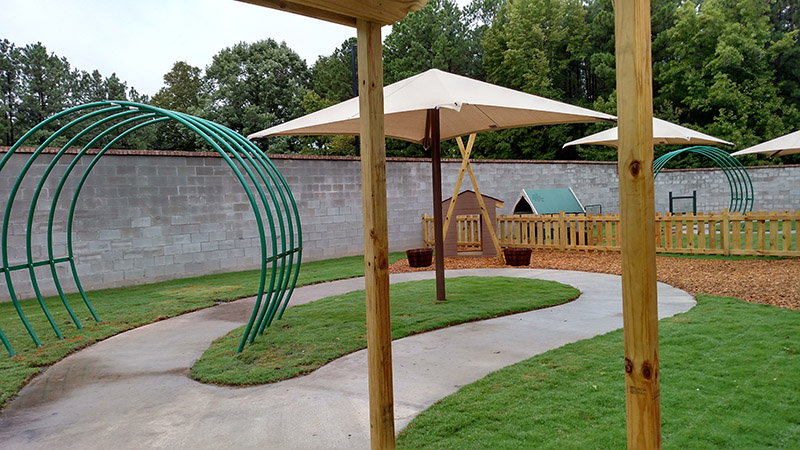 Alicia Fink, one of Oak Village Academy’s three owners along with Eli and Adam Zablud, said this is about building onto the educational practices in the classrooms, which range from students six weeks old to five years old.

“The nature piece is an enhancement on the learning,” Fink said. 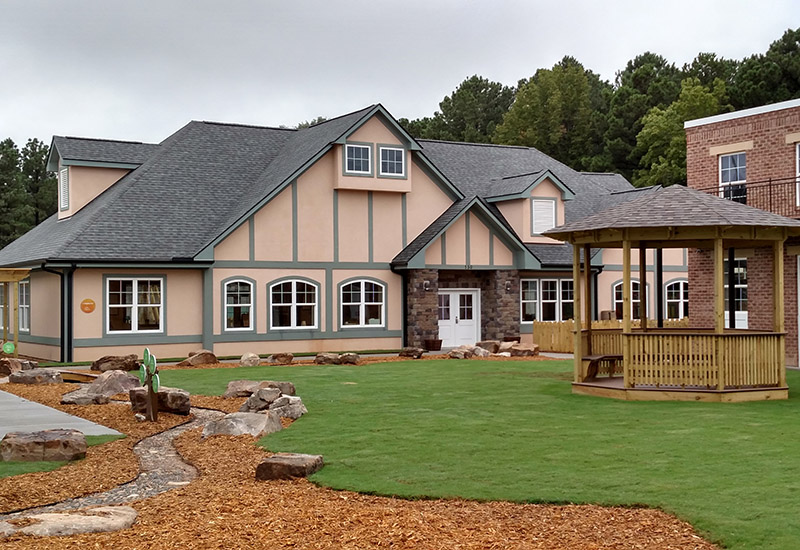 “Teachers have more individual time with children,” Fink said. “There’s time to read a book to them, give them a hug and have conversations.” 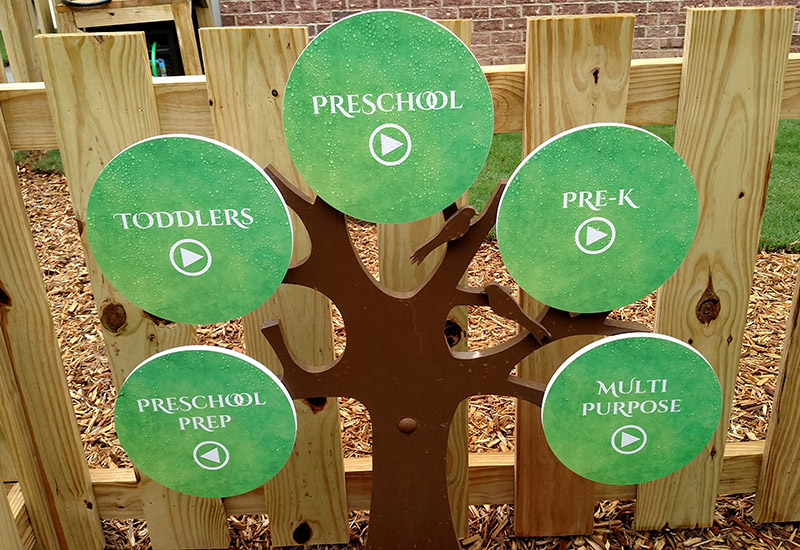 The Oak Village Academy campus has six buildings for each age group and six different architectural styles, with French Country, North Carolina, Country Farm, San Fransisco, Colorado and New Orleans. In between these buildings, there are also art fixtures such as large murals and a water feature coursing through the grounds. 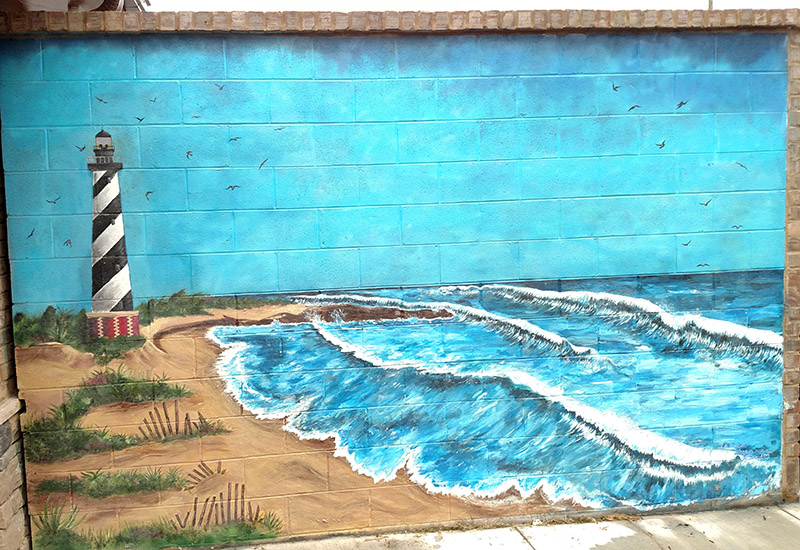 In addition to having the tight student-teacher ratios, the classrooms themselves are large and have amenities such as water bottle fillers and refrigerators but also toys and educational materials all hand-selected to work in tandem with their curricula.

“We picked things that are newer so they have a STEM or STEAM focus,” Fink said. “We also have different centers in each room, with music, science, emotional and writing for example.” 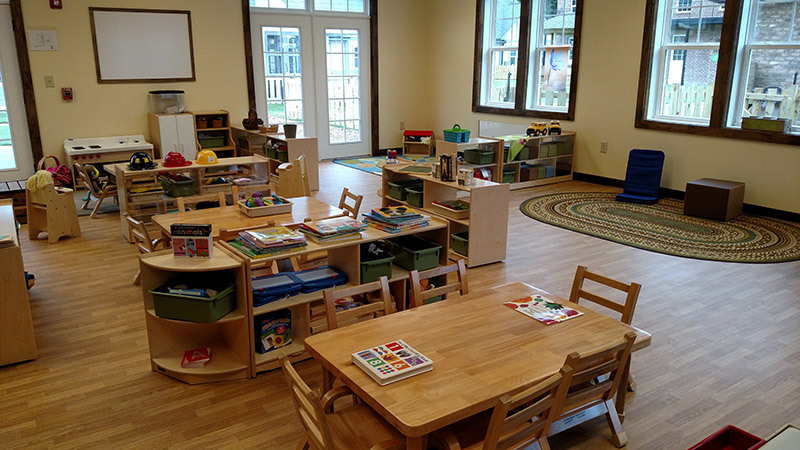 Also on campus is a gymnasium with a full-time gym teacher.

Fink said the key in any classroom is to make sure students feel loved and safe, and then education comes out of that environment.

“And with our teachers, we have one of the best teams I’ve seen in my years of early childhood development,” Fink said. “They are excited and motivated.” 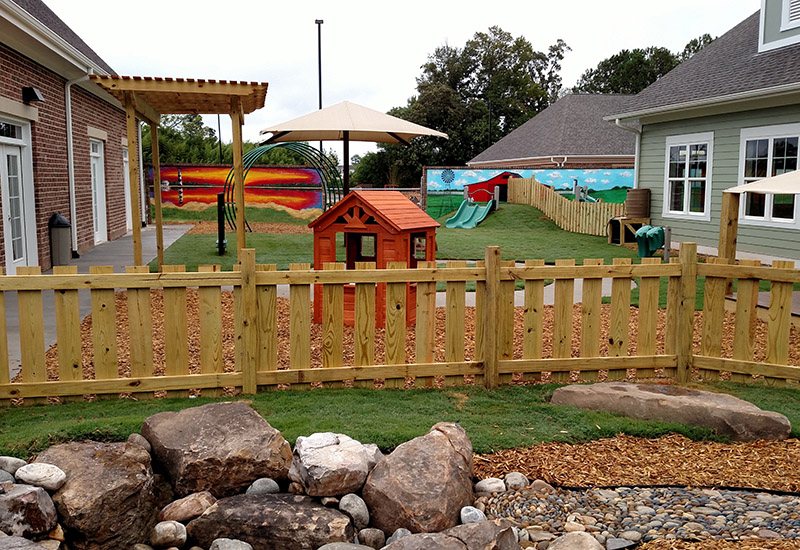 Coming Films to the Cary Theater – September 2017
Scroll to top