Cary, NC – Both the proposed IKEA and Wegmans’ projects continue to work their way through the approval process and barring any unforeseen issues should receive council approval/rezoning in the near future – the IKEA project sooner than later.

At our most recent council meeting we conducted the public hearing for the proposed IKEA rezoning and associated preliminary development plan. This was the public’s opportunity to offer comment on the proposal and associated conditions.

Here is an image of the subject property and future IKEA site. Note that only the proposed IKEA site and associated parking was under consideration and not the entire Cary Towne Center Mall site. Mixed-use redevelopment plans are in the works for the rest of the mall site and we expect to consider a rezoning for the remaining property soon. 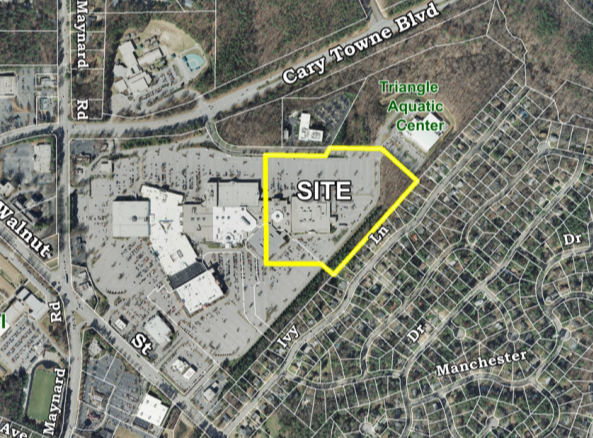 Zoning conditions offered by IKEA include:

Limiting building to 380,000 square feet of retail use

Notice the building signage says “sign” and not “IKEA”. That is because we cannot by law consider who the applicant of any rezoning is – we can only consider the use and associated conditions. Although given the request and conditions offered it is obvious who the end user will be.

All of the citizens who spoke at the public hearing were supportive of the proposal although a few did express some concerns regarding increased traffic, light pollution and the condition of the existing buffer. IKEA has agreed to make many traffic improvements as identified in the traffic analysis report and also agreed to reduce the height of site lighting to address lighting concerns. The remaining issues are minor and can easily be addressed.

Cary’s Planning and Zoning Board will now review the case and make their recommendation before the case comes back to us for final decision in a couple of months. I look forward to supporting it. This is a big deal for Cary and especially for the revitalization of the Cary Towne Center Mall and surrounding area.

The council recently visited Alpharetta, Georgia to visit Avalon, a successful mixed-use development project similar to that which is being proposed on the state-owned property along Cary Towne Blvd. across the street from the future IKEA and Triangle Aquatics Center.

There we toured the project and heard from a number of stakeholders both private and public about the project. What were some of the lessons learned? What did they get right? What would they do differently? How can we be sure that what they delivered in Alpharetta can be delivered here? Stuff like that. This was clearly the most valuable part of the visit and I believe helped to alleviate some of the doubts folks might have had. 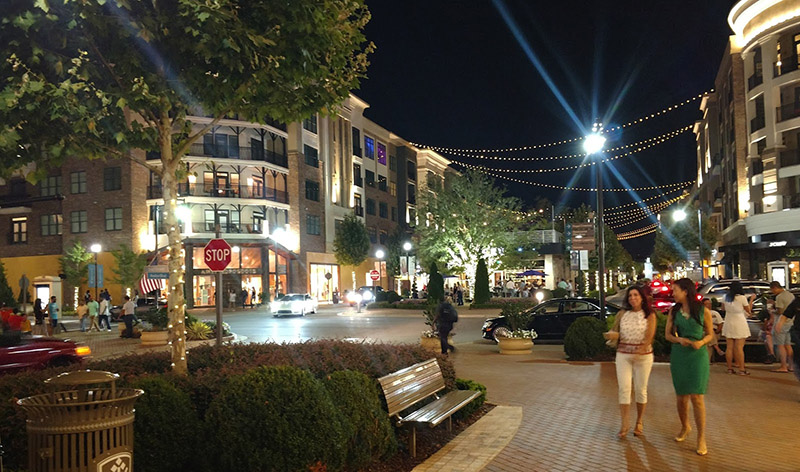 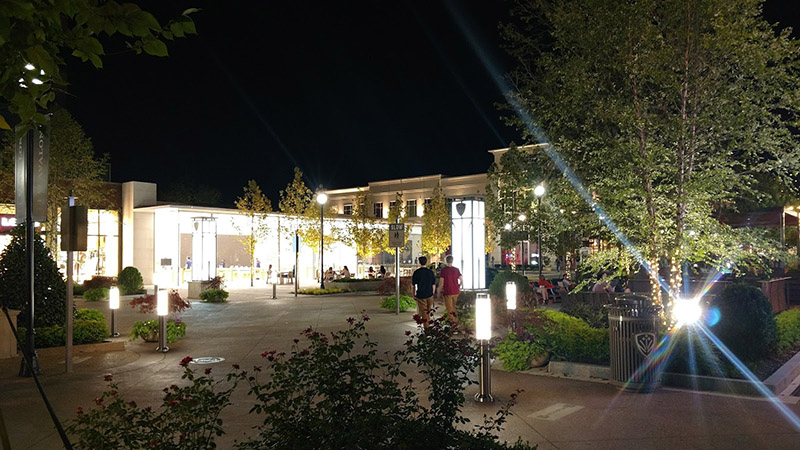 Apple Store at Avalon negates the need for street lights ; – )

As you can see, Avalon is more than a mixed-use development. It is an experience. It’s a destination – which is exactly what we are looking for on the state property. But keep in mind that we aren’t trying to copy Avalon. Cary isn’t Alpharetta. The state property is one of Cary’s last primo pieces of undeveloped land adjacent to I40 suitable for class A office development. Therefore, while a high quality project like Avalon and a Wegmans can surely work on this site, the plan MUST include a healthy amount of office development.

The good news is that is exactly the direction this proposal is headed. The bad news is that it is going to take a little more time to iron out all of the details…. because if grandma’s world-famous chili recipe says to let it simmer for 10 hours, you let it simmer for 10 hours. You don’t rush it because the end result won’t be as good as it could have been. Same thing here. We’re going to make sure this project is fully cooked before we say it’s ready. But once it’s done, man it’s gonna be good!

From the blog of Cary Councilmember Don Frantz. Photos courtesy of Don Frantz and Avalon.