Cary, NC – Two local playwrights have created a story about what it means to live in America and find a sense of belonging, all put on stage at the Cary Theater thanks to a new project by the Cary Playwrights Forum. 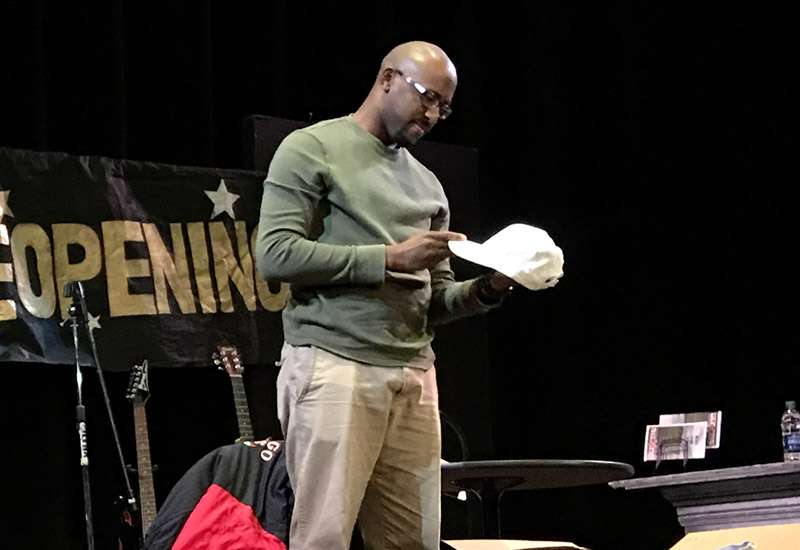 Mark Cornell and Paul Newell collaborated for their play “Dawn’s Early Light,” which will be running at the Cary Theater this weekend from Friday, November 17 to Sunday, November 19, 2017. The performance itself is three short plays that are connected by the end.

“It’s about life in America. The transient life, life on the road,” Cornell said. “Ultimately, it’s about finding home and what home means.”

Cornell and Newell both had two of the three short plays, “Heritage Speaking” and “Story Road,” written on their own when they started their collaboration, working through a “slew of ideas” to connect them before settling on their characters meeting in the third and final short play, “American Drift.”

“They take place over the past 15 years and encompass what life in America has been like over those years,” Cornell said.

The first two plays’ characters live in unsteady conditions, one growing up in foster care and another who lost her family home in the 2008 mortgage crisis, before finally meeting up “American Drift” taking place in 2017.

“As adults, they reflect on what they’ve been doing and where they are going,” Cornell said. 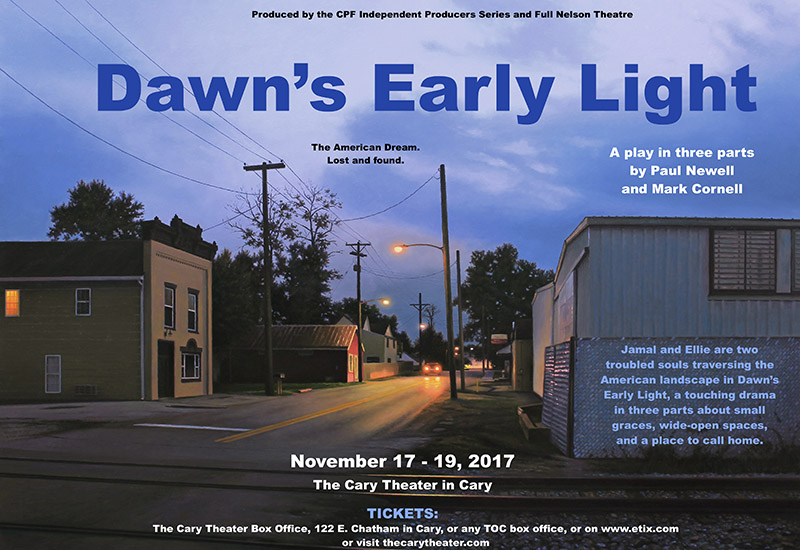 Cornell and Newell both met in the Playwrights Round Table and struck up a friendship. Later, they created their own theater company called “Full Nelson.”

“Dawn’s Early Light” is Full Nelson’s first production but it also marks the first partnership with a new initiative by the Cary Playwrights Forum. This initiative, the Independent Producers Series, aims to help local playwrights put their plays up at venues in town.

“When we first started, we tried to find venues but a lot of venues in the Triangle have been closing down,” Cornell said.

Through the Independent Producers Series, Cornell and Newell were connected to the Cary Theater and were told about the “ins and outs” of performing a show there with help from the Cary Playwrights Forum’s Lydia Sbityakov and Thom Haynes.

“They gave us some input but they also did a ton of marketing in Cary,” Cornell said. “Thom’s relationship with the Cary Theater was very important.” 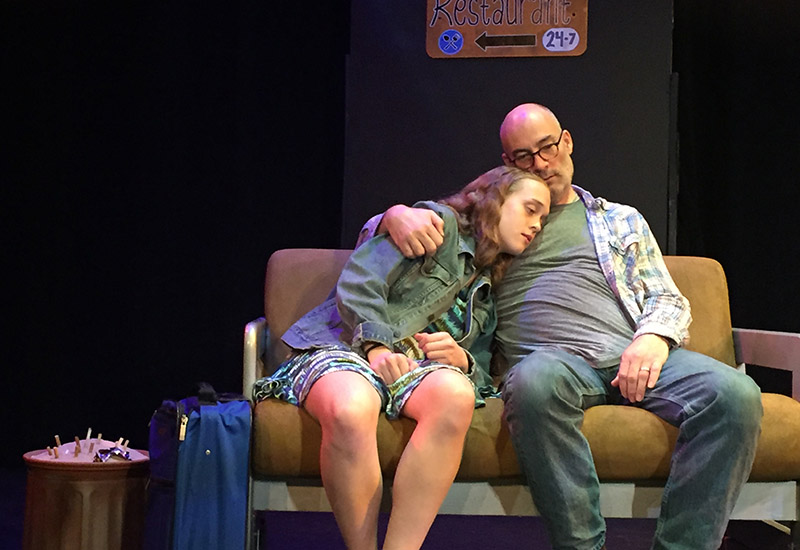