Cary, NC – Getting involved in the arts can have benefits for all parts of life, but as people get older, access to artistic expression can become more difficult. One local Girl Scout created a project to ensure Cary senior citizens got involved in painting, earning herself one of the Girl Scouts’ top awards in the process.

Brain was inspired by her grandfather, who she said she is very involved with. That led Brain to visit senior living communities to volunteer her time and she saw a decline in arts projects at Jordan Oaks after their artistic director left.

“It spoke to me on a personal level. It was an opportunity to give something to these people,” Brain said.

To create her project, Brain talked with their activities director and looked at what Jordan Oaks residents had done in the past.

“I decided it would be best to work with canvas and acrylic paint. It’s the easiest for seniors to use with their abilities, where something like water colors are harder,” Brain said. “We also did a few projects painting items such as wine bottles.”

For her project, Brain earned the Girl Scouts’ Gold Award, which fewer than 6 percent of Girl Scouts nationwide win annually. 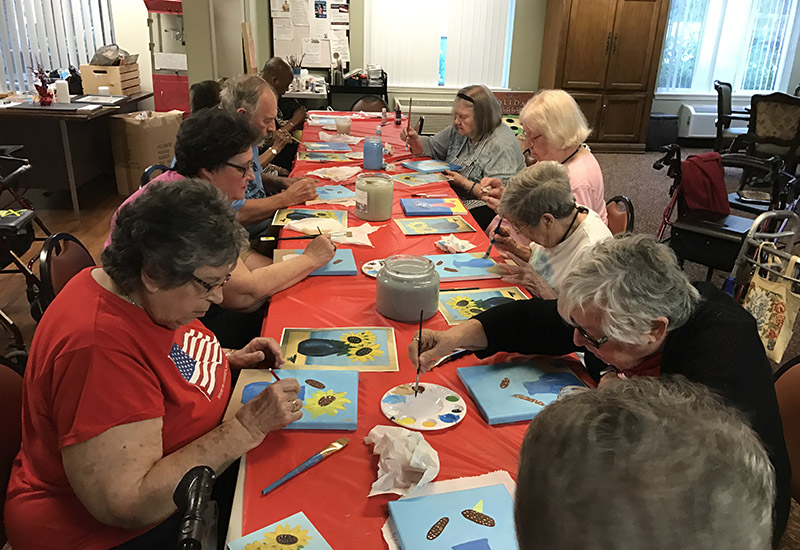 When Brain began her arts classes, she said it brought out inexperienced artists who became a consistent group.

“The first meeting I was three people and they told me they had never painted before,” she said. “But it grew from there and I had a regular group who would come in and each week they were much more confident in their skills.”

As Brain held these classes, the participating residents would also give her feedback and tell her it was helping them socialize.

“I brought friends from school to help and the residents became more social with us,” she said. “It helps them express themselves and improves dexterity in their hands.”

Through the project, Brain said it was a rewarding process.

“The biggest thing is knowing I could make a difference in their lives,” she said. 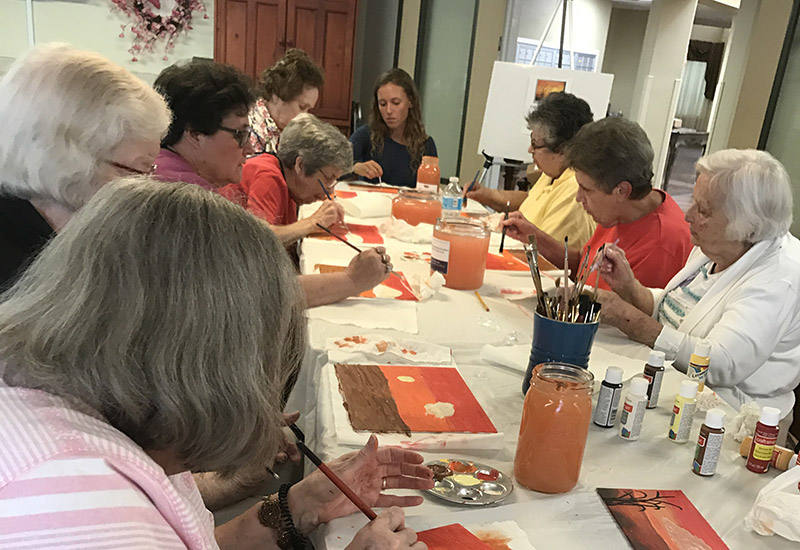