Cary, NC – North Carolina FC moves into the third round of the Lamar Hunt U.S. Open Cup after a decisive win over the Lansdowne Bhoys at home.

The second round game for North Carolina FC took place at Sahlen’s Stadium at WakeMed Soccer Park on Wednesday, May 16, 2018, with Connor Tobin making his season debut while serving as team captain. And Tobin connected with the fans quickly as he scored in the second minute of gameplay. Kyle Bekker hit a corner kick that went to Tobin, who then hit a header into the Bhoys’ net.

In the 39th minute, Marios Lomis came close to doubling NCFC’s score as he charged at the opponents’ net but Bhoys’ goalkeeper Abdoukarim Danso blocked the shot. However, five minutes later, Lomis was back with a vengeance. A pass from Austin da Luz to Dre Fortune let to Fortune heading to the right and crossing to Lomis, who scored only a few yards from the net.

The game remained a shutout for NCFC, even with a close call in the 70th minute after Lansdowne’s Ovan Oakley got into the box and shot the ball forward. But Tobin was able to make it in time to block the shot.

Then, in the 74th minute, NCFC stacked on one more point as Bernhard Luxbacher got into the box and got a high pass from Bekker. Then Luxbacher got the ball behind Danso and kicked it in for the team’s third goal and his first ever goal as an NCFC player. The match ended 3-0 and NCFC advances to the next round. 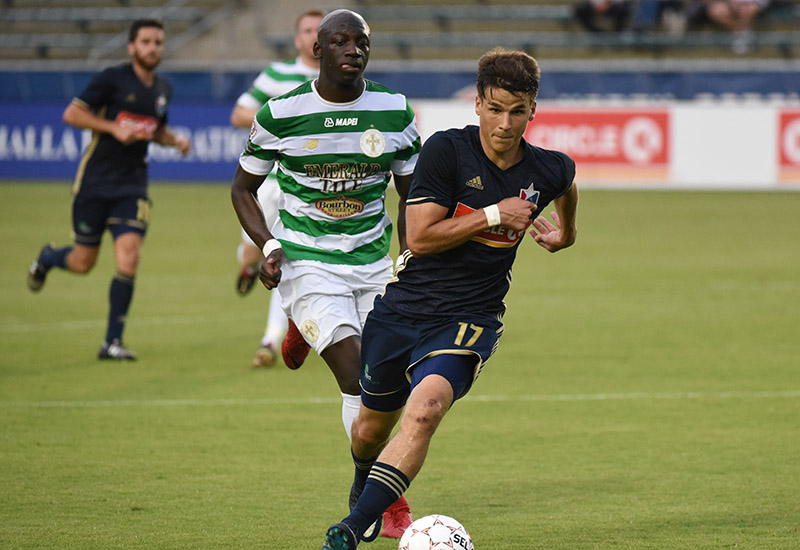 A Preview of Round Three

With the May 16 win, NCFC goes on to play the Ocean City Nor’easters, who have won their first and second rounds with three points. But for now, NCFC Head Coach Colin Clarke said he was very happy with last night’s result.

“Got some minutes in to some younger kids at times. Overall, a pretty professional performance. It was good,” Clarke said.

In their history in the U.S. Open Cup, the Nor’easters have five upsets over professional teams. 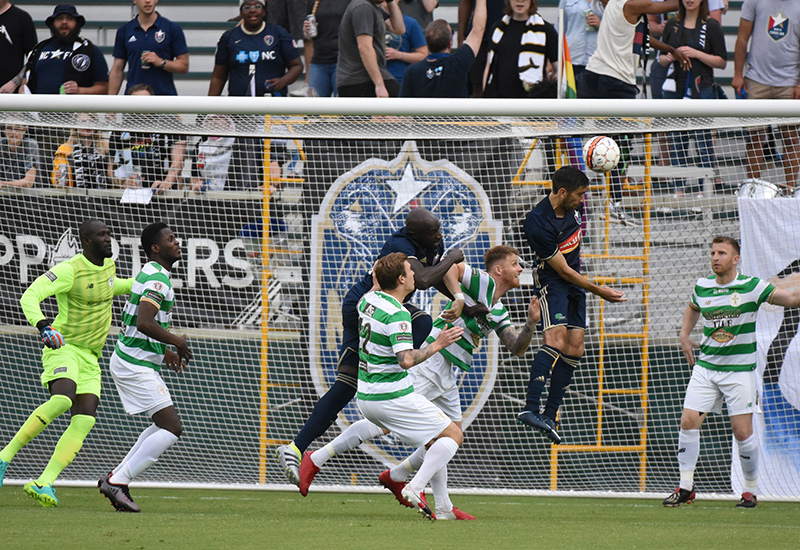