Cary, NC – Since 2010, the Tobacco Road Marathon has raised money for local causes on one of the most popular running roads for Cary residents. In their upcoming event, the marathon is set to hit and pass the $1 million milestone.

The Tobacco Road Marathon takes place on the American Tobacco Trail, with both a full marathon and half-marathon available for participants. Thus far, the marathon has raised $915,000 and marathon board member Mark Dill said the event typically raises $150,000 a year so the next marathon will surpass $1 million.

“There’s something magical about seeing ‘$1 million’ so I think this milestone is gratifying,” Dill said. “It’s especially rewarding because everybody is 100 percent volunteer. None of the volunteers or board of directors get paid for this.”

Because the marathon is made up of volunteers, Dill said the money raised is all profit, which goes to organizations such as the American Red Cross, Hope for the Warriors and Juvenile Diabetes Research Foundation (JDRF), which have chapters in Raleigh.

Chris LaTurno, executive director of the Triangle/Eastern North Carolina JDRF chapter, said they have been partnered with the marathon since 2014 after past experience with Allscripts, one of the marathon’s sponsors. And since 2014, LaTurno said the marathon has helped them raise more than $300,000.

“It’s funding a lot of hope,” LaTurno said. “We’re the largest type-one diabetes researcher in the world. The majority of those funds go toward research and we’re lucky to have research going on here in the Triangle.”

In addition to funding research, LaTurno said the money raised through the Tobacco Road Marathon also helps fund year-round outreach events between families with new diabetes diagnoses and families with experience treating and managing the disease, including picnics, baseball games and more.

The local JDRF chapter is also providing 60 volunteers to the marathon and both LaTurno and JDRF Chief Mission Officer Aaron Kowalski will be running in the 2019 marathon.

“Bringing in volunteers helps because it’s people they don’t have to get or have to pay,” LaTurno said. “We want to congratulate the team on hitting that $1 million mark. We can’t thank them enough.” 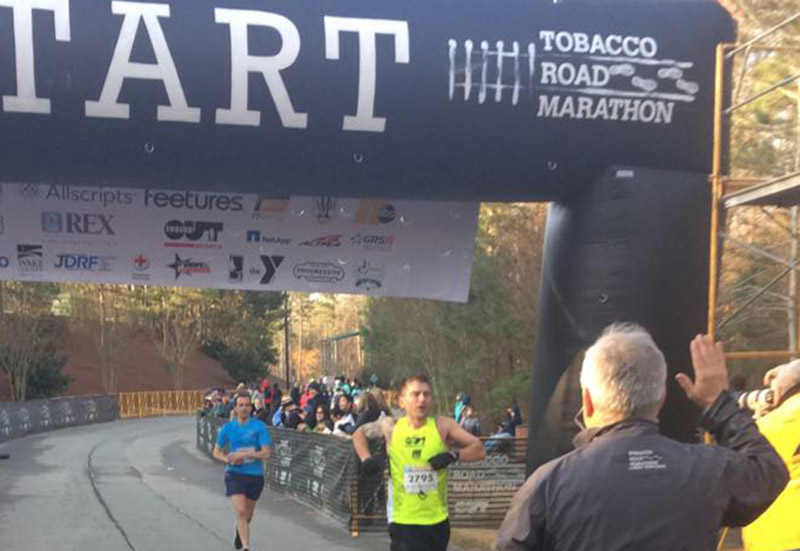 The Tobacco Road Marathon has the distinction of being the only Spring marathon in the Triangle and Dill said it help to be based around Cary, which he said is known as a “running town.”

“I run and it’s nice to have it in your backyard,” Dill said.

Dill said there is also an advantage to the marathon being held on the American Tobacco Trail because it means local participants can train on the same course the marathon will be on.

“Runners know there’s a memory to running. Your body gets accustomed to the undulation of the road,” Dill said.

With an attention-grabbing milestone of “$1 million,” Dill said they hope this will attract more people to this race, while also advertising the marathon on social media where he said most runners are active.

“I want to make sure people know they can be apart of this,” Dill said. “And you don’t have to be a runner to make a contribution.” 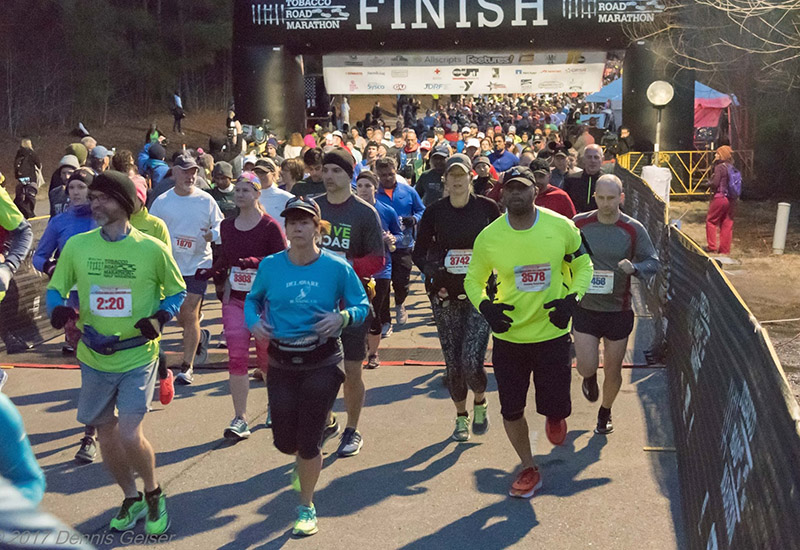