Cary, NC – For many years, near the end of the school year at Cary High, every graduating class was taken on a trip. Here are some fond memories of those trips by the students.

When I was in high school, every senior class was taken on a trip at the end of the school year, and they usually went to Washington D.C. Our graduating class of 1953 decided we were going to do a little bit more. We were going to New York City. Clare Marley, the drama teacher, was all for it because she wanted us to see a Broadway play. So we chartered a bus and off we went.

They were very brave chaperones. We saw Mary Martin in South Pacific, and it was absolutely wonderful. We were in the nosebleed section, but that didn’t matter to us. We were on Broadway. We were gone a week and that was quite a feat. We did all sorts of things to earn money to make that trip. After that, then other classes started going a little bit farther than Washington D.C.

I graduated from Cary High School in 1949, and we were not taken on senior trips by then. But we did go to Red Springs one time, and to Flora McDonald College when it was a private, all girls’ college and quite exclusive. We were taken there because they put on Shakespearean plays.

As a drama teacher, Mrs. Marley was very much into Shakespeare. So we went to Flora McDonald College and saw three Shakespearean plays in their amphitheater in one afternoon and night. When we got back to Cary, we had quite enough of Shakespeare for a long, long time.

My older brother was in the Cary High School class of 1939, just before World War II. I remember that Dad Dunham, who taught agriculture and farm life, took his students to the World’s Fair in New York City that year.

I don’t know how they went up there and came back. Maybe they went by train. I don’t know, and I never asked.

The 1939 World’s Fair in New York City was the first exposition to be based on the future, with an opening slogan of “Dawn of a New Day.” It allowed all visitors to take a look at “the world of tomorrow.”

Many countries from around the world participated, and over 44 million people attended its exhibits in two seasons. 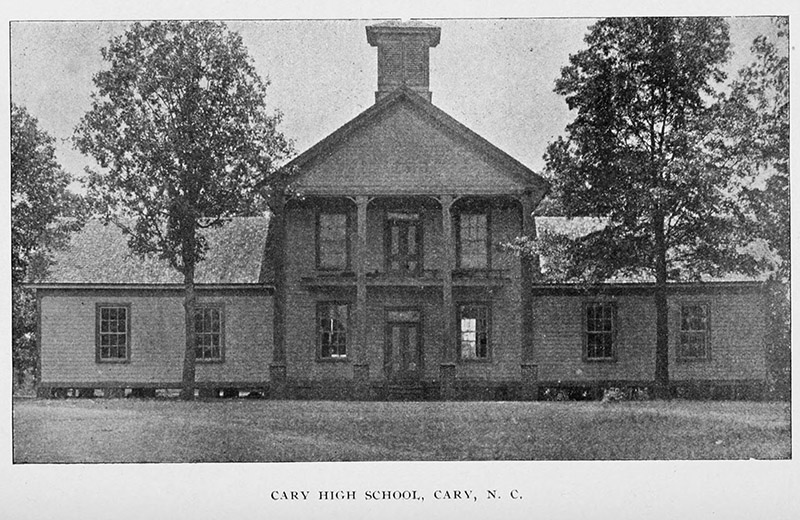