Cary, NC – If you’ve been to any nearby colleges or large urban areas, you have likely seen the various brands of rentable electric scooters either in use or laying in wait. Now one of these scooter brands is in Cary and town staff are waiting to see how they should be regulated.

Bird is one of several electric scooter-sharing companies operating in the Triangle, with LimeBike the next most prominent company here with both electric scooters and traditional pedal bicycles. These are two wheel scooters powered by an electric motor that people can pay to rent or “unlock” on their phone, ride, then relock and leave. Then a new person comes, unlocks the scooter and the cycle continues. Scooters are collected at night by employees, recharged and then returned.

Bird scooters appeared in Cary a few weeks ago and so far have mostly only been seen in Downtown Cary, though some have also been spotted around the intersection of SW Maynard Road and Kildaire Farm Road.

Deanna Hawkes, Cary’s Deputy Public Information Officer, said the town was not notified before Bird left scooters around Downtown Cary. Currently, she said the town is not working on regulations or ordinances for Bird.

“We’re in the process of learning from the experiences of our neighbors, trying to understand gaps in our state laws and/or ordinances and considering options to meet the needs of our citizens while also protecting their safety,” Hawkes said.

Raleigh and Durham are both looking into regulations on not just Bird but all electric scooter-sharing companies. These include limiting the number of scooters each company can leave in the city (Raleigh is considering a limit of 500 scooters per company, capped at 1,500 scooters total), set times when companies must collect and recharge scooters, regulations that make it clear scooters must be off of sidewalks and riders must wear helmets just like ordinances for bicycles and more. 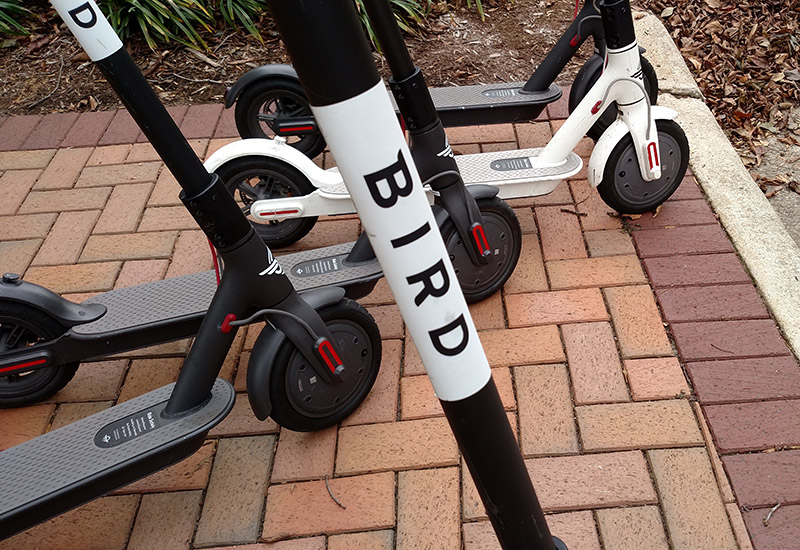 To know more about Bird, the only option was to ride one. So I took a test ride of a Bird scooter back and forth through Downtown Cary. It’s $1 to unlock but another 15 cents for each minute you ride, so a half hour ride equals about $6. That feels like a price you would pay for convenience rather than strict practicality. It also seems to make Bird more of a ride for commuting and getting to work or appointments than for something to ride for fun.

The ride itself is very smooth. Both the wheels and the foot pad are thick and wide enough that I never felt like I might tip over by accident, but I wouldn’t want to test this out by ducking and weaving through a more crowded street or dart around obstructions.

As far as speed, in my ride, I got to a brisk running pace. It seems like bicycles can go faster than a Bird scooter but I wasn’t going down any significant hills and frankly I wasn’t trying to see how fast I could possibly go.

Similar to speed being manageable, the break pump worked well also and let me reduce my velocity safely, though I still found myself using my feet to slow myself down out of habit.

All in all, it was a good ride. If you need to get around Downtown Cary and want to avoid driving up and down Chatham Street, it’s a practical alternative. But that does illuminate the one point I noticed most about these scooters: they only seem practical, in Cary, for downtown. Most of the town is linked by roads that are too busy or fast-paced for Bird scooters to be ridden safely, I would think. While you do see Bird and LimeBike in and around college campuses as well as dense urban areas in the Triangle, the schools in Cary don’t seem big enough to necessitate these scooters, although it may make sense on Wake Tech campuses and it’s possible the scooters have already turned up there. These scooters would ride well on paved greenways but that will also depend on if there are enough chargers and collectors in Cary to go out and find them. 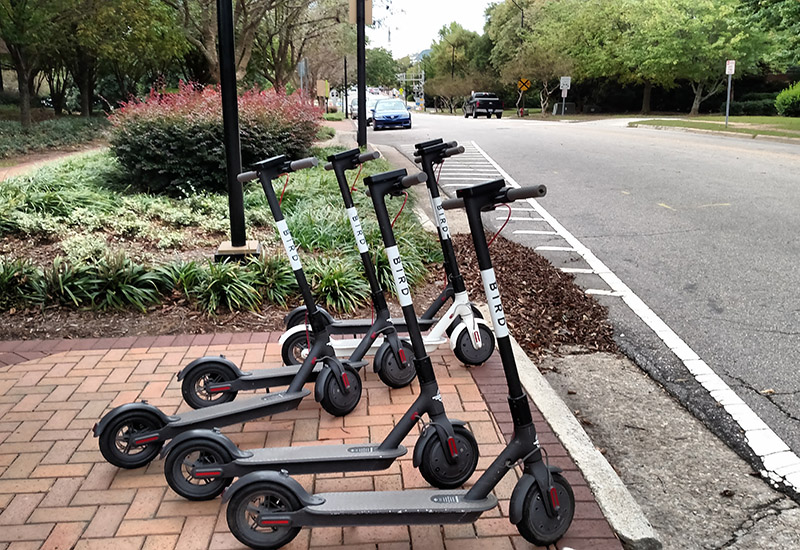 Fall for Cary Festival Expands Across Downtown in 10th Year
Scroll to top
%d bloggers like this: