Morrisville, NC – Morrisville has grown a lot since the 1980s when the Morrisville Aquatics & Fitness Center was originally built. To meet the current needs of the community, the center will undergo construction and renovations to expand and update it, and will close for almost a year until everything is completed. 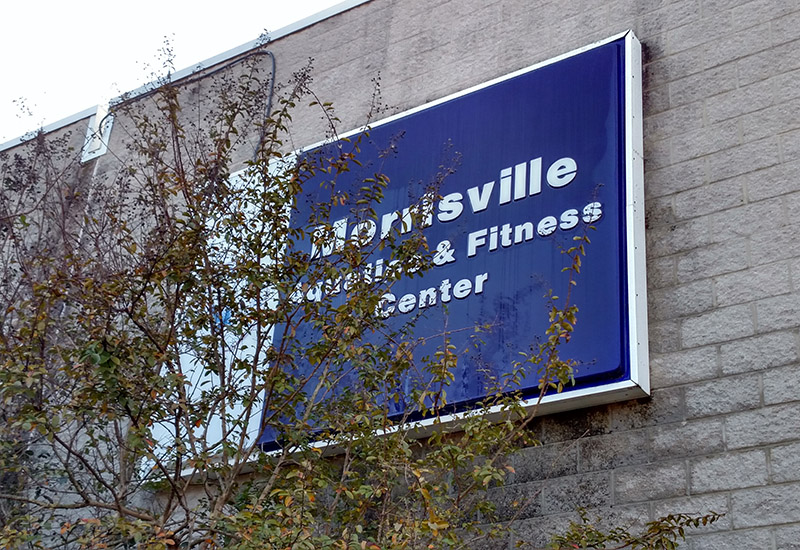 Starting Friday, November 16, 2018 at the end of the day, the Morrisville Aquatics & Fitness Center on Morrisville Parkway will close as the building undergoes extensive reconstruction. While the building’s shell and around two-thirds of the square footage will stay the same, there will be some serious changes as the existing tennis courts, basketball courts and pools will be demolished during construction.

The biggest planned change is the pool area, which will now be an indoor natatorium with a recreational pool, a six-lane lap pool for exercise (the current pool has four lanes) and a water play area for children. The new indoor natatorium will also have room for activities such as water aerobics.

“The roof has two sides that can retract so in the summertime, it allows the heat to escape and the air to circulate,” said Jerry Allen, Morrisville’s Parks, Recreation and Cultural Resources Director. “It will feel like an outdoor pool.”

The center’s pool is currently open year-round but keeping it open in the Fall and Winter months requires putting an inflatable dome around it, which both Allen and Morrisville Public Information Officer Stephanie Smith said is a long and difficult process.

“We also have to close the pool for a week or two when the dome is being put in and then again when it has to come down,” Smith said. 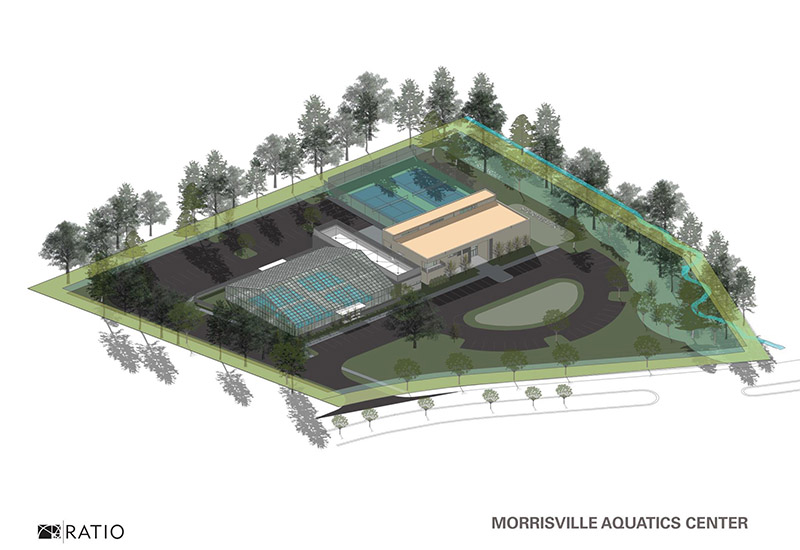 Other changes include building a new locker room in between the center’s main building and the indoor natatorium, while the existing locker room will be demolished and replaced with the weight room. Using the new space from the locker room, the aerobics and fitness room will expand, creating new space for classes and programs.

“There are people participating in these classes now that have to be in the hallway. There is not enough room,” Smith said. “This will let us continue our current programming more effectively.”

Construction is expected to be completed by late 2019.

New Center for a New Morrisville

While construction is set to start November 2018, the bond referendum for this project was approved and passed back in 2012. The Morrisville Aquatics & Fitness Center was built in 1988, when the town had fewer than 2,000 people. Now, Morrisville has more than 26,000 residents.

“Over time, we realized the town’s size had outgrown the facility,” Allen said.

After going through two private owners, the Town of Morrisville bought the building in 1993. This is not the center’s first renovation, as the racquetball court was rebuilt at one point and the whole building underwent another renovation in 2004, but nothing on the currently planned scale. 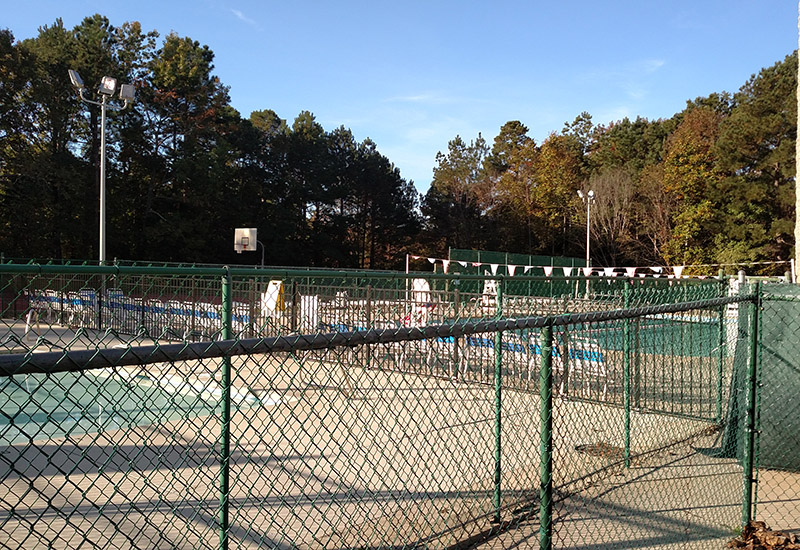 The current pool at the Morrisville Aquatics & Fitness Center

With the updated building, Allen said there are plans for more programming at the Aquatics & Fitness Center, primarily with the pool. The tennis court is shrinking from three courts to two but Allen said programs will continue there as normal.

The center is planned to open all at once and not in stages and Smith said there is work in progress for some sort of celebration when it is all done.

For Morrisville residents looking to a place to swim during construction, the town website suggests the Historic Christian Church and Silverton pool, with more information on the Parks and Recreation website. 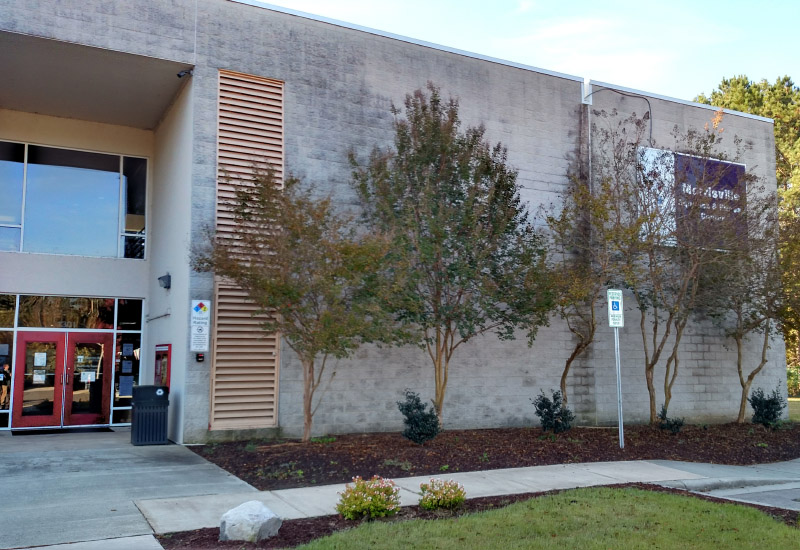 November 2018 Films at the Cary Theater