Cary, NC – If the United States’ current growth continues until June 2019, the country will have its longest period of sustained growth in history. But with such long-term growth comes fears about when recession will hit again and that was the topic of this year’s Economic Forecast Breakfast at the Cary Chamber of Commerce. 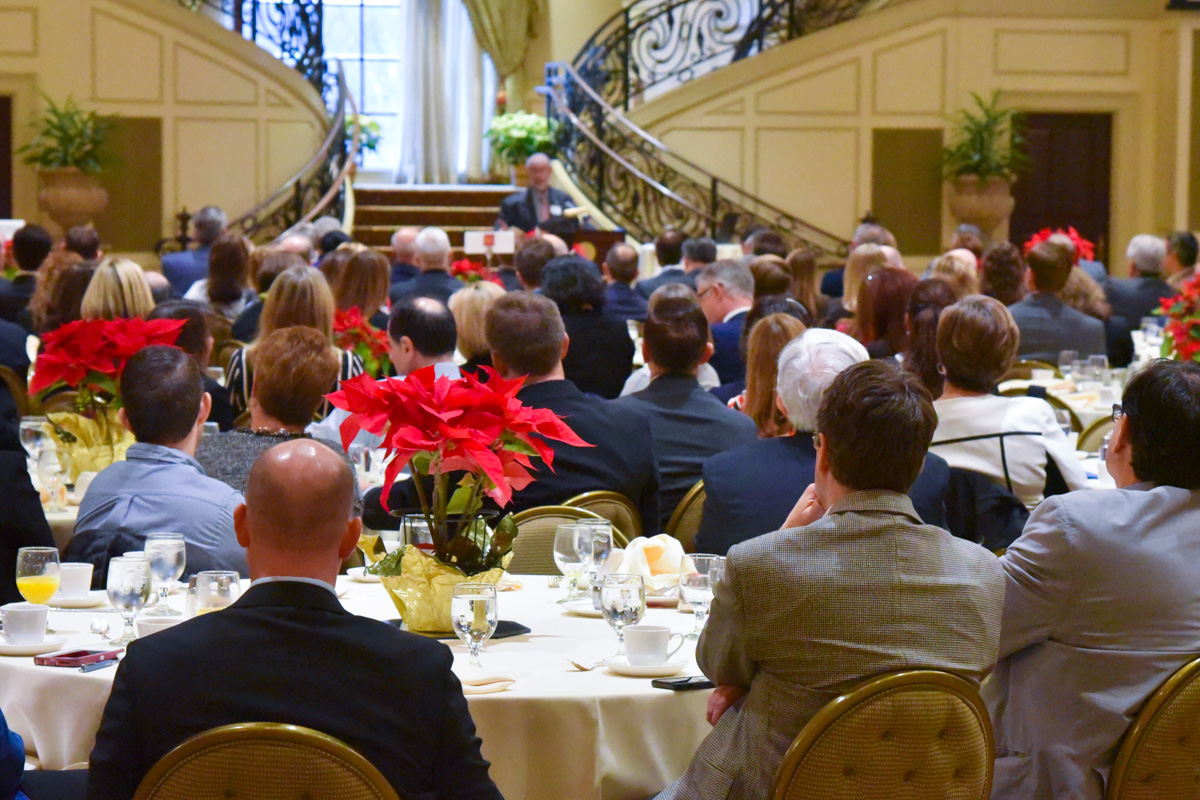 What Could Cause a Recession?

Every year, Michael Walden, William Neal Reynolds distinguished professor at North Carolina State University, shares his opinion on the new year’s economic forecast with the Cary Chamber of Commerce. At the Thursday, January 3, 2019 talk, the top subject with Walden and those gathered was if a recession would come and how soon.

“In a survey of economists, they say they do think a recession is coming but it’s a mild recession and it won’t be this year,” Walden said. He also said this is closer to his opinion and he thinks 2020 is likely for a recession.

Walden also added some economists do not think a recession will come soon, with some pointing to a brief, quarter-long drop in 2015 as an example of a recent recession that has already happened and others saying recent tax cuts and deregulations have “changed the engine” of the economy.

One of the top possible causes of a recession in Walden’s opinion is trade policy. Currently, the United States trying to create a new trade treaty with Mexico and Canada but those other countries will need to agree to the proposal.

“It’s also uncertain if either chamber in Congress will approve it,” Walden said.

If there is no new trade deal made, Walden said the United States may pull out of NAFTA and have no deal in its place, which he said would be bad news for North Carolina.

“North Carolina agriculture has definitely benefited from NAFTA if you look at the numbers,” he said.

There is also the matter of tariffs and a possible trade negotiation with China. If there is no deal struck and tariffs start applying to all Chinese exports, Walden said the United States could lose 0.4 percent of its GDP growth. 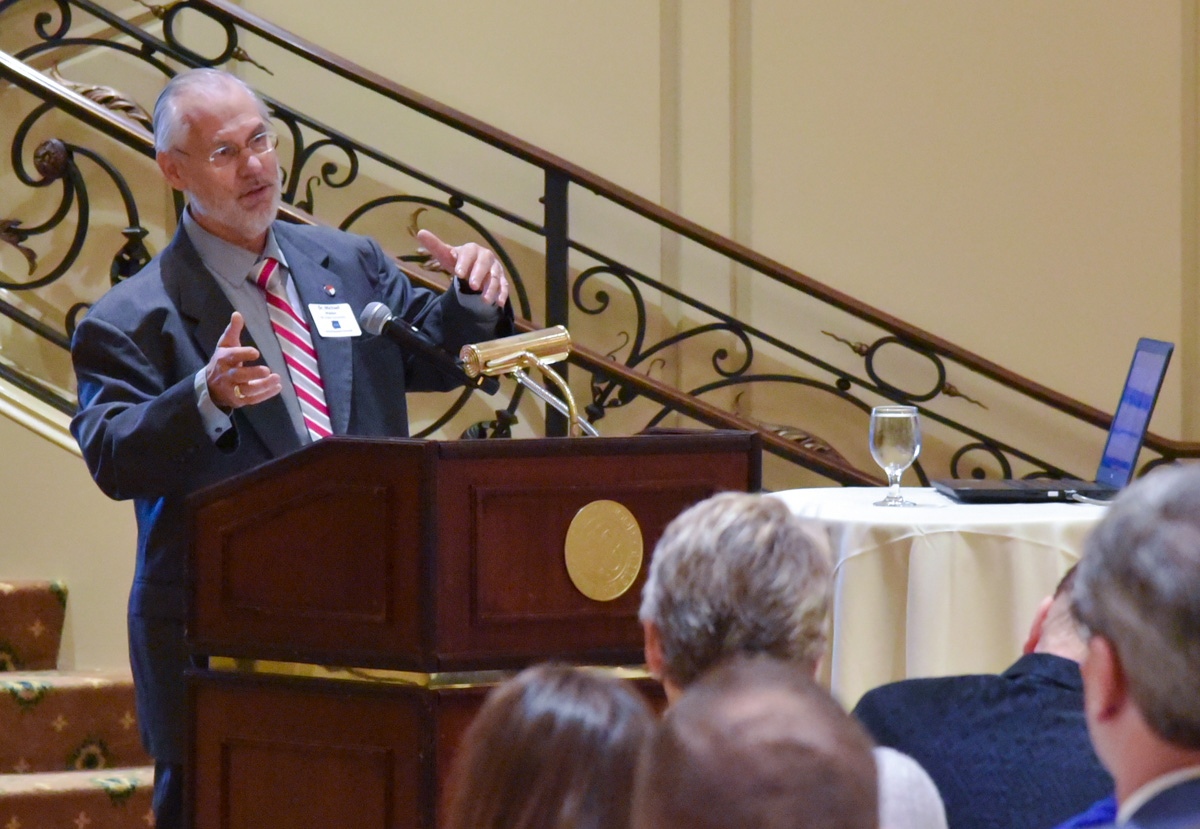 The stock market is currently falling but Walden said it is likely being driven by emotion rather than anything in the economy itself, so he said this is over-valued at the moment. If the Federal Reserve stops raising interest rates, which Walden said may be coming soon based on recent comments by Reserve Chair Jerome Powell, then Walden said the stock market could rise again.

Speaking of Federal Reserve interest rates, they have been gradually rising after being historically low and Walden said if that continues, it could spark a recession. President Donald Trump has been outspoken about wanting the interest rates rising to stop but Walden said this is not out of the ordinary.

“Every president I can think of, when the Federal Reserve raises interest rates, pushes back. The difference here is just that President Trump is being more public,” he said.

Rising interest rates could result in a larger percentage of the national budget going to paying off the debt, which has been very low as of late. Walden said fears about the national debt are largely overblown but said the real concern is when more of the budget has to go to paying that debt, which takes funding away from other government services and that could lead to a recession.

“The true cost is opportunity cost,” he said. 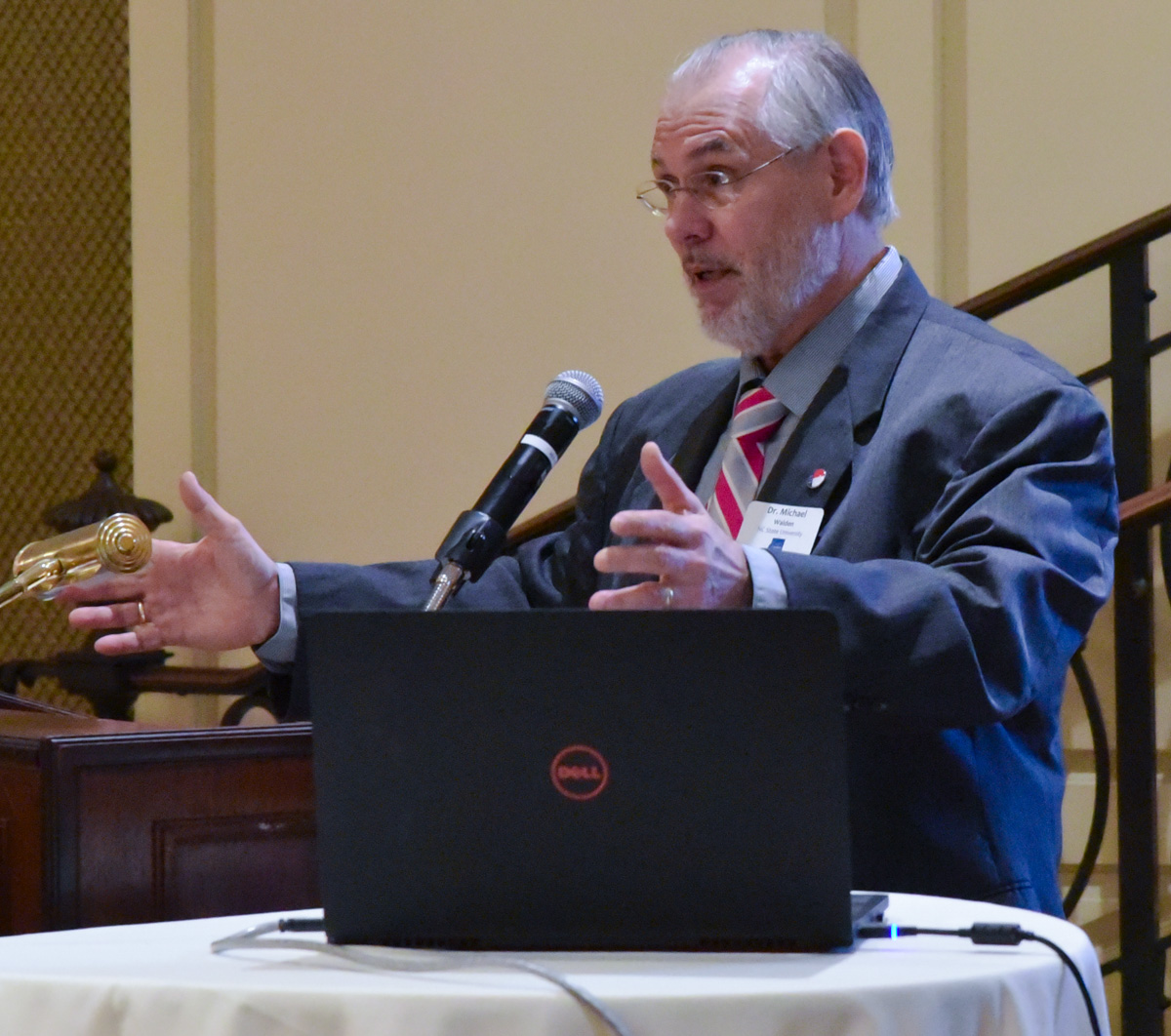 The Great Recession was caused by individual debt, namely mortgages, but Walden said he does not think that will be the cause of the next recession. He based this off of evaluations of what people are spending to pay off their debt as a percentage of their personal income.

In North Carolina, job growth is up, with the state adding 100,000 net jobs in 2018, which is more than most states in the nation.

Growth continued nationwide throughout 2018, with GDP growing 3.2 percent and 2.5 million net jobs added to the United States workforce. In Wake County, job growth was 3.6 percent, compared to 1.5 percent nationwide. In Cary, the average annual earning is 39 percent higher than the United States average, so Walden said this area is positioned better than many other places in the country if a recession does hit.

Walden sees more tourism from China as a possible economic engine in North Carolina, with RDU International Airport looking into a non-stop flight to China. Also, as the global appetite for meat is increasing, North Carolina’s meat production is becoming one of its largest industries.

When asked by Morrisville Mayor Pro Tem Steve Rao about automation and how that will impact jobs and careers in the future, Walden suggested students who are into STEM study logistics in college.

“People good at logistics are going to rule the world,” he said.

Walden also talked briefly about Amazon and Apple both not opening offices in the Triangle, although he said Apple may be purchasing space in RTP still. But Walden said the fact that the Triangle was considered at all shows that it is a vibrant and competitive economic center and said not getting these big projects may be beneficial.

“It can be better to hit singles and doubles versus a grand slam,” he said. “That way, we can have the time to absorb smaller bouts of growth.”

Also at the meeting, North Carolina Representative Gale Adcock was sworn in for her third term, with Cary Mayor Harold Weinbrecht reading the ceremonial declaration. 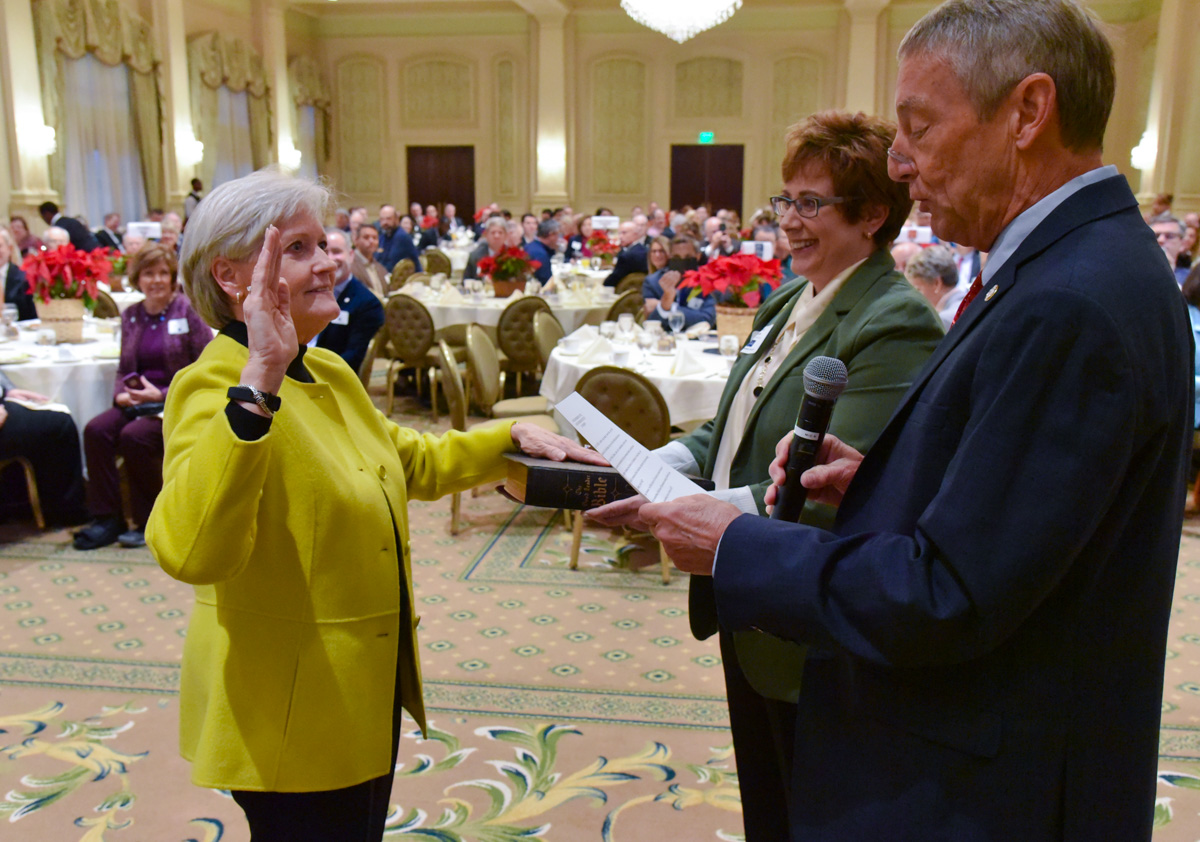