Cary, NC – The defending Stanley Cup champs, the Washington Capitals, swept the Canes in a crucial home and home series this week with a 3-2 win over the Canes at the PNC Arena Thursday, March 28, 2019. The Canes still sit in the top Wildcard spot but the entire Wildcard got interesting this past 24 hours as Columbus beat Montreal, so both have 90 points with the Canes at 91.

Sebastian Aho won the opening faceoff and the Canes were off and running. With just 10 seconds into the match, Justin Faulk passed to Justin Williams along the half board. Seabass was in constant motion getting a pass from Willie down low, making a crisp pass to Nino Niederreiter for a lunch shot that Braden Holtby made his first of a slew of amazing saves. The Caps responded by putting three high quality shots on Curtis McElhinney within the next three minutes with CMac making quality saves in front of his net.

After a great body block by Brett Pesce in the Canes D-zone, Seabass picked up the puck then passed to Willie in the neutral zone, bringing it in over the Caps’ blue line. Seeing El Nino cutting hard, Willie fed him a nice lead pass that El Nino was able to get a shot off but Holtby blocked pushing the puck wide off the left side of the net. El Nino kept his eyes on the puck and while on his belly on the south side of the goal line extended his stick and hooked the puck into the net for th early 1-0 Canes lead.

The Caps answered just 42 seconds later after Calvin de Haan made a pinch in the Caps’ end, a defender did an alley oops pass to get the puck out of the zone. Michael Ferland jumped and tried to snare the puck but was inches short allowing the Caps a 2-on-1 that Brett Connolly put past CMac to tie the game. Good teams bounce back quickly and the Capitals are a very good team. The Canes tried their own bouncy back when the first line was back on the ice, all three forwards and both defenders had quality shots that were either just wide, blocked by a defender or mostly had Hotlby doing handstands making saves.

Maybe it was veteran vs. rookie, but just as the Caps were clearing their zone, Holtby corkscrewed Svech for an obvious penalty but the refs on the ice saw it differently than the numerous refs in the stands. As the new Dunkin Donuts commercial has it: hey ref, check your voicemail as you missed some calls. 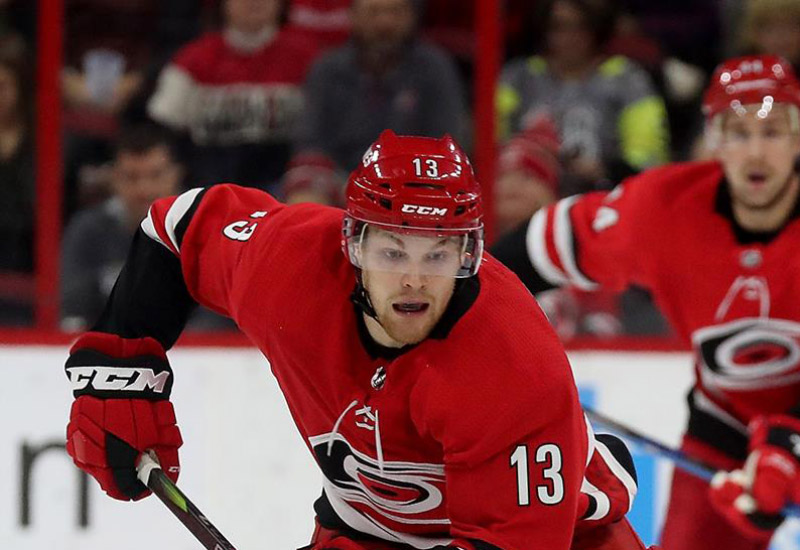 Holtby continued to be on his game in the second as the Canes came out on fire and turned their offense up a notch. With the second line on the ice, Andrei Svechnikov was doing what looked like a possession and passing clinic. He was mostly behind the goal, out-muscling whatever defender had the short straw to defend him, made several self passes off the back of the goal, off the boards or around a defender then passing into the dirty area.

Jordan Staal was anchored in front of the blue crease with Holtby and a defender either trying to push him away or whacking him in the legs to move. The Canes took the first penalty of the game and with Washington the #2 powerplay in the league. This was a key kill that the Canes executed well as the Caps were able to get just one shot off that wasn’t all that impressive. Late in the period, rookie Warren Foegele had a highlight reel maker that resulted in the Canes going up by one.

Justin Faulk was right in front of CMac, passing to Foegele at his blue line. Foegele turned on his jets picking up speed through the neutral zone with Nick Jensen picking him up at the Caps’ blue line but Foegele attempted a dipped doodle but got lucky with the puck hitting a skate going back in his stick just as he dropped his shoulder to power past Jensen, toe dragged the puck around Holtby, then slamming it into the empty net. His smile and Michael Jordan-like tongue wave said it all.

On paper, the Canes had everything in their favor. They scored the first goal of the game and entered the third lead. When either or both happen, the Canes have an impressive record but no Rod Brind’Amour team will play based on records. Neither will the Capitals.

With a line change for the Caps going on, Evgeny Kuznetsov made a 60-foot cross ice pass to Jakub Vrana right at the Canes’ blue line who just came over the boards. Ferland, on the end of his shift, was filling in for a defender but Vrana blew by Ferland to go in unchallenged to the goal putting a laser shot past CMac to tie the game. Both teams played the tight checking third period both coaches were no doubt demanding.

The Canes wound up getting 10 shots in the period with at least four class-A chances, none more so than when El Nino had the puck six feet in front of the net and with all the time in the world, dusted off the puck looked up and picked a spot only to have Holtby make another incredible save with El Nino just standing still bowing and shaking his head in disbelief.

Late in the period, Seabass won a battle deep in the Canes end, flinging it around to hopefully clear the zone on the far side. Unfortunately Nick Jensen got the puck just inside the blue line, tossing it to the net where fourth-liner Nic Dowd angled his stick just so to put the Caps up by one.

The loss makes every remaining game that much more of a must-win situation. Next game is Saturday, March 30, 2019 against Philadelphia at 1:30 PM. The Flyers usually have a strong fan presence at game. For all those Caniacs, be there and be loud! 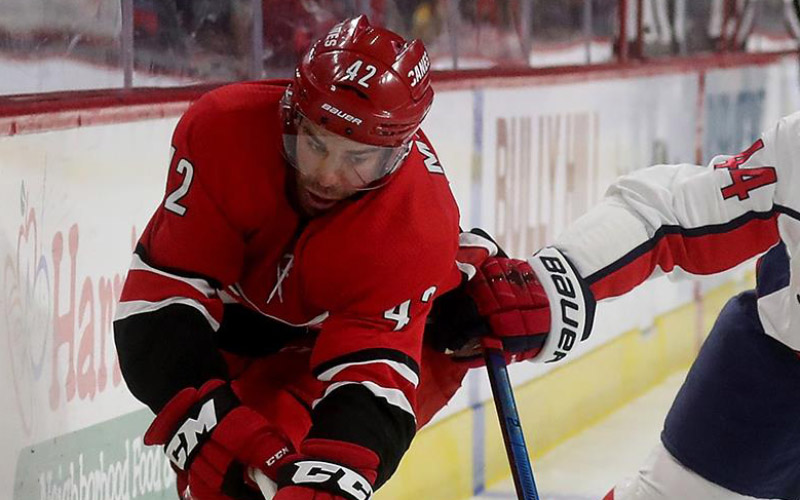