Cary, NC – William “Billy” Rogers died recently, and now the Chatham Street Commercial development group is planning to buy the Rogers Motel building and tear it down for commercial and office space construction.

When the building is lost, the history that took place there does not need to disappear with it. In August of 2000, Billy gave us an oral history interview. Here is what he told us at that time about his family’s businesses.

In the 1950s, my father opened a restaurant on East Chatham Street. Then in 1961, he bought this building at 149 East Chatham and moved his restaurant here. In 1966, Barbara and I bought the building from him with the restaurant and a small motel attached, so when we took over the restaurant from Daddy, we also took over the motel. It had seven rooms and an apartment. In 1980, we built five more rooms on the back. Most of them are rented weekly to construction people, but we’ve had lots of people stay here with all kinds of problems. I think we’ve been able to help some of them, while others we think nobody could ever help, but we feel for those people. We sometimes don’t know how to help, but we do the best we can for them.

One man that stayed here for ten or fifteen years had been in prison for 33 years. At that time, his was the longest consecutive sentence of anybody in the North Carolina prison system who had then been paroled. His sister made the arrangements with us. We had a former Cary town manager who lived here for years for lack of a nursing home. 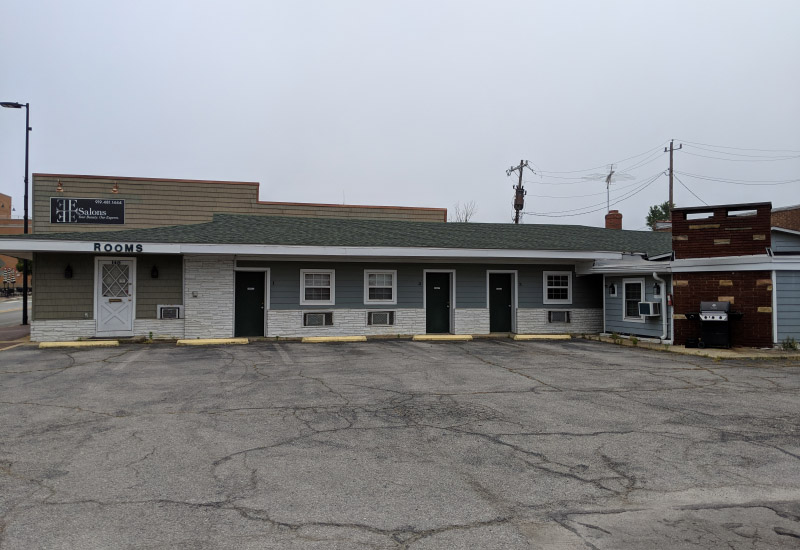 When he became blind, every morning we’d lead him over to our restaurant for breakfast, then take him back to his room. A young black man and white girl once came to our door looking for a room. They moved to Cary to get away from a segregation problem in South Carolina. He was already working painting houses, while she got a job at Food Lion two days after they arrived. In a few weeks they had saved enough money to rent an apartment. We don’t care what nationality they are or what their problems are, as long as they’re not a problem here. We want to give people a temporary leg-up to improve their lives.  Some of them quickly do a lot better while others have stagnated and stayed on for a long time.

A black lady who was born in 1922 worked with Daddy long before we bought the place and she stayed on working with us.  She lived beyond Carpenter and that was too far for her to come, so in 1974, we bought a lot on Johnson Street and built a rental house for her. She still lives in that house and still works forty hours a week at Biscuit Time. I’d love to sell that house but I never will as long as she lives in it. She’s precious to me.