Cary, NC – Anyone passing through Chatham Street will have noticed the new mural in progress downtown. Hear from the artist behind the mural and learn about his process and the story behind the painting. 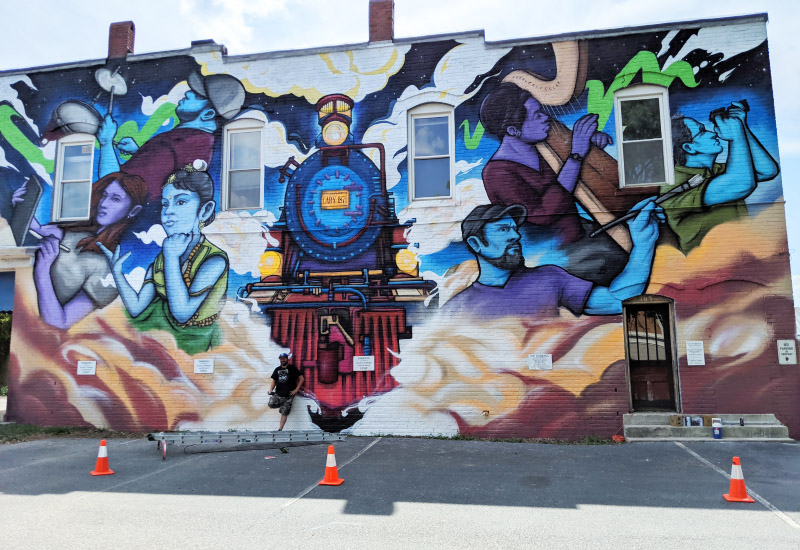 Cary’s Past and Present

Sean Kernick has been painting a large mural on the side of 122 W Chatham St., commissioned by Cary Visual Art. Kernick started working in mid-May, sometimes painting for 15 hours a day.

“I also had to power wash and prime the wall first,” Kernick said. “It’s an old building and you can see how worn the brick is.”

With any public art Kernick does, he says he first learns about the community and the people in it.

“I find the story that’s specific to that community, including those unexplored aspects,” Kernick said. “I like to bring in juxtaposing elements.”

That juxtaposition can be seen in the mural, with the old steam train in the center and new residents coming out of it. Kernick said the idea behind the mural is to bridge the past and the present in Cary.

“The steam is starting to breathe life into the new creative culture in town,” Kernick said. “The represent the diverse, eclectic people here.”

All six of the people in the mural – a drummer, a dancer, a painter, a harp player, a photographer and a digital artist for video games – are modeled on real people Kernick met and learned about in town. Kernick even took photographs of them to use for his artwork, except for the dancer who is a young girl, and instead Kernick got an existing photograph from her mother.

“More importantly, they represent the desire to explore your creative side in Cary,” Kernick said. 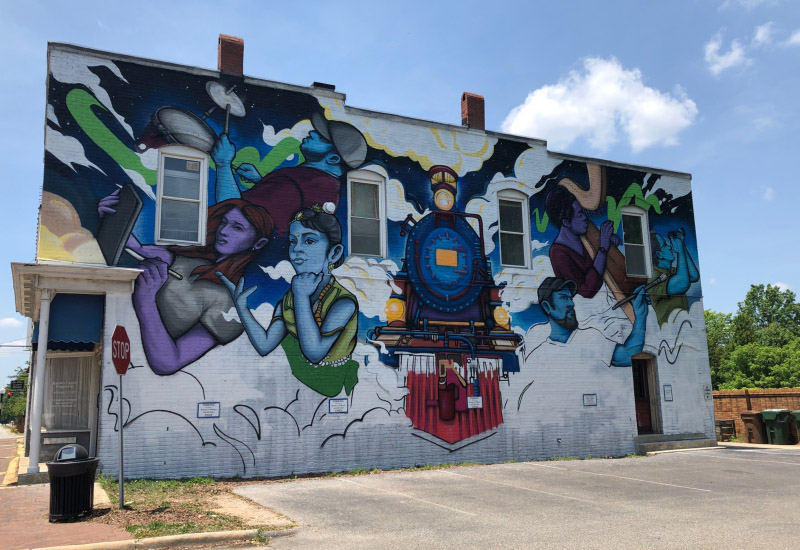 Before he started painting the mural on the brick wall, using spray paint and working with both a ladder and a hydraulic lift, Kernick drew a digital picture first. But he said creating the artwork digitally and painting it on the wall have been very different experiences.

“Being an artist can be a lonely job, but I’ve had engagement with the community here while I’ve been painting and it’s been nothing but positive,” he said. “The people here have been fantastic. People have come out and watched me work, which doesn’t usually happen.”

Kernick said this is likely his biggest mural yet and that’s shown his art can expand.

“It shows I can go bigger,” he said. “I’m getting better and better.”

The mural will be officially dedicated by Cary Visual Art during Cary Art Loop on Friday, May 31, 2019. 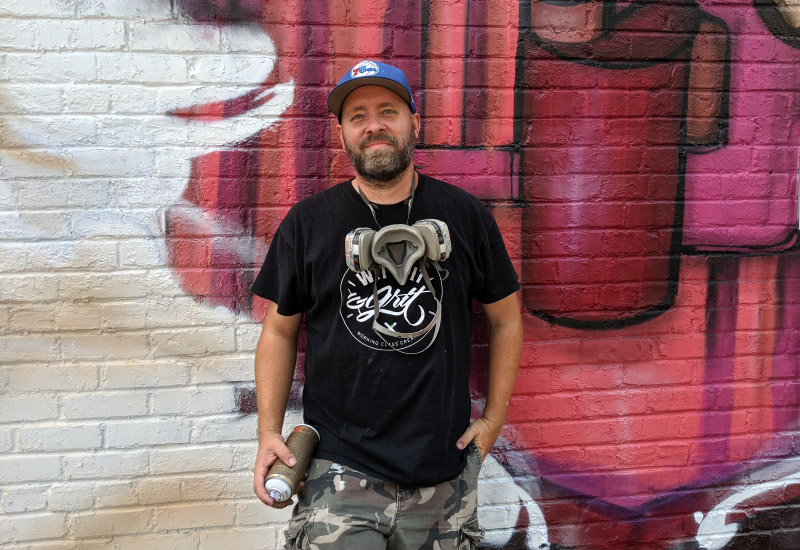 June 2019 Events at the Cary Theater