Cary, NC – A new study on apartment rentals shows, as peak rental season starts up, the average apartment rental in Cary is more than any other municipality in the Triangle, and one of the highest across all of North Carolina. 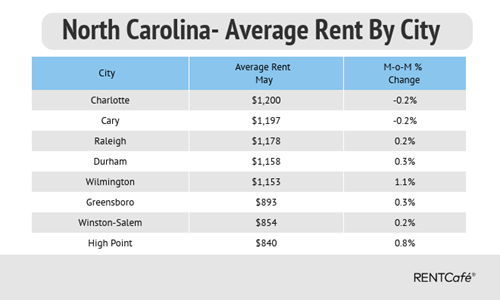 Average apartment rental prices as of May 2019

Even outside of the Triangle, Cary still had one of the highest average monthly rentals, higher than Wilmington, Greensboro, Winston-Salem and High Point. The only city in the study with a higher average rental price than Cary is Charlotte, at $1,200 per month.

Petra Kadar, Communications Specialist with RentCafé, said the rent in Cary has gone up, with the average rental price in May 2018 at $1,150 per month. Similarly, the prices increased for Raleigh and Durham, at $1,143 and $1,110 this time last year respectively.

Still, average monthly rental prices in Cary and across North Carolina are lower than the nationwide average, currently at $1,442 according to the RentCafé study. 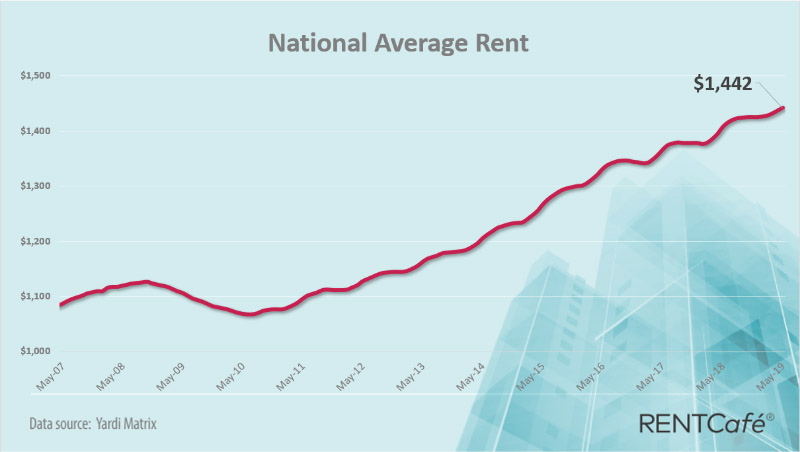 While Cary has some of the highest average monthly rentals in North Carolina, the study also found prices slightly dropping month to month, while they were rising in other parts of the state.

Between April and May 2019, the average monthly price of rent in Cary dropped 0.2 percent. At the same time, they rose 0.2 percent in Raleigh, 0.3 percent in Durham and even 1.1 percent in Wilmington.

Renters can also expect to see prices rising over the course of the Summer, as Kadar said this is peak rental season.

“Moving during Wintertime is a hassle. The snow, sub-zero temperatures, plus icy and often blocked roads make moving even harder than it already is. Moreover, for families, it just makes more sense to move during the summer so that the kids’ school year won’t be interrupted. Summer is a good time for students who rent, as they prefer to sign a lease right before the school year kicks off, and for graduates who choose to move when they finish school,” Kadar said. “The rental season usually starts in May and lasts all summer until the end of August.”