Morrisville, NC – The Pugh House is arguably the premier historic property in all of Morrisville, and after an exterior renovation last year, the decision now falls to Town Council of what to do with this nearly 150-year-old house.

The Pugh House was built in 1870, home to woodblock artist and painter Mabel Pugh, who was also born in Morrisville. In addition to her artwork and career as a teacher, Pugh was well-known for her advocacy for women’s rights in North Carolina in the early 20th Century.

Originally, the Pugh House and its associated smokehouse were located at 10018 Chapel Hill Rd. but were both moved in 2008 to 103 Page St., near the planned Morrisville Town Center.

Last year, the Town of Morrisville completed an exterior renovation and $75,000 has been appropriated in the 2020 budget for asbestos removal, initial site evaluations and other “minor interior remediations.” Additionally, with the planned Morrisville Carpenter Road widening, this will cut about 50 feet into the property. 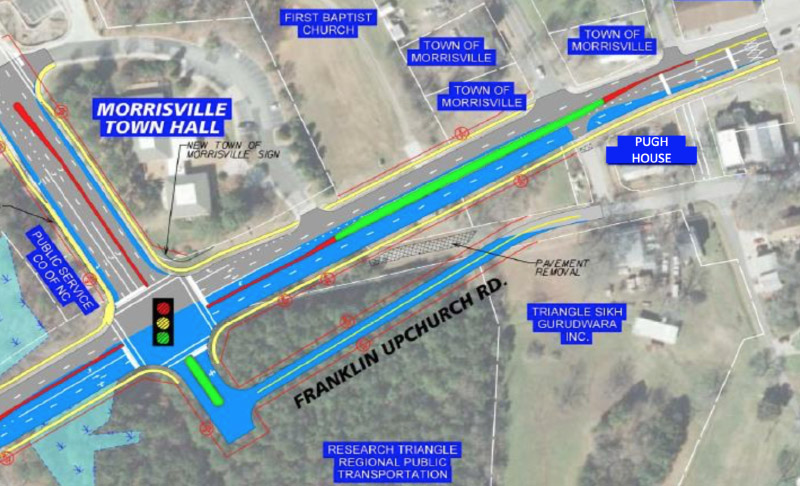 The Morrisville Carpenter Road extension, with the current road in gray

Both of those final two options would carry significant costs. For a residential use, to install electricity, update the sewage system and put in air conditioning, as well as other basic renovations, Rodriguez said it would cost $250,000. For commercial use, it would cost closer to $600,000 because of building codes for commercial uses, as well as the installation of an elevator for disability accessibility compliance. 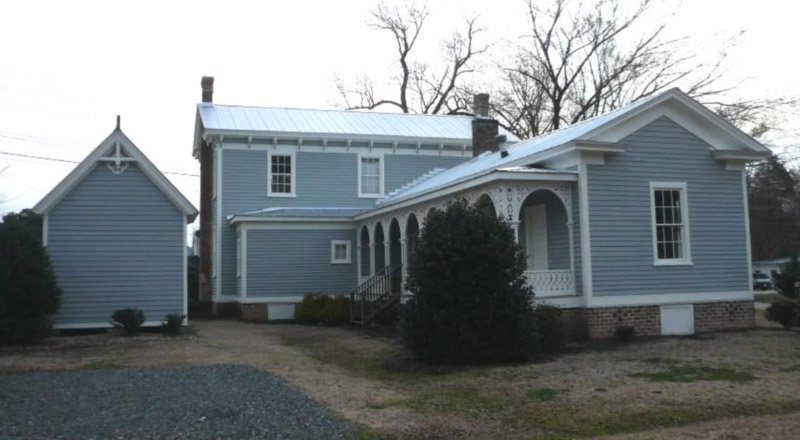 The rear view of the Pugh House, with the smokehouse on the left

During the council work session, at a minimum, all of the Town Council wanted to keep the Pugh House as a town landmark. It currently sits on the historic register, after being delisted in 2008 when the house was moved.

“To me, this is an iconic house for the town,” said Mayor Pro Tem Vicki Scroggins-Johnson. “We need something from Morrisville’s history we still have influence on.”

Scroggins-Johnson also said people in the town were upset when the Pugh House was moved, so she appeared to want to be particularly careful with the house this time around. Council Member At-Large Steve Rao said he was open to moving the house to a more visible location, but acknowledged zoning restrictions associated with this.

Town Council seemed to lean toward either residential or commercial use, though the price tag for both loomed over the discussion.

“The [return on investment] doesn’t look great,” said Morrisville Mayor TJ Cawley, who said he was leaning toward residential use. 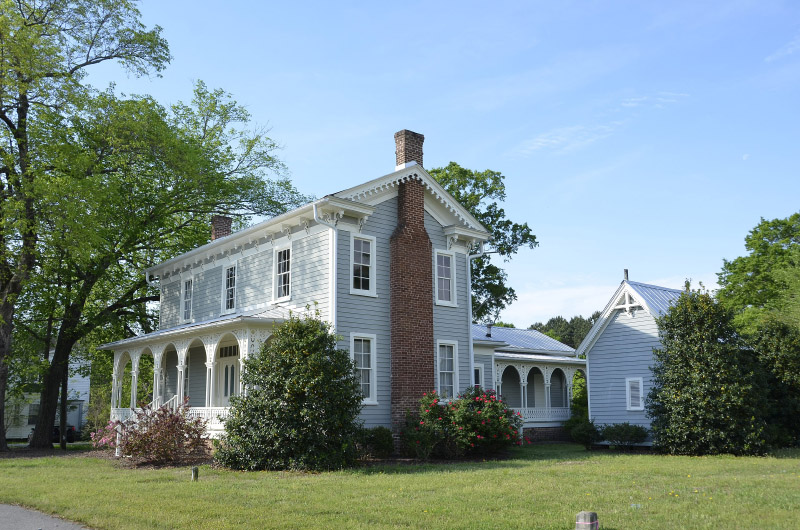 The idea of leasing the Pugh House for residential use got floated but Council Member Satish Garimella thought this would put the town on the hook for too many costs.

On the commercial side, the main concern was the larger price tag, particularly the elevator. Scroggins-Johnson suggested looking at some commercial uses where the second floor would be for storage, which might mean there is no requirement for an elevator. Rao also said he has been approached by people interested in using the Pugh House as a bed-and-breakfast, which is allowed under the current zoning.

“Anything we can do to highlight this as a historic part of Morrisville is good,” Rao said. “We have gotten away from that.”

Council Member Liz Johnson asked about the possibility of partnering with a business with experience in upfitting historic houses, as well as whether the town can incorporate the surrounding land into the site, since the Pugh House currently sits on only 0.25 acres, which would limit any commercial uses.

The Pugh House will come up for a final decision at a future date.

Story by Michael Papich. Photos courtesy of the Town of Morrisville and the North Carolina State Historic Preservation Office, with photographs by Ann Swallow.