Cary, NC – Cary-based musician Matt Bell has made a career out of his love for the electric violin and on his new EP, he said he wants to show people how versatile the instrument is and hopefully reach music students who are losing interest in playing violin. 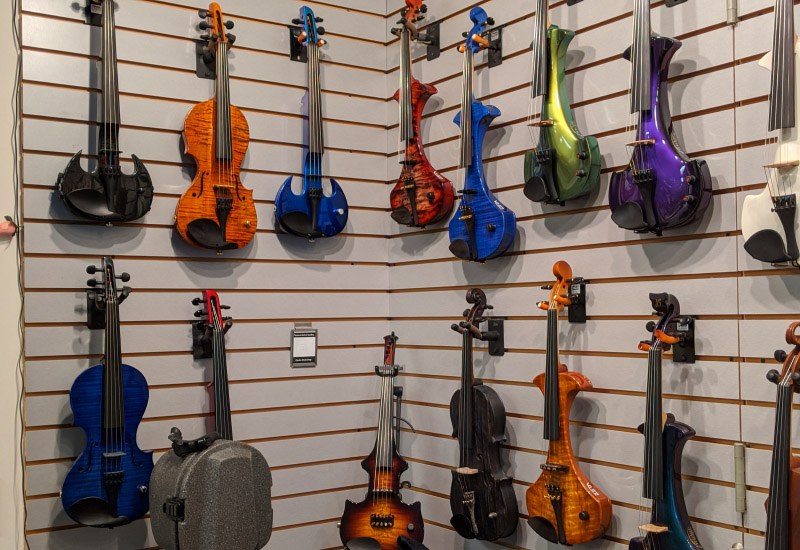 Instruments at the Electric Violin Shop

One Way To Do It

Bell lives in Cary and works at the Electric Violin Shop in Durham, an employee-owned co-op and one of only two electric violin stores in the world (the second is in Japan). For the store, Bell records videos of himself playing different kinds of electric violins, to not only demonstrate what the instrument can do but also to compare the different instruments to customers who may live in different states or even different countries, so they can learn for themselves before ordering online.

Through playing the electric violin, Bell has learned a number of different ways it can be used, which led to his first EP of all-original music, “One Way To Do It,” where he plays his instrument to make it sound like an electric guitar. 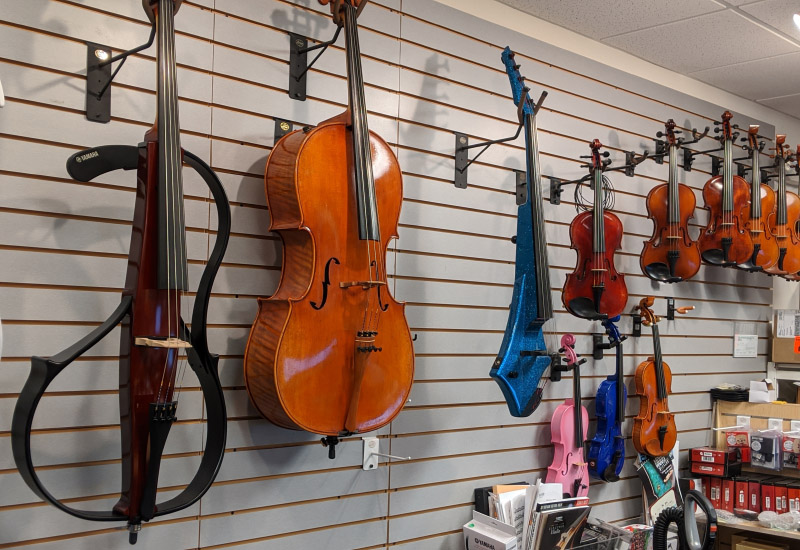 Because electric violins don’t generate sound from their body the way acoustic violins do, they are open to more versatile designs

Also, by using an electric violin to make rock music, Bell said he wants his EP to connect with music students who may be alienated by only practicing and playing classical music.

“I would love to think that a kid hears this and decides not to quit violin,” Bell said.

Part of what allows Bell to play the electric violin like a guitar is it has six strings, so he can go into cello and guitar range, and he can also run distortion through his instrument. But, because it’s a violin, Bell said he can also do things an electric guitar cannot do.

“I’m using a bow so I can sustain a note indefinitely,” Bell said. “Also, I can bend things they can’t bend. They can bend a note but I can bend a whole octave.” 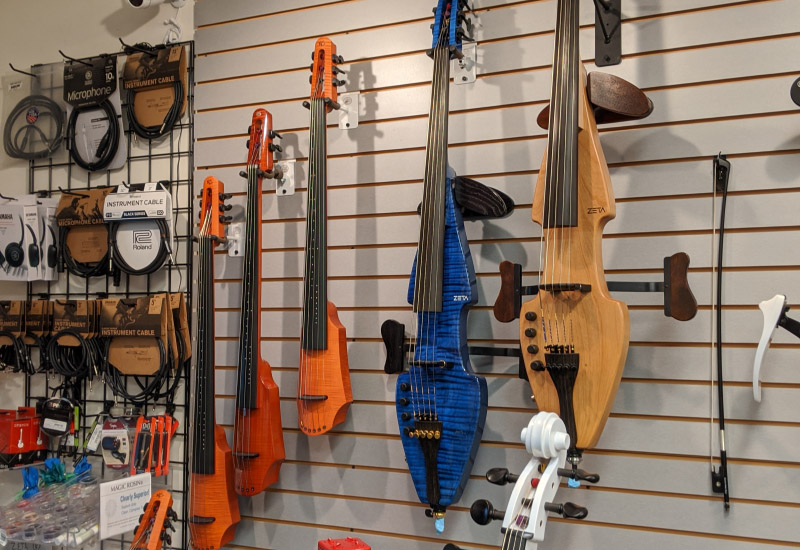 Bell grew up in Michigan, where he said he picked up his taste in rock music and most of his musician influences were guitar players. But he also grew up playing and practicing both classical violin and trumpet. Bell eventually joined a band in Beaumont, Texas, another hotbed of music, as a trumpet player, but the band wanted to transition to Bell playing fiddle instead. So, Bell focused back on his violin-playing and looked for a violin suitable for touring. From there, he came across Emmy-winning musician Mark Wood and his electric violins, including an electric violin styled after a flying-V guitar.

“I bought it sight on-scene,” Bell said, and his passion for the instrument has only grown since.

At the Electric Violin Shop, they have instruments made in 20 different countries, from Japan and Australia to Germany and Brazil, and ship to 90 different countries. Customers have included Lindsey Sterling, Raleigh musician and America’s Got Talent contestant Tyler Butler-Figueroa and musicians for Beyoncé, Hamilton and Black Violin.

“Anybody who’s anybody in violin either shops here or is aware of us,” Bell said. 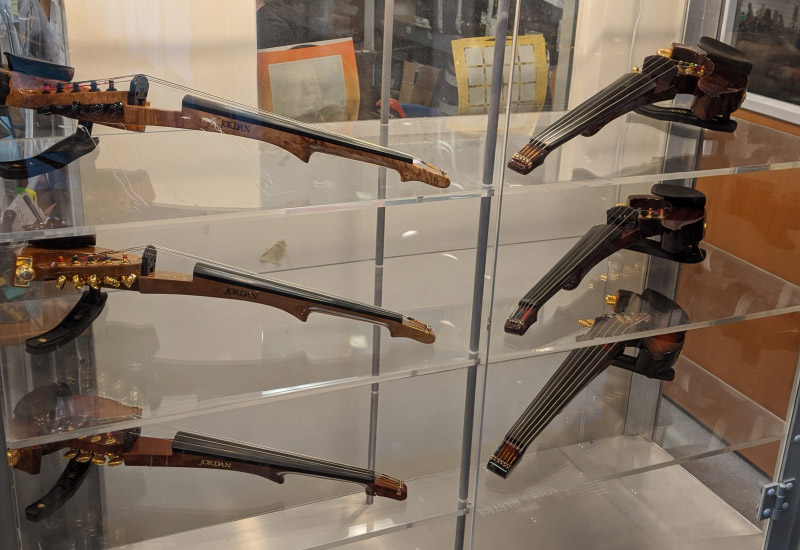 Bell said electric violin has become increasingly popular over the years, but he said people are still being prevented from getting into the instrument because of traditionalist views.

“The way most people learn violin is in school, and typically the people teaching it came through the classical world and try to teach classical music, and they’re not very open to electric strings,” Bell said. “I’m trying to teach that the two worlds don’t need to be mutually exclusive.”

In fact, Bell said that stringed instruments have always changed over history, with even classical violins today looking and sounding different from the first violins in the 16th Century.

“As venues and audiences changed, the instruments changed,” Bell said. “In fact, many surviving classical violins today have been retrofitted and have their fingerboards replaced.”

Through both his own music and his work at the Electric Violin Shop, Bell said he hopes to share insights about the instrument, both internationally and even locally.

“I want to get the word out that with the electric violin, it’s not either/or. It’s both/and,” Bell said.

The Electric Violin Shop is located at 5314 NC-55 in Durham, and Bell’s music and videos are available online. 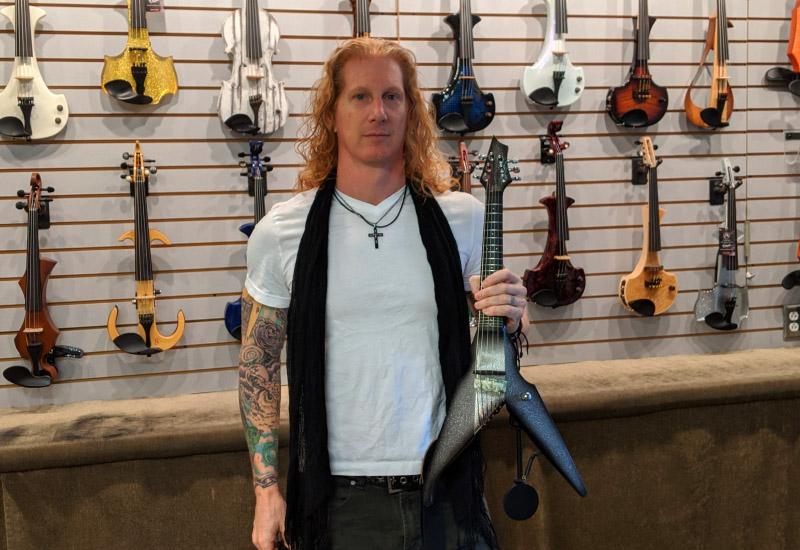 Recipe: Winter Chili That Won’t Slow You Down