At the Tuesday, December 10, 2019 Morrisville Town Council meeting, Council Members Anne Robotti and Donna Fender, representing Districts 1 and 2 respectively were sworn in for their first meeting. 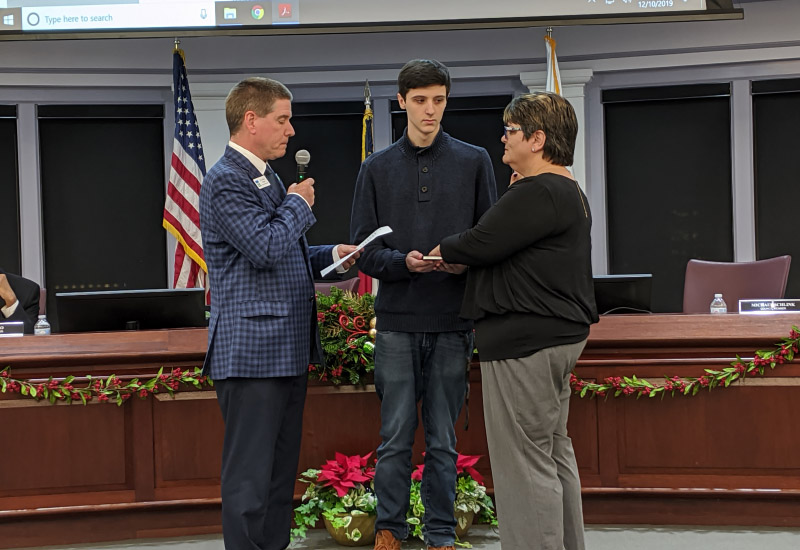 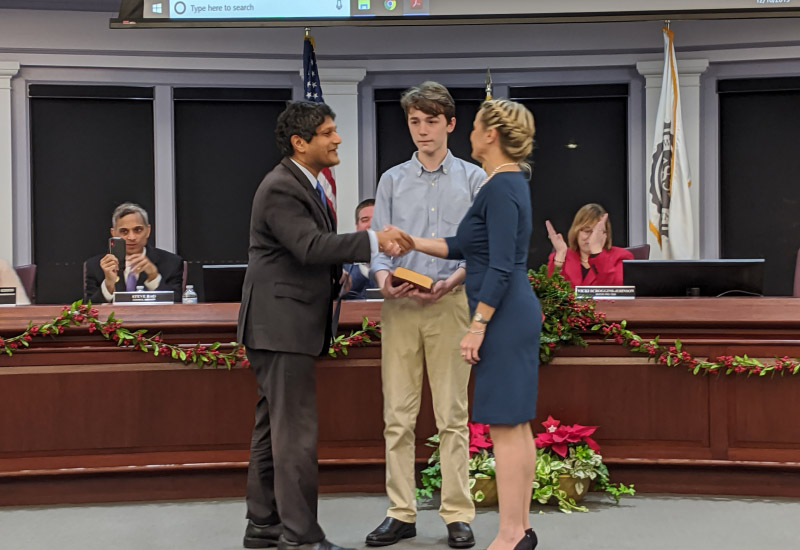 In her comments following her swearing-in, Fender thanked members of her campaign for her support as well as her family.

“I never dreamed I’d be up in front of so many people with the honor to serve the Town of Morrisville,” Fender said.

Fender also said she would follow through on her campaign promises to work with Town Council on environmentally-friendly policies and more aggressive road construction projects.

“The Morrisville residents sent a message during this election,” Fender said.

Robotti spoke briefly in her comments, thanking her supporters and saying she was humbled to be elected.

Robotti defeated Council Member Michael Schlink in the November election and Schlink received a recognition for his two terms on the Morrisville Town Council, first elected in 2011.

“We live in a time of unprecedented change. Politics has changed in the past eight years since I was first elected. City government and elected officials can be overwhelmed by the pace of change,” Schlink said in his comments after receiving his recognition. “Our municipal officers and state parties shouldn’t let politics and political outrage become a town brand that prays on anger, bitterness and character assassination with smear tactics.”

Schlink highlighted work done by Town Council while he was a member, including merging the 911 call center and implementing “Smart City” initiatives.

“Politics is a battle of ideas. In the course of a healthy debate, opponents prioritize different goals and different means of reaching them,” Schlink said. “But without a common baseline of facts, without a willingness to admit new information into the dialogue, or to concede that the other side is making fair points, that logic and reason matter, we will keep talking past one another, making common ground and compromise impossible.”

Returning Council Members and Other Developments

Also at the Town Council meeting, Council Members Liz Johnson and Satish Garimella were sworn in for their new terms. Both ran unopposed in the past election. This is Johnson’s sixth term representing District 3 and Garimella’s second term as an At-Large representative.

In her comments, Johnson thanked her family and support from other elected officials such as state Representative Gale Adcock, but she also used her time to recognize Morrisville’s staff.

“I would argue we are the most welcoming and inclusive, diverse town in this country, and a lot of that has not only to do with the people in this room but the staff that does the work for us day in and day out,” Johnson said.

Garimella brought a large crowd of friends and family with him for the ceremony and he thanked his supporters who worked on his campaign while he was unable to participate due to a recent back surgery.

“Looking at this crowd, it makes me feel very proud,” Garimella said.

Garimella said in his first term, it took him two years to “get up to speed” and learn about the office, so in his comments, he also thanked Morrisville’s staff for “patiently educating” him.

“I believe our town’s success is measured on how well we collaborate with our regional partners and national partners,” Garimella said. “Over the last four years, we have invested more than $300 million in road improvements and committed more than $200 million toward K-12 and adult education.”

During the Council meeting, Mayor Pro Tem Vicki Scroggins-Johnson nominated Liz Johnson to be the Mayor Pro Tem for the new term, which was approved unanimously.

“Liz is a leader. She’s been a leader since she joined Town Council,” Scroggins-Johnson said.

Town Council also voted on two Morrisville committees, with Peter Prichard as chair and Lee Langston as vice-chair of the Planning and Zoning Board and Tina Beri as chair and Patty Cheng as vice-chair for the Board of Adjustment. Both also passed unanimously. 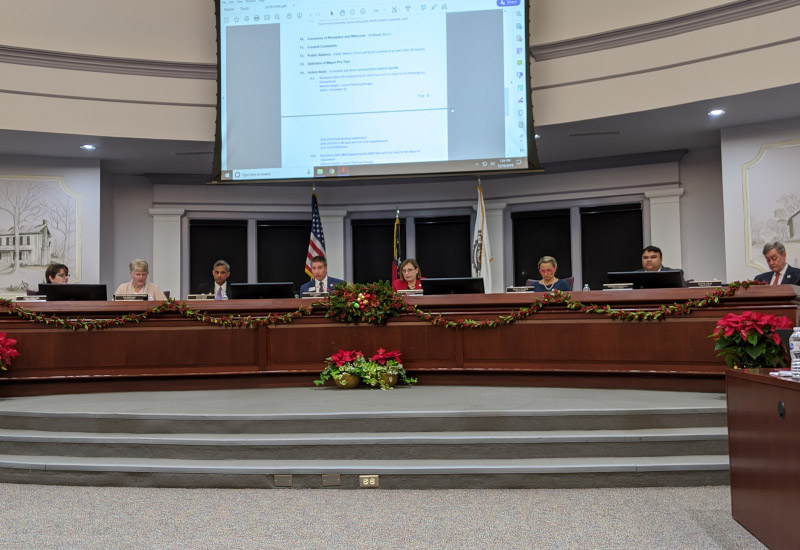