Cary, NC — The Cary Theater has a jampacked March showcase full of amazing live shows, award-winning films and even a free afternoon movie for the Town of Cary’s Arbor Day Celebration.

Driving Force of The Cary Theater Joy Ennis, Operations and Program Supervisor at The Cary Theater

If anyone can tell you what shows are sure to impress, it’s Joy Ennis. As the Operations & Program Supervisor at The Cary, Joy selects the films and curates the programming and special events that make The Cary what it is, an arthouse theater that is nothing like the theaters you’ve been to before.

Ennis has worked with the Town of Cary for 18 years; first as the TOC Festivals Coordinator and for the last six years, she’s been with The Cary Theater since its opening in 2014.

“I think we were really the first effort when the downtown revitalization really started six years ago and have created a community-centered gathering place in downtown,” said Ennis.

The Cary Theater, in the best sense, is unpredictable. Being a calendar-based, arthouse theater, the talents and films are booked at minimum two months out.

“That gives us the flexibility to do classic films and repertory programming and it gives us some opportunity to bring in some live performances. We do a singer/songwriter series in collaboration with Six Strings and we do one stand-up comedy show a month and that gives us a good mix,” said Ennis.

Best of the March Mix

According to Ennis, the following are the March must-sees.

Critics have called Parasite a “flat-out masterpiece,” “the most important film of the year,” and “a must-see thriller.”

As it turns out, they were completely right. The South Korean film ‘Parasite’ won four Oscars, including best picture, becoming the first-ever non-English-language film to be recognized for the top honor. Other awards the film earned were best original screenplay, best director and best foreign-language film.

The Cary Theater is excited to bring the Academy’s best picture to Cary — and don’t worry, there will be English subtitles. Showings start Thursday, March 5 with the last showing on March 22.

Molly Stevens from NBC’s The Voice

The Cary Theater transforms from a movie theater to a cabaret-like atmosphere for live music performances like this, with the first three rows of chairs traded out for tables that can seat 32 people.

The raspy and country nature to the voice of singer/songwriter Molly Stevens is what got her two chair-turns from coaches Blake Shelton and Kelly Clarkson on Season 14 of The Voice. Since her appearance on national TV, Stevens, a native of Raleigh, NC, splits her time between Raleigh and the capital of country music, Nashville, TN.

She has performed at venues across the country such as Rockwood Music Hall, Eddie’s Attic, Bluebird Cafe and The Evening Muse as well as many festivals including the CMA fest two years in a row and 30A Songwriter’s festival. Coming to her performance at The Cary will be a truly powerful experience as show-goers will hear her powerhouse vocals, her raw lyrics and her charismatic stage presence. Grab tickets before they’re gone!

What’s better than one brilliant stand-up comedian? Two! You may have already seen Kendra Cunningham in her two appearances on NBC’s Last Comic Standing or her performances at several prestigious comedy festivals including Glasgow Comedy Festival, Boston Comedy Festival and the iconic Montreal Just for Laughs Festival. The other half of the act, Katina Corrao is an actress, comedian, writer, and co-host of the stand-up show Lasers in the Jungle. The New York Times calls Katina a “staple in the New York comedy scene.”

The combination of Cunningham’s blunt honesty and Corrao’s high energy is well-received by many with their comedy album called “Less Bitter, More Glitter” reaching the high ranking of #2 in the country on iTunes. Now the two are on tour together, bringing that same top-notch comedy to the Cary Theater stage.

The Cary Theater is turning back time to bring its movie-goers the 1946 and 1981 versions of The Postman Always Rings Twice.

This drama/mystery is all about Nick Smith, a middle-aged diner owner who hires a wandering traveler, Frank Chambers. Nick gets a little more than he bargained for by hiring Frank who strikes up an affair with the diner owner’s wife, Cora. The two plot to kill him and take all he has — but not all goes according to plan when a prosecutor comes to town to investigate.

The 1946 black and white production features a cast including Cecil Kellaway, John Garfield, Lana Turner and Leon Ames. The 1981 remake cast includes the likes of Jack Nicholson, John Colicos and Jessica Lange. Tickets can be purchased for an individual showing or as a double feature package to see both for less than $10!

These showings are also something that might suit your style of entertainment. For a full listing of March show, see The Cary Theater’s website. 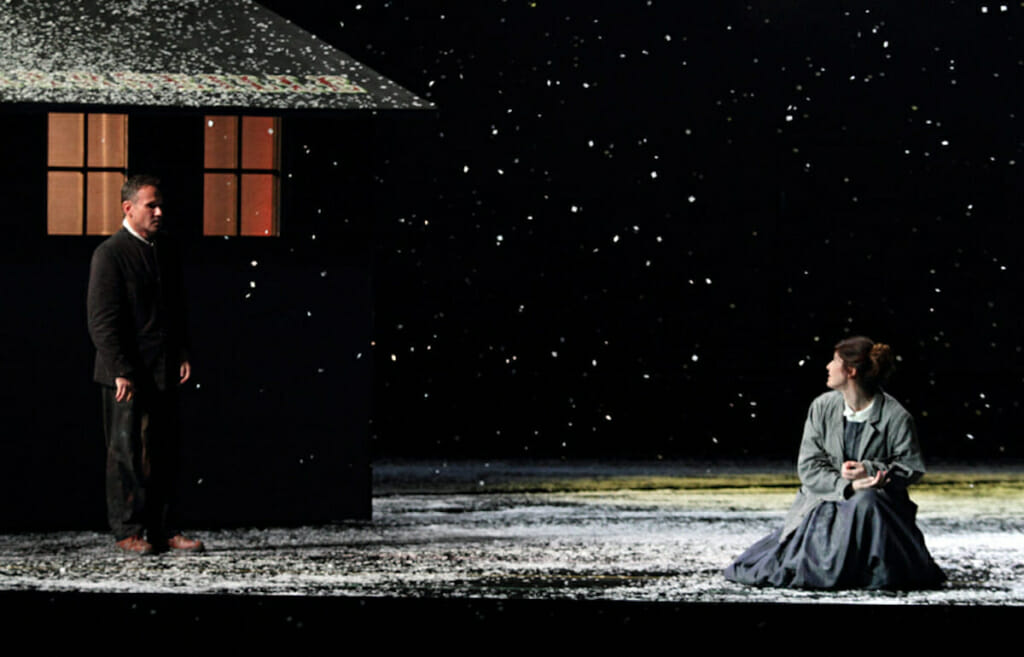 The second of the Cary Theater’s three-part opera series with one opera a month, February – April, will be at The Cary Theater on March 15. This month’s feature is the 173-minute opera from England’s Royal Opera House, La Boheme. The opera is a story of comedy, romance and tragedy as it tells the story of young love in 19th-century Paris.

In collaboration with the Town of Cary’s Arbor Day Celebration, The Cary Theater will have a free showing of The Lorax. The film is a whimsical animated movie based on the book by Dr. Suess and has an environmental message to it. The movie presents the importance that the environment must be protected against those who would profit from it.

Free tickets are available at the box office, starting one hour prior to the screening while supplies last.

Speaking of the environment with the Arbor Day Celebration, in that same vein is the continuance of the Environmentally Speaking Series.

“This is a collaboration with the town’s Environmental Advisory Board and this month, it’s The Clean Bin Project. These are always followed by a discussion about the environmental issue of that night, whether its waste or consumerism or whatever the topic is,” said Ennis.

The Clean Bin Project film is about a regular couple and their quest to answer the question ‘is it possible to live completely waste free?’ Partners Jen and Grant go head to head in a comedic battle to see who can swear off consumerism and produce the least amount of garbage in an entire year.

Indie 101 is a monthly film series that celebrates The Cary Theater’s mission – to bring the best of art house cinema to the Town of Cary. Held on the third Wednesday each month, Indie 101 screens movies from the 1960s to today, focusing on independent films that defined the genre.

Indie 101 delivers a unique and interactive experience. Screenings are hosted by a local film enthusiast, who introduces the film and provides perspective on the film’s production, release, and impact. After the screening concludes, attendees are invited to stay for a film club-style open discussion.

See the theater’s events page for even more March films and performances at The Cary Theater.

Story by Ashley Kairis. Events from the CaryCitizen calendar.

Featured photo and Joy Ennis photo by Kairis, others courtesy of The Cary Theater.

Nonprofit Gives Children and Adults with Disabilities the Chance to Play Ba...