Cary, NC — Cary’s proposed $193 million multipurpose indoor sports complex has moved closer to fruition this week as partial funding for the development has been approved by Wake County Commissioners and Raleigh’s City Council. I sat down with Town Manager Sean Stegall Tuesday to hear more about the planning process and what Cary citizens should know about the project.

END_OF_DOCUMENT_TOKEN_TO_BE_REPLACED

Cary, NC — Cary Towne Center, once slated for redevelopment as mixed-use, is now under consideration for a 239,000 square foot, $193 million indoor sports facility.

END_OF_DOCUMENT_TOKEN_TO_BE_REPLACED

Cary, NC – The rezoning and redevelopment of Cary Towne Center comes before Town Council at the end of 2019. This week, the Planning and Zoning Board met to look over the proposal, as well as new conditions and the architectural design guidebook. END_OF_DOCUMENT_TOKEN_TO_BE_REPLACED

Cary, NC – The latest Cary Town Council meeting saw a Public Hearing on what may be Cary’s second-largest rezoning of all time, as well as a Public Hearing on a rezoning in the Alston Activity Center, a vote the lease for the new Downtown Cary library and parking deck and a presentation of the Environmental Advisory Board’s recommendations on trees.

END_OF_DOCUMENT_TOKEN_TO_BE_REPLACED

Cary, NC – The process to rezone Cary Towne Center takes another big step as the Cary Town Council will hold its first Public Hearing on the entire mall property.

Cary, NC – Over the past few years, there have been numerous plans for changing the layout of Cary Towne Center, and all of them have kept Dillard’s standing. Now that’s set to change as the Southern department store announces it is closing this year.

We usually write about new store openings or construction taking place around town. Fo this month’s column we thought we would take a look at what no one is talking about: The Empty Places.

Believe it or not, despite having a “low vacancy rate” in Cary, we do have some glaringly empty large parcels scattered around town, where lone chain restaurants, drugstores, and grocery stores used to do a booming business. Where are they? Let’s take a look.

The mall obviously has a few of its own large empty spaces, but in the surrounding out parcels several spots have been tough to fill. La Madeleine– french bakery and cafe was only in its building about a year after taking over for a similar chain franchise operation. No buisness has ever seemed to stay here long..

Across the street, adjacent to the Barnes and Noble shopping plaza are two other empty buildings, formerly chain restaurants as well. Five Guys occupied one for several years and Macaroni Grill was in the other.

Not far from the mall on Cary Towne Blvd is the large former Performance Bicycle store that closed at the beginning of 2019.

Everyone is familiar with the empty Carrabba’s about dead center on Kildaire Farm Road,. Its the building with the “green roof” which is slowing dying from neglect on the building that housed this chain. Carrabba’s as a chain is thriving elsewhere in the country, and even in the Triangle, but could not make it in Cary, where everyone is trying to open a restaurant these days. Up the road from this spot is the empty Newk’s which was previously one of Niall Handy’s Hibernian Pubs for many years and was something before that. A former Ruby Tuesdays sits empty near the Walmart in Crescent Green off of Kildaire.

In this area is also one of the many empty former Rite Aid drugstores, which closed at least 4 stores in Cary when they were bought out by Walgreens.

A former Ruby Tuesdays sits empty near the Walmart in Crescent Green off of Kildaire.

One of the out-parcels of Waverly Place was T Mac which remodelled and opened in the former Red, Hot and Blue. That is the only restaurant empty over at Waverly, as they are ready to open a brand new space with The Shack Shack later this year.

In the Centrum Plaza (the development where BJ’s Warehouse is located, along with Joann’s Fabrics and World Market) there are a few large restaurant buildings sitting vacant so long the weeds are growing tall in the medians and in the shrubbery adjacent to the building. We used to take our kids to Sweet Tomatoes when they were young. I also remember hating buffet dining with children as no one ever sat down long enough to have a healthy conversation. The food wasn’t great either. Sweet Tomatoes and its neighbor Wild Wing Cafe have been empty for ages.

Also in Crossroads is the huge hulk of the empty Toy R Us big box store which average about 23,000 square feet. According to the Triangle Business Journal two of the four vacant Triangle Toys R Us stores are being repurposed.no Official word on the Crossroads location.

Mostly its all-new west of NC 55 in Cary, but there are occasional closing that results in a large empty space. Nothing stays empty for long out there. Even Field and Stream became Hobby Lobby eventually. But while the Learning Express still does gangbusters over next to Walmart and Harris Teeter in Crescent Commons off Kildaire, they recently closed the new store in Parkside Town Commons. I expect its low foot traffic and high use of internet shopping spelled its demise.

Off of Cary Parkway in Preston Walk (near James Jackson Road) we recently learned that Eighty-8 Asian Bistro closed on June 23. This location started as a Mexican concept over 15 years ago, changed to a hibachi place, and was the home of Eighty-8 for the last two years. It’s a big space, and hard to fill. We are sad to see this one go, the food was great. For those looking to follow Chef Dai Nguyen, they started a food truck with the same name back in March.

Park West doesn’t have many closures and has mostly leased out the space in the former Gander Mountain store. That big box store was well over 50,000 square feet and is the new home of a Michael’s and a Home Goods with one empty storefront in between. There is also a small empty space that was a former Starbuck’s which closed this past winter. How can a Starbuck’s not make it in Morrisville/Cary?

While we know the mall will be redeveloped and The Fenton is coming. The Cary area still has plenty of vacant space to lease at Waverly Place and Park West Village. The freestanding out-parcel empties mentioned in this article are going to take a while to absorb, or may simply meet the wrecking ball one day soon.

If you know of additional spots we missed, please feel free to add them to the comments, and we will update this article.

Cary, NC – Back in 2017, there were big plans to redevelop Cary Towne Center with IKEA as the new anchor draw with its first Triangle store. Then IKEA changed its mind about new store formats and pulled out of their decision, leaving plans for the mall in limbo. Now there’s a new preliminary development plan for the mall, with multi-use buildings and several with a proposed maximum height of 12 stories. END_OF_DOCUMENT_TOKEN_TO_BE_REPLACED 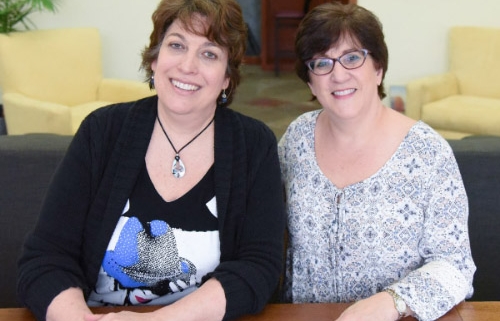 Cary, NC – Now open in Cary Towne Center, Vibe is a new co-working space focused on female entrepreneurs and getting people out of their homes and making real-world connections. END_OF_DOCUMENT_TOKEN_TO_BE_REPLACED

Cary, NC – JCPenney announced this week it will be closing its Cary Towne Center store, making it the third major retail anchor to leave the local mall. This sale coincides with the mall selling to a new owner END_OF_DOCUMENT_TOKEN_TO_BE_REPLACED