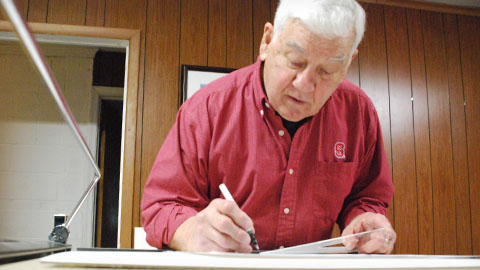 Jerry Miller in his studio. Photo by Hal Goodtree.

Cary, NC – Jerry Miller didn’t start out to be an artist, it just turned out that way. But his pen and ink drawings of town history lay a fair claim to making him the Artist Laureate of Cary. 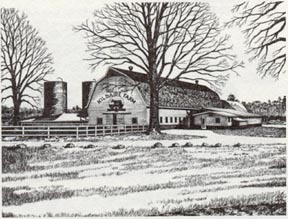 Jerry’s a modest guy. He sits in front of the TV in the evening with a board on his lap and draws pictures for Duke, Colonial Williamsburg, private collectors and municipal governments while watching a ball game or the History Channel. “Always working, always drawing,” he told me.

Jerry and his wife Jean moved to Cary in 1957. Jerry was a student at State and working as an architectural draftsman. He drew the plans for his own house, and then designed most of the other houses in the neighborhood as well.

In the late 1960s, Jerry turned his skill drawing architectural subjects to a series on historical houses in Cary. The occasion was the upcoming centennial of Cary’s incorporation (April 6, 1871).

He’d begin by photographing the buildings. Then, with his Rapidograph and clear plastic triangle, he’d sketch, ink and cross hatch the final work.

R.O. Heater, the Cary’s first big post-war developer, County Commissioner and indefatigable promoter of the town, suggested to Jerry that his pictures needed stories to go with them.

Jerry’s talent was drawing, so he asked his next door neighbor, Tom Byrd, to write the stories. “Yeah, I might do that with you,” Jerry remembers Tom saying.

Around and About Cary

In 1970, Byrd and Miller published Around and About Cary, the first formal book about the history of the town. The second edition, published in 1994, includes 140 of Jerry Miller’s drawings and runs to 212 pages including the index. It’s available at the Page Walker Arts & History Center and on Amazon.com.

“It come out to be the best thing I ever done,” Jerry said. 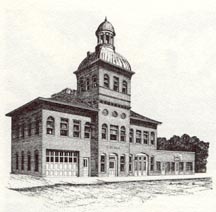 Miller has drawn hundreds of buildings and structures around the state including most all the colleges and universities, lighthouses, the Old Capitol and towns from the coast to the mountains. He showed me a recently completed picture of the new Law School at Campbell University.

He doesn’t do the flea market and town fair circuit anymore, but you will find Jerry Miller at Cary’s Lazy Daze Festival this summer.

Why does he keep doing it after more than 50 years? “I enjoy my work more than anybody,” Jerry said.

To see more of Jerry’s work, buy a print or commission a drawing, visit JerryMillerArt.