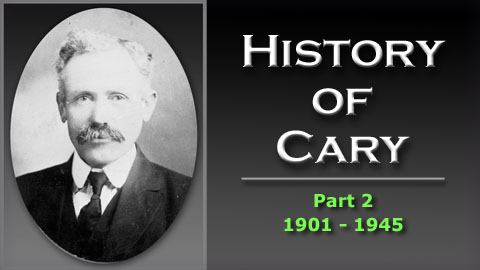 Part II in the History of Cary series. This segment covers 1901-1945. Story by Peggy Van Scoyoc. 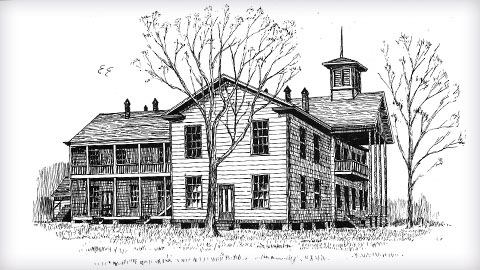 The Grays were postmasters and had a general store.

In 1930, the Masons built the largest building in town on the corner of Academy and Chatham Streets. They occupied the second floor and Adams Drugstore occupied the first floor.

Frank Page sold his hotel to the Walkers, who ran it for several decades. They served meals and rented rooms to train passengers.

Hillcrest Cemetery is the resting place for such “Old Cary” families as Page, Harrison, Jones, Pleasants and others dating back to the 1880s. The West Cornwall Cemetery (the Cary Colored Cemetery) is where African-Americans may have begun burying their dead as early as 1868.

The town was electrified in 1921. The Seaboard and Southern Railroads each built stations here. 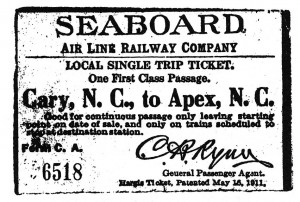 According to "Around & About Cary," this ticket was used by Herb Young Sr. or his wife, Gladys, in 1917. 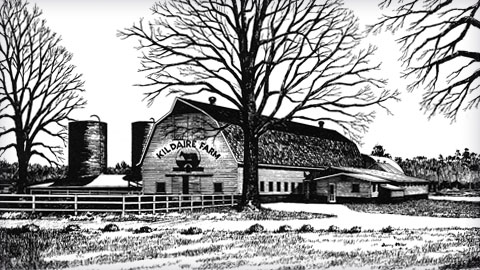 An Important Man in Town

Dr. Templeton moved to Cary in 1885 to start his medical practice.

He was chairman of the school board for thirty years. He mostly made house calls throughout his fifty-year career as Cary’s only doctor.

At the age of 61 he enlisted in the army during World War I, serving in Georgia, Florida, and Durham.

Toward the end of his life he took on a young intern, Dr. Frank Yarborough. Dr. Templeton died in 1932.

Illustrations are from “Around & About Cary,” written by Tom Byrd and illustrated by Jerry Miller.