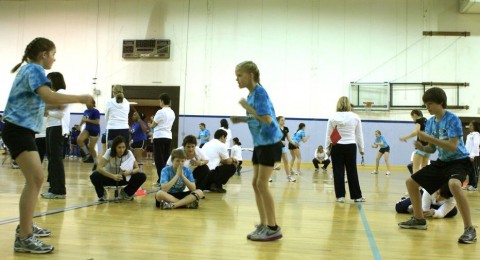 Cary, NC- The Cary YMCA Super Skippers brought home 34 overall medals —  12 of which were gold – from a regional jump rope competition in Chapel Hill recently. The Super Skippers won more than half of the total medals at the event.

Attended by competitive jump rope teams across the state, the Amateur Athletic Union Junior Olympic qualifier on March 5, 2011 at UNC’s Fetzer Gym was hosted by the SkipSations! team of Chapel Hill.

Overall medals were awarded as follows:

All Super Skippers participants, both boys and girls, qualified for the AAU Junior Olympic competition to be held this summer in New Orleans.

Here’s a video of their 2011 AAU performance:super skippers