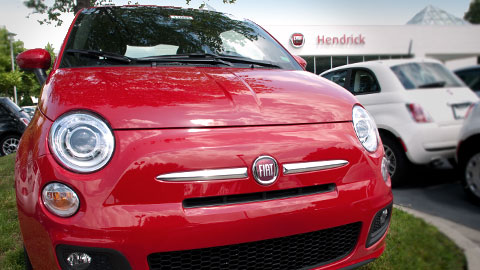 Cary, NC – After 27 years, Fiat is returning to the United States. The first dealership in North Carolina is in the Cary AutoMall.

Fiat sold vehicles in the United States until 1984. The two-seat Spider was a popular model.

In the intervening years, Fiat has continued to sell cars and commercial vehicles in Europe, Latin America and around the world. The company was founded in 1899 and is headquartered in Turin, Italy.

Fiat had a chance to re-enter the U.S. market as a partner of Chrysler Corporation during the auto industry restructuring of the last few years. It is on target to acquire a controlling stake in Chrysler and ahead of schedule for repaying debt to the U.S. Government.

So now Fiat returns to America with it’s first model in 27 years: the Fiat 500.

The 500 is a very sporty and iconic four-seater. In appearance, it blends sleek and modern Italian design with frugality and fun. Call it Frugal Chic. 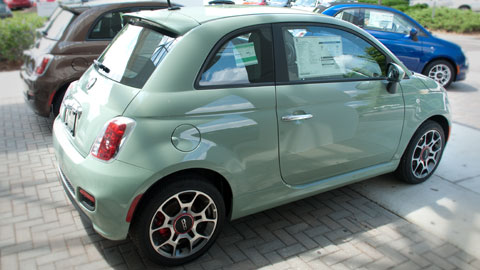 The last few years have been tough on auto enthusiasts as car companies retrenched and regrouped.

Finally, we’re beginning to see the fruits of the global restructuring on the lots at Cary AutoMall. The new entries really break from the past. Notable introductions started with the Ford Fusion and have continued with the Nissan Leaf, Chevy Volt and now the Fiat 500.

Cookie-cutter design is out. Each of the cars mentioned above has its own bold look. Fuel efficiency is in (the “new” Dodge Charger, a muscle car, is nice but hardly a new introduction). High-tech gadgetry like GPS and Blue Tooth are becoming standard features. Many of the new introductions skew toward the lower end of the price scale.

In short, it’s a good time to buy a new car. An exciting time. Try out all the new cars.

And if you’re in the market for a stylish and economical ride, by all means check out the 500 at North Carolina’s first Fiat dealership. 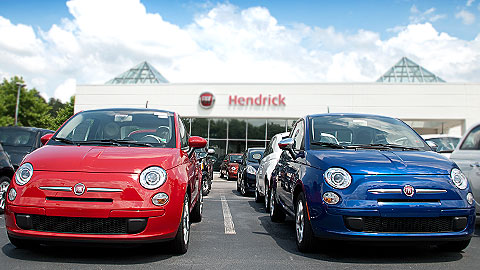