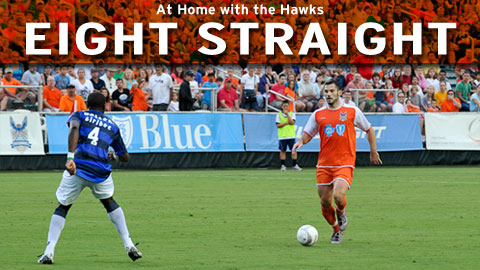 Story by Luke Lohr and photos by Tom Mousseau for CaryCitizen.com.

Cary, NC –  The Carolina Railhawks took on FC Tampa Bay on a Saturday night. The Railhawks were looking for their eighth straight win and continuing dominance of the NASL. Mission accomplished, as were several other noteworthy occurrences.

There were over 4,000 fans on hand at WakeMed Soccer Park to witness the Railhawks down FC Tampa Bay by a score of 3-1. The win brings the Railhawks to an impressive record of 10-1-1 on the season and they now sit clearly atop the NASL table.

“These guys want to win every time they step on the field and they’re willing to put in whatever they have to get the result. That showed again tonight,” said Martin Rennie, Railhawks coach. 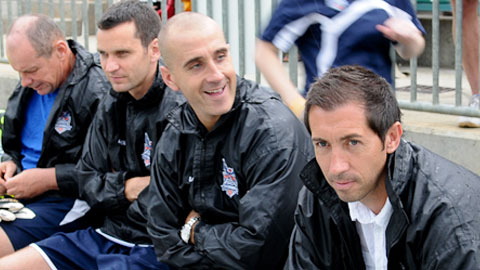 Rain came down right before kickoff, sending fans to hide under the bleachers. It looked as though there might have been a delay as the radar predicted lightning, however it held off and the game went on as scheduled.

The Railhawks looked disjointed in the early minutes, showing very little rhythm. Carolina paid for their poor start by giving up a goal in the 18th minute. Warren Ukah of the Rowdies fired a shot by Brad Knighton to give the visitors the lead. It was that goal that awoke the giant that is Carolina.

The Railhawks began to attack Tampa Bay with vigor. The score was equalized by Matt Watson in the 36th minute. Watson fired an absolute laser from outside the box, giving the goalkeeper little chance. It was Etienne Barbara with the assist on Watson’s goal.

“As long as everyone is winning together, everyone gets their little successes,” said Watson.  Watson has scored two goals in two games and is certainly in form. “It’s a team effort and the more we’ve won, everyone just wants it a bit more.” 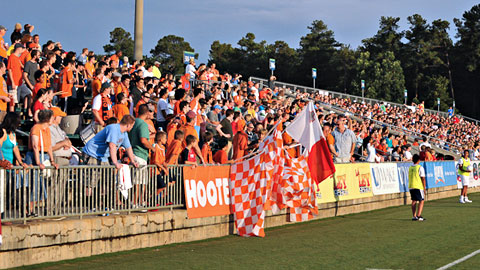 Barbara got on the board with a goal of his own in the 69th minute of play. Barbara took a shot and then followed his own rebound to blast his second shot home. The goal was Barbara’s 13th in 12 games. Carolina’s third goal, scored by Allan Russell, was assisted by Barbara. His goal coupled with his league leading seventh assist and makes him the most powerful offensive force in the NASL.

On the team’s slow start and his thoughts on the night Barbara commented, “Sometimes we start off slacking. Since we are first in the table and we have a good advantage on points, it is normal to feel overconfident. We have to try to eliminate that as soon as possible. Anything can happen in soccer. If we keep playing like we did in the second half, it’s going to be very difficult to beat us.”

Captain and defender Brad Rusin lead the defense with several crucial tackles on the night, including what looked to be a goal saving slide in the 86th minute. Rusin’s knee was clearly bothering him, however his determination and work rate kept him stalwart.

As it is the Railhawks are clearly the most dominant team in the North American Soccer League. Martin Rennie’s men have placed a high standard on themselves thus far and will look only to continue their win streak.

“We remind them always the things that make us a good team are staying positive with each other. When you turn on each other, it kills your whole team. And these guys don’t do that. They keep working harder and harder until they get what they want. They keep getting their rewards. It’s exciting and well deserved.” 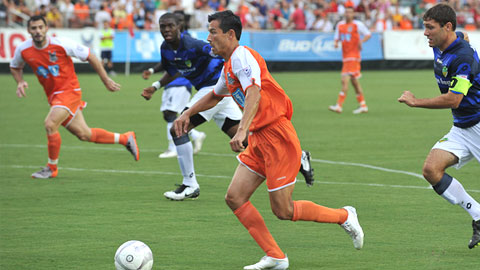 Luke Lohr writes for MLSReserves.com. He can be reached at LCL1121@gmail.com or followed on Twitter @MLSReserves. See more of Tom Mousseau’s game photos on Flickr.

Harold’s Blog: Up Close with the President of the United States, Sort...