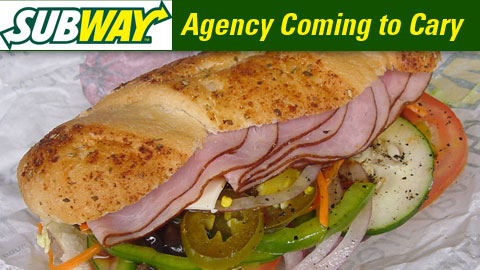 Cary, NC – The Asher Agency, a full-service advertising, marketing and public relations agency headquartered in Fort Wayne, Indiana, announced that it is opening a North Carolina office. In Cary, NC.

Asher comes to town with a big-name client: Subway restaurants.

“This new office increases our already strong capabilities as an agency, and allows us to be responsible and accessible to our North Carolina and Mississippi clients,” Tom Borne, president of Asher Agency, said.

CaryCitizen spoke by telephone with Tim Borne, Asher Chairman. “It’s been very exciting,” he said. “We’re working with a great group of people who take their business very seriously.”

Initially, Asher will employ three people in their Cary office. One is transferring from Indiana; the other two are local. The office will be at 1140 Kildaire Farm Road. “We have leased the space, and furniture is arriving on Thursday,” Tim said.

This is the third Asher Agency office in the United States. In addition to its Fort Wayne headquarters, it also operates an office Lexington, Kentucky.

There you have it: Madison Avenue meets Kildare Farm Road. How’s that for fresh business news?