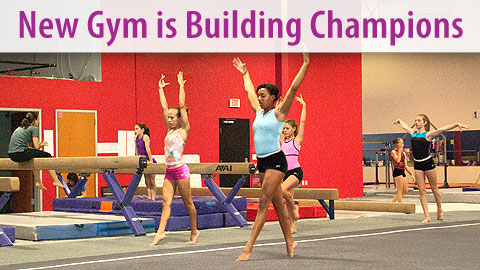 Apex, NC – Team Attraction Gymnastics (TAG) has only had a home since last summer, but it is quickly building a reputation for excellence. Two gymnasts, Alyssa Tucker and Kenya Watson, reached U.S. Nationals and Southeast Regionals respectively.

Gymnasts compete in four areas: bars, beam, vault and floor, the scores are tallied for their “All-Around” placement. 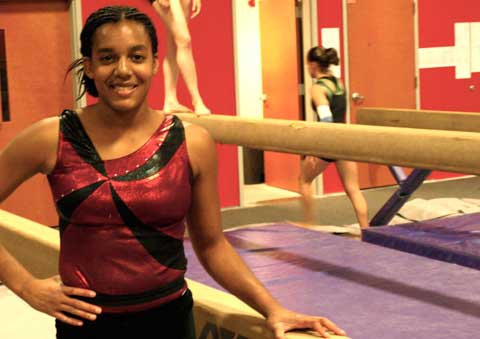 Kenya Watson has been with TAG since its early days as part of Impact Athletics. She stuck with her coaches through the “tumultuous months” to find a home during  her 2010 season (Story). This year in their new home on NC 55, Kenya competed as a “Level 9” and made it all the way to Regionals, placing seventh.A rising senior at Enloe High School, Kenya and has been a gymnast for 10 years. She is waiting to see how she does this year to determine whether she will compete in college. Practice for her includes 20 tough hours a week in the gym, for four hours, 5 days a week.
Hard Work Beats Talent
I asked Kenya what has she learned during her years as a gymnast and she told me that “you need to be mentally tough”. She adds that “hard work can beat talent”.She has also learned “time management” and to balance her hours in the gym with her commitments as a student. 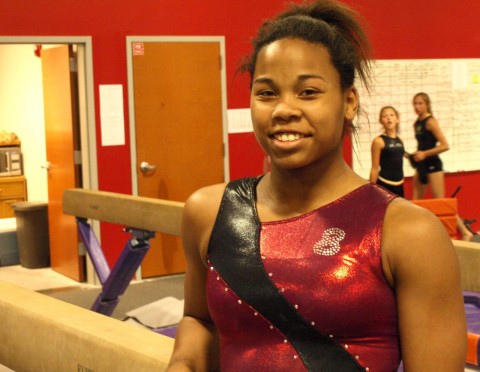 Alyssa Tucker made her first trip to Nationals in California

Alyssa Tucker – A Trip to Nationals

The surprise for the gym was gymnast Alyssa Tucker, who qualified to compete at Nationals and flew to California.

She has always been a good gymnast, but this year she bloomed. She credits her coaches with helping her. Alyssa’s background includes four years at Impact and two years with Superior Gymnastics before joining TAG  last August.

She is a rising junior at Athens high school, where she became the high school state champion, scoring a perfect 10 on beam. She explained that high school gymnastics is different than club level. In high school a girl only needs to have attained a level 7, and the routines are easier.Alyssa likes to show what she can do and is up for a challenge. If you don’t like to show off, or you’re shy, this is not the sport for you. Gymnasts must be mentally tough. Afterall, every time you compete a judge is deducting points from your performance. 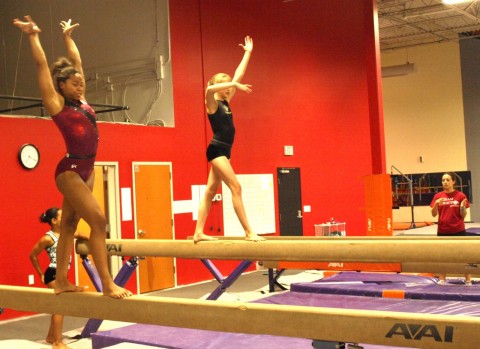 Alyssa practices her routine on beam

Alyssa is looking forward to competing as a college gymnast and has already been contacted by several universities. She has been training since she was two. I asked if she comes from a gymnastics family and she laughed. Alyssa says her mom was in band, and no one knows where she gets her talent from. Its a gift and she trains hard. Last year she competed level 9 and had a “hard time at States”. This year she competed level 10 and her acheivements include placing 3rd at the state level, and is nationally ranked  35 of 53 at her age and level.

Alyssa said her goals are to be ranked in the top ten at Nationals and attend college on a gymnastics scholarship. She says if she gets all her skills and can keep her routines clean, she can do it.Mental and physical toughness is what it will take. These girls have lots of both. 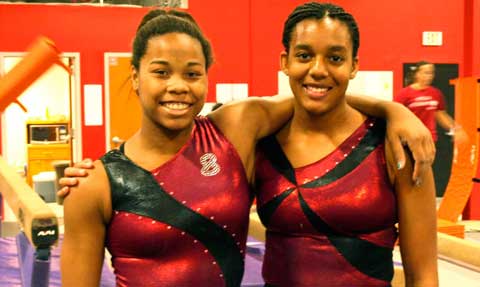