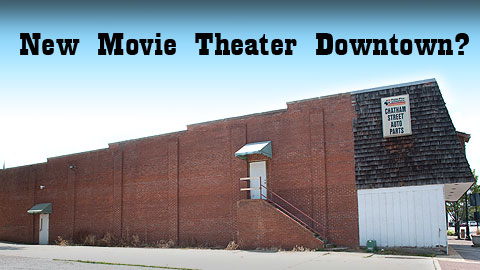 Cary, NC – Two sources have told CaryCitizen that the Town of Cary is interested in the “old movie theater” on Chatham Street.

The old movie theater, just a block down from Academy Street, has been an auto parts store for long time. Decades, in fact. Recently, the property looked like it had been abandoned.

The plan we heard would reconvert the building back into a small theater. Art films, children’s programs and a small stage were mentioned.

Town of Cary had “no news at this time” in response to our inquiry for more information. But sources say we might hear some definite news later this week.

If true, this would be another step in the right direction for downtown Cary.