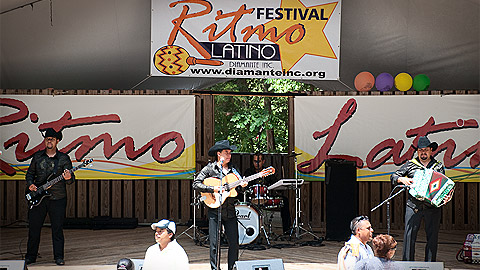 Cary, NC- The Ritmo Latino Festival in Cary, presented by Diamante, showcases the food, music, dancing and fun of Latino culture. Its free to everyone next Sunday, August 7th in Bond Park.

For the seventh year in a row, Diamante has partnered with the Town of Cary Parks, Recreation and Cultural Resources Department to host Ritmo Latino.

Diamante President David Flores emphasized that the festival is a good time for everyone. Flores noted that attendees come from as far away as Fayetteville and Charlotte and one of the artists travels all the way from Asheville.

Uniting Latinos through Art and Culture

That phrase is at the top of the Diamante website. But more than that, this event aims to encourage understanding and appreciation of Latino culture by non-Latinos. Flores was quick to point out the statistics about the growing Latino population in our state and the nation. Today Latinos comprise about 16% of the US population.  It is projected that by 2050 that number will grow to 42%.

They are a diverse group, with backgrounds in Central America, Europe, the Caribbean and Mexico. Not one style of music or dance or food.

Fun for the Kids

The Carolina RailHawks are a sponsor of the festival. They will hold 2 soccer clinics for children (boys and girls) ages 5-13. Their mascot, Swoops will interact with the kids.

A children’s’ area will include face painting, a game truck with video games, a booth from Be Active, and paintball retooled with foam balls.

For the second year, the Ritmo Lounge will be set up where festival goers can help paint a moveable mural on canvas. Flores mentioned that at the Diamante office they have 6 of these murals on display.

Radio station and event sponsor, Jefa,  will be broadcasting live from the festival during the day.

Musical and dance groups will perform throughout the day.

Four bands will grace the stage at Sertoma Amphitheater encompassing island music, salsa and traditional Mexican music. And you can’t have a Latin festival without a little Salsa! Visitors will get a lessons in salsa and zumba.

On August 5th,  Mickey Mills & Tropic Orchestra, two of the festival bands,  will perform in the last concert of the Starlight Concert Series at Page-Walker Arts and History Center.

Trinidad native and Carrboro resident Mickey Mills has pounded out Caribbean sounds on his 55-gallon steel drum around the Triangle, opening up for acts like Kenny Chesney. His smooth reggae and positive lyrics make for a rousing family-oriented listening experience.

Tropic Orchestra is a Latin dance band comprised of veteran musicians from the United States, Puerto Rico, Colombia and Venezuela. Frontman Ricardo Diquez, known as “TNT”, will end the series with a high-tempo Latin bang!

This special event is made possible by the Friends of the Page-Walker Hotel, PineCone, Diamante, Inc. and the American Turkish Association-NC.

The Diamante Group is headquartered in downtown Cary in the Cooper building on N. Academy Street. Founded by Lisette Watko 17 years ago in her house and has grown tremendously.  Board members live throughout the Triangle, they chose Cary because of its central location.

Diamante also promotes higher education with 2 scholarships. The Diamante Awards gala is held in October, and for the 16th year, Diamante will announce awards for outstanding leaders in the community. The youth award is a monetary scholarship for 2 high school or college students.

The group hosts four events a year to help raise funding and awareness. In January, they hold The Star of Hope Campaign at the Herb Young Community Center. This event encompasses a tree lighting, charitable giving and a parade. In the Spring there is a book fair to promote literacy. In August there is Ritmo Latino festival and then in October the Diamante Awards.

Look for these events to be featured in CaryCitizen and in our Calendar of Events.

For this and other great Cary events, visit the CaryCitizen Calendar of events. If you would like us to post your Cary event, contact Lindsey Chester. 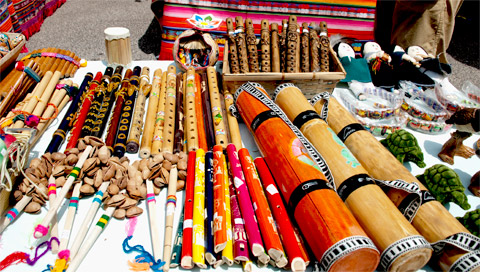 Talking About: Cars in Cary