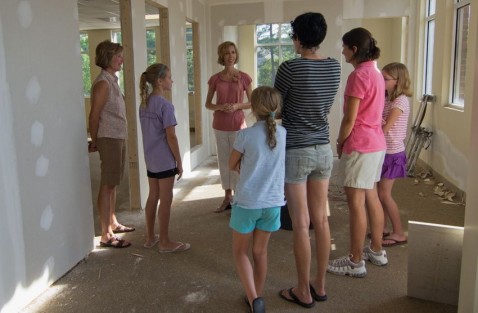 Cary, NC – Cary Ballet Conservatory, located at 3792 Cary Parkway, is opening a new dance annex right next door. They purchased a former church building and the renovation of the building began over the summer. Plans are on schedule for the annex to be ready for Fall classes.

The building will feature two brand new, state of the art studios where a special “Parade Brigade” performing team will rehearse as well as a new liturgical performing group.

The studio is expanding in other ways:

Suzanne Laliberte Clark, owner recently hired Heather Iler. Heather is a prima ballerina/master teacher and is relocating from St. Louis Ballet. Her career includes being chosen by Mikhail Baryshnikov to perform with American Ballet Theatre and then invited to perform with Suzanne Farrell Ballet before joining Miami City Ballet.

Deana Seay, who joined CBC last year as Ballet Mistress after performing 21 years with The Miami City Ballet, was appointed Artistic Director of the Cary Ballet Company this summer.

The new Cary Arts Center awarded thirteen area arts groups residency and Cary Ballet Conservatory was among them. Their company will perform its Holiday Show and the grand celebration of their 15th Annual Spring Gala in the new center..

“We are so excited about this upcoming year” said Suzanne Laliberte-Clark, founder and Artistic Director of Cary Ballet Conservatory.  “Between the addition of our new faculty members, all of the exciting accolades we have received, and our new studio annex, I think 2011-2012 is going to be the best year ever at CBC.”