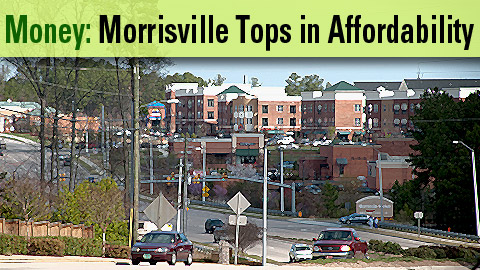 Morrisville, NC – Our neighbors in Morrisville broke into the national news this week (in a good way) – they made Money’s Top 25 Where’s It’s Affordable to Live list.

Money’s affordability list is a subset of their larger Top 100 Places to Live.

Other Factors in Morrisville’s Favor

Money also noted Morrisville’s proximity to high paying jobs in the region as well as its diverse population.

Rest of the Best

In North Carolina, Statesville was the only other town featured in the Top 25.

The Morrisville We Know

It’s great to hear a prestigious national magazine singing the praises of Morrisville. But the editors of Money just discovered something we’ve known all along: Morrisville is a great place to live.