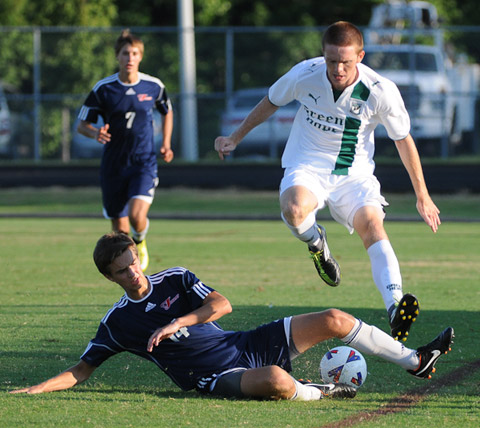 Cary, NC – Sports action is picking up in Cary as the long summer fades into the fall.

In the biggest sports news of the week, Green Hope Varsity Football, under new coach Kwame Dixon, decisively ended their multi-year 0-38 drought with a 38-0 win over Smithfield-Selma on Friday.

Cary is a soccer town and our photographers were out in force last week covering the action.

Maybe it’s the new management. Or maybe it’s the fired up team, leading the NASL by a large margin. But attendance (and excitement) at RailHawks games has skyrocketed this season.

The Carolina RailHawks hold a seven point lead in the NASL after gaining a point against the Minnesota Stars on Wednesday, tying 1-1.  With 7 games left in the season, Carolina has a strong lead in the league standings.

Minnesota started the game strong and had several good chances, with their best coming in the first 2 minutes of the game.  The RailHawks also had their share of opportunities to score in the first half, but failed to finish and it was 0-0 at halftime.

In the 2nd minute of the second half, Jonny Steele intercepted a ball in the RailHawk’s half and made a searching run to the top of the Minnesota 18-yard box.  He lofted the ball over the Stars’ defense to Pablo Campos, who managed to beat the Minnesota keeper at the near post, giving the Railhawks a 1-0 lead.

In the 55th minute, Minnesota scored to tie the game and make the score 1-1. Carolina had the majority of the chances in the second half, but again could not manage to find the back of the net to secure 3 points.  The match finished 1-1, leaving Carolina well ahead in the standings with 3 home and 4 away games left.

Suzie Wolf captured the action on Wednesday as the Hawks fought to a tie with visiting Minnesota. 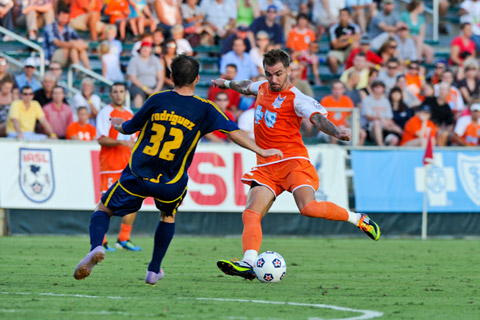 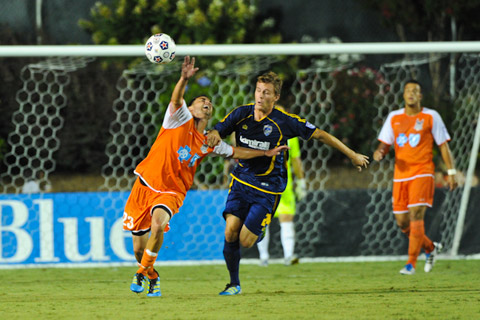 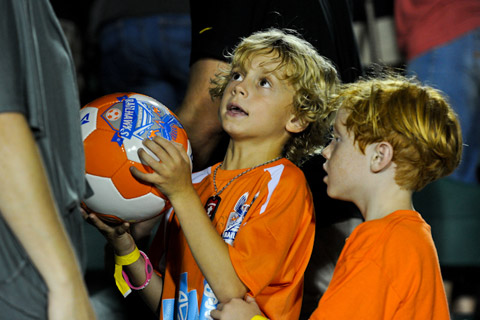 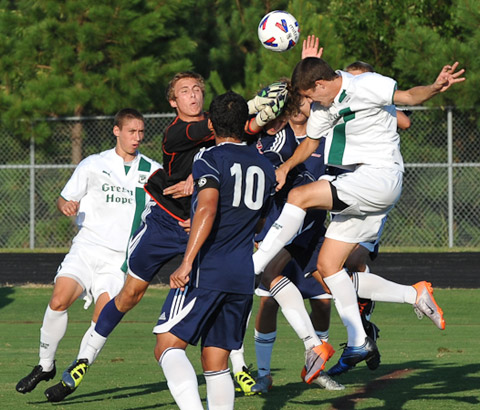 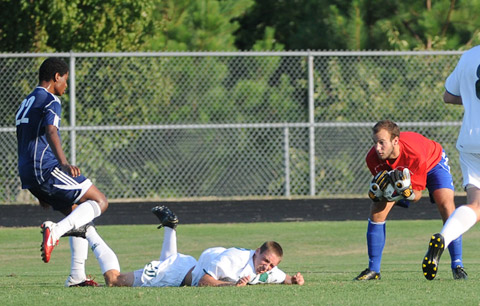 A massive crowd (maybe 5,000) showed up Saturday night to watch the RailHawks strike down the Ft. Lauderdale Strikers 2-0 on a mild evening in Cary.

Chris Adamczyk was on the field for CaryCitizen photographing the match. 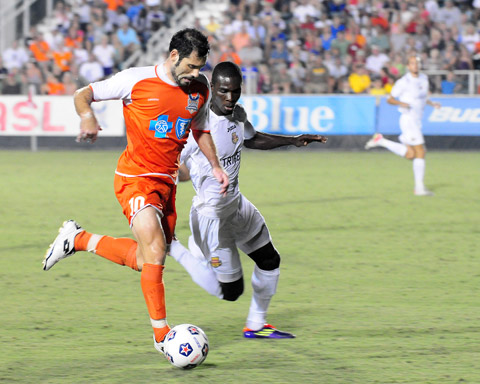 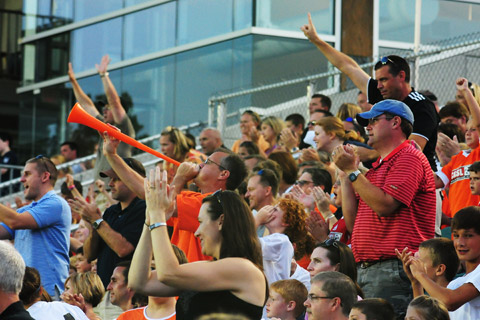 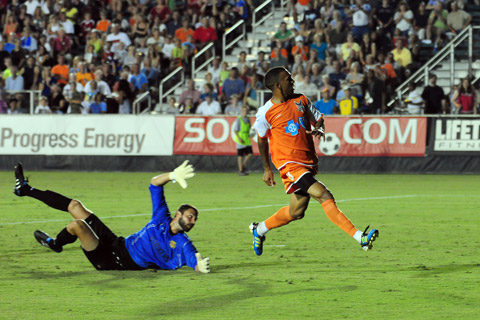 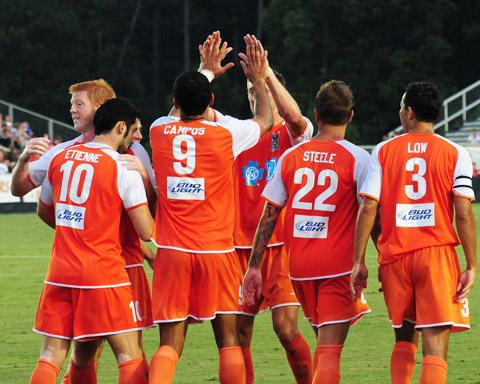 Food: All Dressed Up

Harold’s Blog: Election Season, Meal at Rex, My Kids Are Back At Scho...
Scroll to top