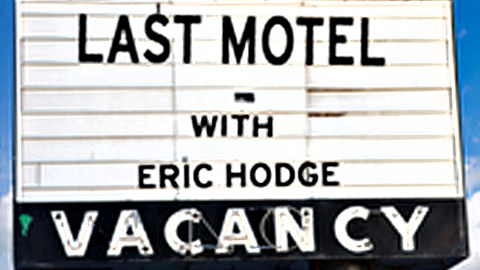 Cary, NC – Call me a dinosaur, but I still love listening to music on the radio in the car. Last Motel is a new local show that satisfies with an eclectic focus on music from or inspired by the South.

Radio has two things going for it: spontaneity and surprise.

Radio is spontaneous in that if you don’t like a song, you just hit another station. It’s not the same if you have to try to fast-forward a podcast.

My End of the Dial

I listen to Stan the BBQ Blues Man on 88.9 FM WSHA Thursday and Friday night. I listen to 8-Track Flashback on 90.7 FM WNCU.

Last Motel is a new show hosted by Eric Hodge on 91.5 FM WUNC. I had a chance to listen to it this past Sunday driving home from band practice in Chapel Hill.

Last Motel digs out the lesser-known tunes, artists and record labels. The stuff I heard was all new to me.

Hodge mixes it up – country blues, singer-songwriter, zydeco. The through-line for the program is music from or about the South.

The Southern-ness is not straight ahead country or bluegrass. It’s more like what’s happening right now from Memphis to Manteo. Banjos, acoustic guitars, fiddles and even washboard make their appearances, but Last Motel is really about new combinations of the Southern music vocabularly.

I found Last Motel enjoyable and easy on the ears. Surprising and spontaneous.

Weather: Keeping An Eye on Irene
Scroll to top