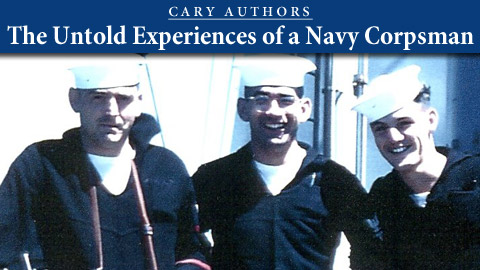 Story by Matt Young. Photos from Untold Experiences of a Navy Corpsman.

Cary, NC – Cary resident C. Gilbert Lowery joined the Navy in 1954 when he was 19. Like many people who served their country in our wars, Gil Lowery was reluctant to talk about it for many years. Today, he is just another guy in Cary, a tax accountant. He has just written his first book entitled The Untold Experiences of a Navy Corpsman.

During his service in the Korean War, Gil served on missions with a Marine Corps reconnaissance patrol team.

“We had to go into enemy territory after fighting had ceased to search for illegal military facilities that the Korean’s declared non-existent and for Americans held as prisoners of war,” Lowery said. “I don’t think we ever got them all out.” 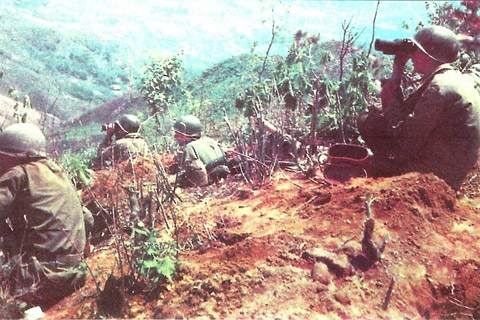 After his discharge, Lowery had recurring nightmares. Some of those memories are in the book, he says, “and some are not”.

The book goes into lots of wartime detail and is an insightful account of the horrors of war and individual bravery. Much ground is covered in its 188 pages. He recalls names of his comrades and their conversations, and what was on their minds while risking their young lives. Among the blood and gore and gunfire and explosions and reality of war, this author remembers what they ate for dinner.

The doctor came out and put a hand on my shoulder asking, “Has anyone looked at you, corpsman?” I backed away saying, “I’m okay sir. This isn’t my blood,” as I looked down at my dirty, soiled fatigues. “All I need is a good hot shower, clean clothing and a good night’s sleep.” – excerpt from The Untold Experiences of a Navy Corpsman.

The book is published by AuthorHouse and is available from www.amazon.com and www.barnesandnoble.com.

“My number one qualification for writing the book is that I lived the part. I was there.”
-Cary Author C. Gilbert Lowery 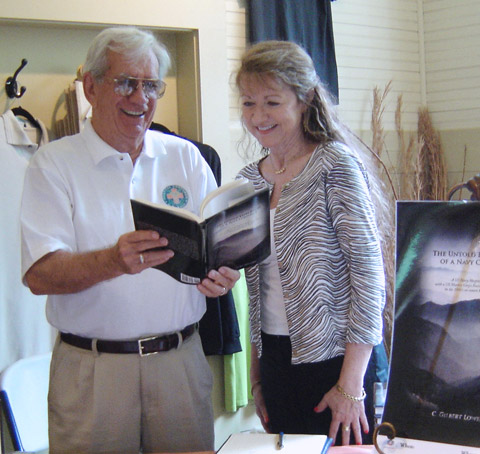 After the Storm: Beware of Scams