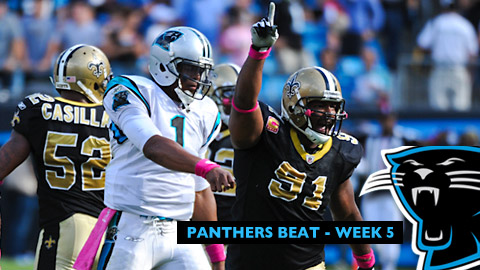 Cary-lina,  NC – I’m a day late in posting the report on the game versus the Saints. “Why?”, you may ask.

I just got home from an out-of-town trip for a wedding.  A WEDDING. ON SUNDAY! At 2 pm! IN THE FALL!

Who are these people that think this makes sense?

Thank goodness for DVRs and smartphones.

1. It is NOT OK with one’s wife to watch a football game on one’s smartphone at one’s niece’s wedding services, certainly not with one’s sound on.

2. Kicking a purse off the kneeler, when the opposing team takes the lead, is also unacceptable.

3. The safest, most opportune time to check scores is during “The Wedding March”.

Down to the Wire

The Carolina Panthers fought the New Orleans Saints down to the wire at Bank of America Stadium on Sunday, but the veteran Drew Brees led an impressive game-winning drive that was capped off by a 6-yard touchdown pass to Pierre Thomas. The Saints won the game 30-27. 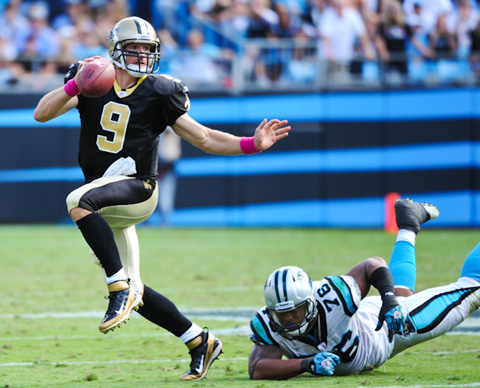 While Cam threw an interception on the game’s first play from scrimmage, Newton rebounded to post another stellar performance in his mesmerizing rookie campaign.

Newton displayed his unique scrambling ability throughout the contest, and his rapport with veteran receiver Steve Smith continues to shine. The two hooked up for a stunning 54-yard touchdown pass in the first quarter. Newton finished the game with 224 yards passing, and 3 total touchdowns (2 passing, 1 rushing). 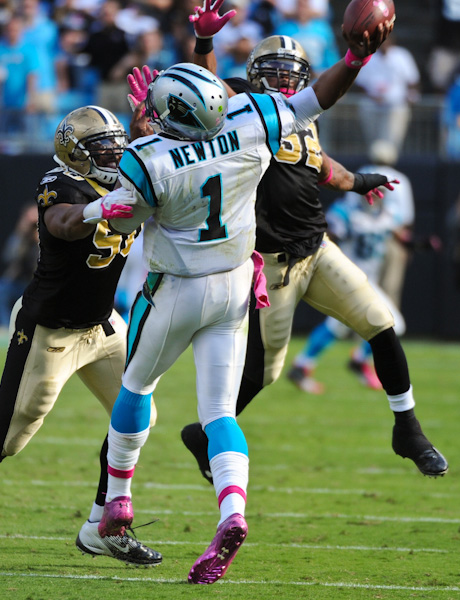 A Homecoming for Kasay

Longtime Panthers kicker John Kasay made his anticipated return to Bank of America Stadium on Sunday, but this time he was wearing a Saints uniform. Kasay, who was the first-ever member of the Panthers in 1995, booted three field goals for the victorious Saints.

Not Your Average 1-4 Team

This team has a brutal schedule this year, the Saints are a top 5 team right now. And next week another tough team, the Falcons, will be the opponent in Altlanta.

Yet the Cats have been in every game.

Keep an eye on this Panthers team.

I know I will, it’s just that sometimes I need to be careful that no one sees me.

Photos for CaryCitizen by Suzie Wolf. 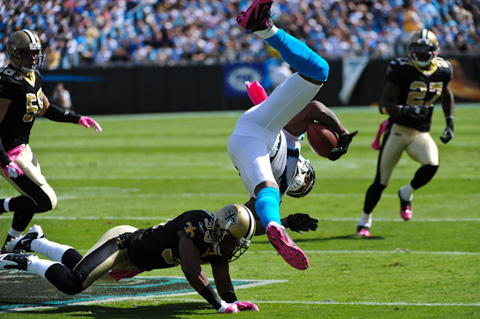 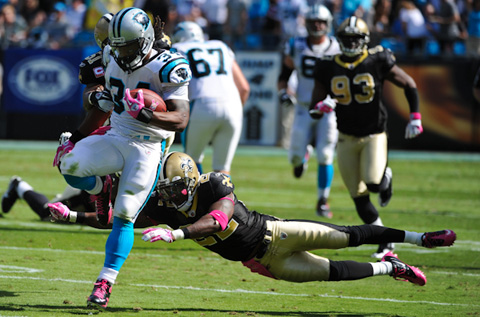 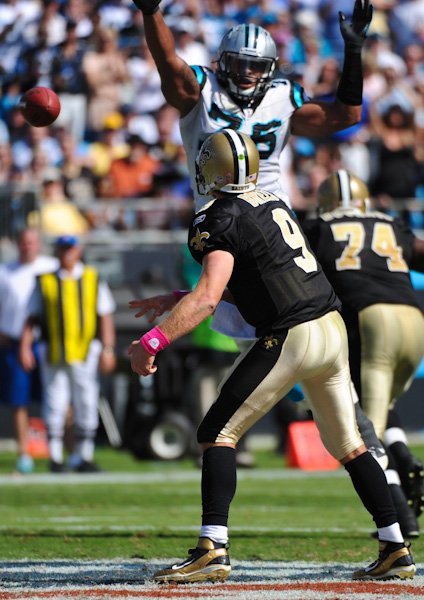 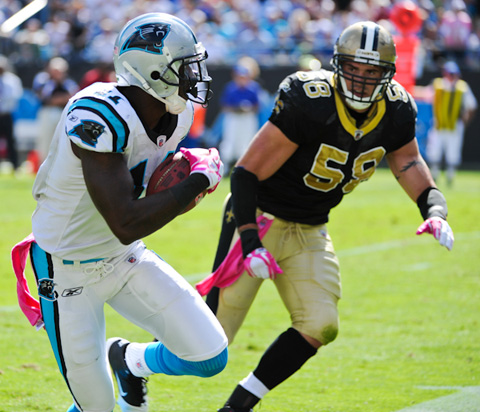