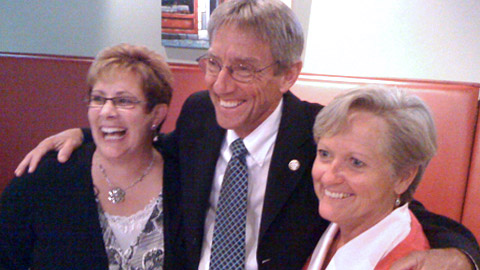 Cary, NC – Cary Mayor Harold Weinbrecht was re-elected to a second term on Tuesday, according to unofficial results from the Wake County Board of Elections.

Harold Weinbrecht captured 58% of the vote against 41% for challenger Michelle Muir.

Lori Bush garnered 55% of the vote in the At-Large contest for Cary Town Council against 44% for Zeke Bridges.

Gale Adcock retained her seat on Town Council against challenger Don Hyatt, getting 65% of the vote to Mr. Hyatt’s 34%.

Don Frantz was returned to Town Council against challenger Jeff Foxx. Frantz won 62% of the vote to 37% for Foxx.

Full election results can be viewed at the Wake County Board of Elections or WRAL. But several contests of note may be of interest to CaryCitizen readers.

Women of Western Wake – Who Are They?