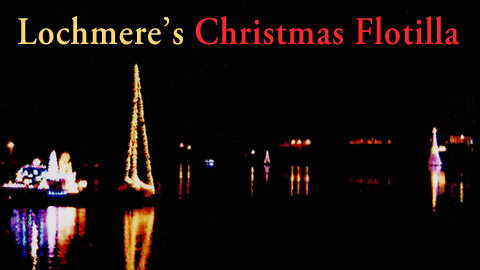 Story by Matt Young. Photos courtesy of the Ritter Family.

Cary, NC – One of Cary’s most unique traditions is the Lochmere Christmas Flotilla, started by Former Mayor Harold Ritter in 2005. It’s this Sunday night and we’ll tell you where to go to watch.

Mayor Ritter (served Cary from 1983 – 1987) and his wife Gerry told me about starting the Lochmere Christmas Flotilla in 2005. “It started with two boats and a canoe with a flashlight,” the former Mayor quipped. 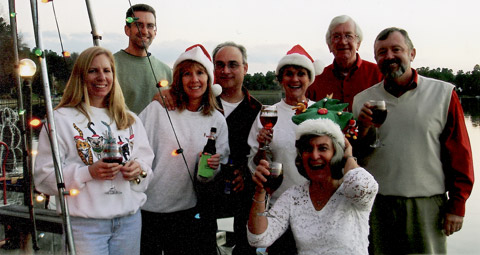 Now, it’s a big event with dozens of boats and hundreds of spectators.

There will be lots of sailboats, jon boats, pontoon party boats and even full size skiffs with lots of beautiful lights.

The flotilla (led by the Ritters’ grandchildren, I am told) sing carols as the boats make the voyage around both sides of the lake. Neighbors come and watch from docks all around the lake.

If you’ve got a boat on Lake Lochmere and want to join the flotilla, decorate your vessel and assemble at the Ritter’s dock around 5:15 pm.

Mayor Ritter has even designed a schematic for running Christmas lights on your boat using a car battery and a power inverter. If you’re in need of advice, the flyer says “Ask the Pro – Call Harold Ritter, Flotilla organizer and handyman at 919-851-5444. You have questions, he has answers.” 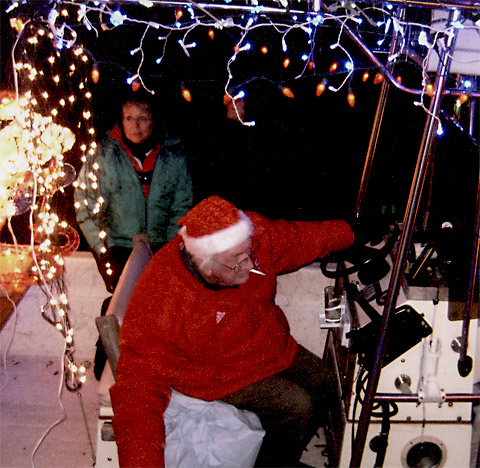 Spectators can watch from the dam over Lake Lochmere on Lochmere Drive (Map). Parking may be tight – try Lochmere Swim & Tennis just up the road. Bring some folding chairs, blankets and a thermos of hot chocolate. Or whatever floats your boat.

Weekend Events: Best of the Holidays in Cary