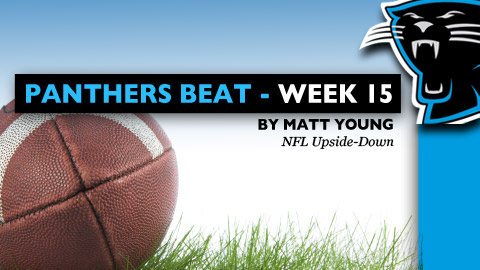 The seemingly unbeatable, undefeated and Super Bowl-bound Green Bay Packers lost to the – let’s just say – “less-than-average” Kansas City Chiefs. The game was exciting and touching as newly installed head coach Romeo Crennel could be seen crying on the sidelines. KC had fired their head coach less than a week ago and named Crennel as interim leader. Crennel has had his own ups and downs over the years, being fired while head coach of the Browns and ending up with the Chiefs as defensive coordinator. As the game ended his players hugged him and jumped up and down. The Packers had won an amazing 19 in a row.

The heretofore winless Colts (remember when people always called them the “hapless Colts” instead of “Indianapolis Colts”?) got their first win this season by beating the Titans. By the way, this Colts team has fallen so far since Peyton Manning has endured his season ending injury, that I think the NFL should name Peyton Manning the obvious MVP for 2011!

The first place and already playoff-bound Ravens fell to the perennially disappointing Chargers. Even Tebow lost.

Former UNC Tarheel star, T. J Yates is the starting QB for the Texans as a rookie. He had taken over the reigns due to injuries to the first and second string Houston QBs. Yates is not yet in Newton’s league.

The game started well for Carolina as they picked up a rare Texans fumble from Aryan Foster on the second play and Newton soon threw a long dart in stride to Steve Smith for 6.

Newton ended up throwing a two touchdown passes and completed 13 of 23 passes for 149 yards. Houston made a bit of a comeback but LB James Anderson picked up a timely interception in the end zone late in the game.

Play of the Week

The play of the week for the Panthers was as crazy as the week in the NFL itself. Carolina had the ball on the Texan’s 7 yard line.

Someone dusted off an old college playbook on the Panthers’ sideline.  The offensive line was standing straight up acting like the refs had blown a whistle or someone had taken a timeout. Not so.

Cam Newton took the ball from center. He in turn centered the ball between his legs to TE Richie Brockel, and with Newton running to the right more than half of the Texans defense followed the QB thinking he had the ball. The TE scored  heading left.