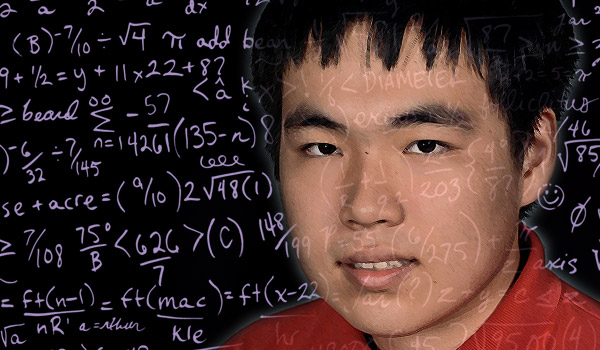 Yang won first place in the individual competition at the 2009-10 Duke Math Meet. He plays the piano and the French horn, and enjoys competitive Pokemon.

Yang was selected for the national Who Wants to Be a Mathematician based on his score on a qualifying test with questions on algebra, trigonometry, probability, and math history, which was administered by high school math teachers nationwide.

Fun to the Nth Power!

This is the third year for the national Who Wants to Be a Mathematician contest. In the contest’s history, nearly 600 students have won over $250,000 in cash and prizes and have been cheered on by approximately 20,000 classmates.

Who Wants to Be a Mathematician is part of the annual Joint Mathematics Meetings in Boston, attended by more than 6,000 mathematicians. The top prize is $5,000 for the winner and $,5000 for the math department of the winner’s school. The contest is sponsored by Texas Instruments, Maplesoft, John Wiley & Sons, and the AMS.

Kroger Building on NC 55 Sold for $4.1 Million
Scroll to top