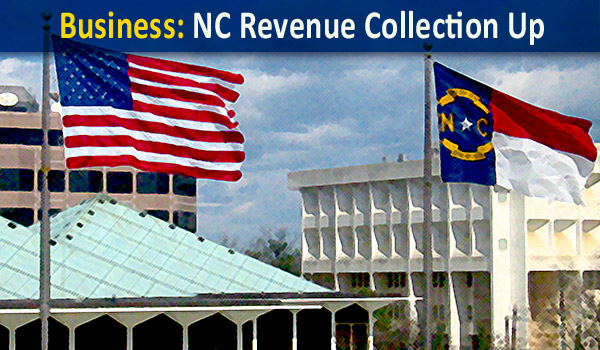 Cary, NC – In another positive economic bell weather for the area, the Governor’s Office reported today that revenue collection is $150 million above forecast for the current fiscal year.

The better than expected revenue was explained by three factors:

From the Governor’s email:

State economists report that the recent economic data remains upbeat. A stronger business confidence, stronger consumer spending and stronger housing starts suggest the economy gained momentum as 2011 closed. Challenges still exist, however, as consumers still face high debt levels, home prices are still falling and the financial situation in Europe remains worrisome. In addition, the most volatile revenue sources are collected during the second half of the year.

The combination of a first half with collections modestly above forecast, combined with recent upbeat economic news has improved the overall revenue outlook for the second half of the fiscal year.