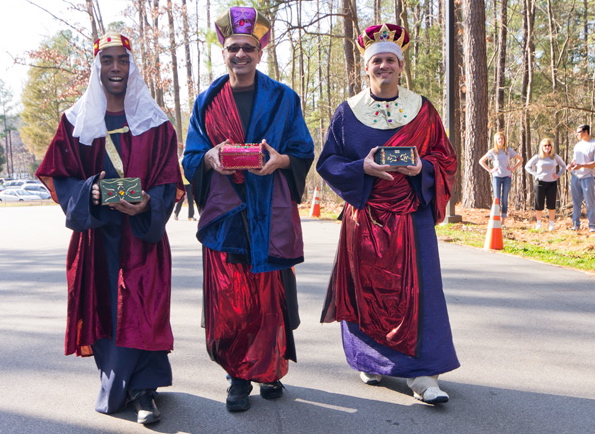 Cary, NC – The weather was almost tropical for The Three Kings Parade in Bond Park last Saturday, January 7th, culminating the holiday season for the Latino community.Parade-goers from around the Triangle gathered along the parade route to welcome the Three Kings who walked at the close of the parade symbolizing the Three Maji who came from the East bearing gifts for the baby Jesus. 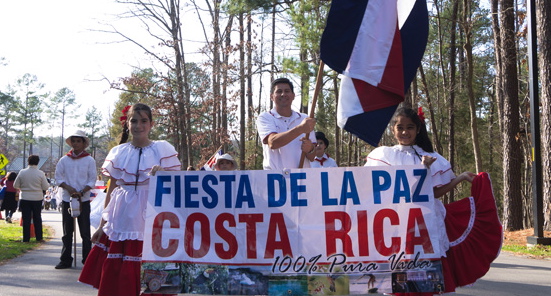 Diamante’s  Estrella de la Esperanza (Star of Hope) Campaign culminates with the Día de los Reyes Parade (Three Kings Day Parade). Traditionally, January 6th is a very important day, especially for children, for it is on this eve that gifts are exchanged for the holidays in most Spanish speaking and some European countries.

Many Spanish speaking countries participate in the Día de los Reyes Parade, walking in traditional dress and some with musical accompaniment. The arrival of these Tres Reyes Magos (Three Kings) bring gifts for the children in this community.

The parade concluded at the Kiwanis Shelter, where  authentic food was shared and some  parade participants performed throughout the afternoon on a stage set up in the shelter area.

At the close of the celebration, children and families were given the donations that had been collected by Diamante during the month of December. Diamante’s Christmas tree in their Downtown Cary office served as the collection site for non-persihable foods and unwrapped toys. 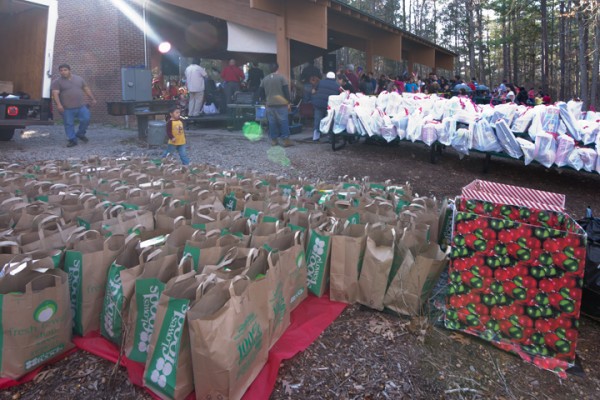 If you would like more information about this community sharing event, contact David Flores, president of Diamante.

Business: Revenue Collection Up in NC
Scroll to top