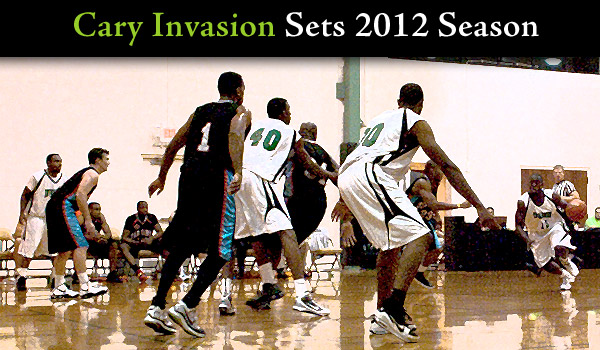 Cary, NC – The Cary Invasion, Cary’s pro basketball team, has set the schedule for its second season. The first home game is April 1, 2012.

The Cary Invasion, the brainchild of local entrepreneur and sports developer Mark Janas, played its inaugural season in 2011 and won the CBL (Continental Basketball League) championship.

Now, the Invasion is in a new league (Tobacco Road Basketball League) and much else remains up in the air. How many players wil return from last year’s championship team? Coach MarQus Johnson has been spotted tagging along with Janas, so it’s likely he will be returning as coach.

Home games in 2011 were played on Coach Kay Yow Court at Herb Young Community Center downtown. Individual games each brought a couple of hundred visitors to downtown Cary. Games were exciting with players from Div 1 college programs, experience in the European leagues and the NBA-DL system.