Cary, NC – Like a mystery? The Cary Players latest production, Agatha Cristie’s “And Then There Were None,” now playing at Cary Arts Center, keeps the audience guessing throughout with blood curdling screams, gun shots and a stellar production.

The performances, production and direction are all spot on in the new show. But perhaps the biggest shocker in this classic mystery is the incredible production values of the show itself. One notable example is the set, designed by director Tina Vance and her husband Glenn.

Tina told me that they used the architecture of the Arts Center as inspiration, even imitating the moldings and windows to make the set seem like it’s part of the theater’s proscenium. They have definitely pulled that off.

The action takes place in the living room of the mysterious Mr and Mrs Owen. The set stands over 12 feet high and was constructed off-site, then brought to the theater in pieces and re-assembled on stage the week before the show opened.

Here’s a fun video the crew shot that compresses 8 hours of construction into 2 minutes.

And Then There Were None – Set Construction from Cary Players on Vimeo.

This production has set the bar even higher for the Cary Players. Since the move to their new home as a resident organization of the Arts Center, each production has become increasingly more elaborate: from “It’s a Wonderful Life” to “Once Upon A Mattress” and now this show. One can only wonder what surprises are in store for their season finale “The Rainmaker”.

The premise of “And Then There Were None” play involves 10 unrelated people sent to spend a holiday at a large estate on an island. None of the guests (plus a maid and butler) actually know the home’s owner, but have come on one of many false pretenses.

As the guests  settle in after arrival, a strange recording announces each guest’s name along with the name of a person they are responsible for murdering. This rattles everyone, of course.  Worse  yet, a guest almost immediately drops dead – having been poisoned.

This classic Agatha Christie mystery keeps the audience guessing until the end. 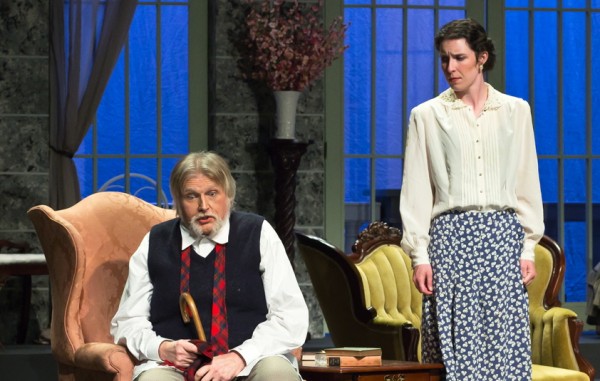 The costumes by David Sextner mimic the 1940’s and include great get ups for the ladies.

The actors also do a fabulous job with their accents as the action takes place on an island off the coast of England.

One of several standout performances is given by Kurt Benrund as General MacKenzie. He puts on a fake Scottish brogue and gives a heart-rending performance as he recalls an unfaithful wife.

Other standouts included: Doctor Armstrong, played by Tim Wiest, as a recovering alcoholic surgeon accused of killing a former patient. Plucky Vera Claythorne, played by Margan Mercer-Bourne carries much of the show in her first Cary Player’s appearance. Brook North as the biggest liar of the bunch does a wonderful job as William Blore with a great fake British accent.

If you have a chance to catch this show next weekend, I highly recommend it as an evening of outstanding theater.

Tickets are on sale at the Cary Arts Center box office or online.