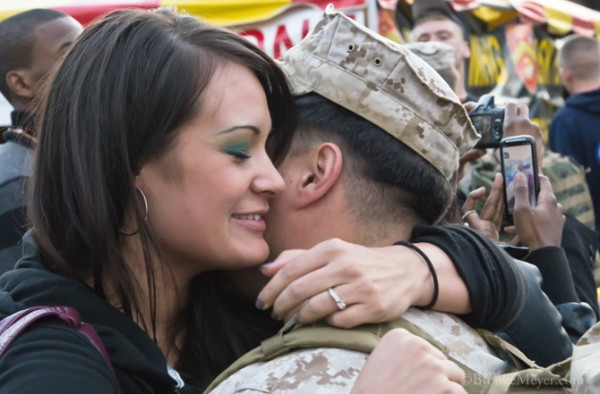 Cary, NC – War is not just something that happens on television. Its reach extends right here to Cary, North Carolina. This story is about the homecoming from Afghanistan of 1st Marine Lieutenant Adam Meyer, the son of CaryCitizen contributing photographer Brooke Meyer.

It is their job is to provide  command and  support functions as well as administrative and logistical support functions for the II MEF Command  Element and supported units to enhance the war-fighting capabilities of II MEF.

Brooke had this to say about his returning son’s chosen career path:

Adam discovered the Naval Junior ROTC Program at Cary High School before his freshman year.  By Senior year he was student CO.

Between his Sophomore and Junior year, he was one of 6 US NJROTC Cadets selected for a US – Japan Exchange Program, traveling through the US and Japan.  Being 15 and flying aboard a Japanese Defense Force Helicopter is cool.

He was accepted to Tulane and awarded a full NJROTC scholarship which was withdrawn after a physical declared one eye not meeting the requirement.  I said “Go to Chapel Hill, we can afford that.” Freshman year at UNC Chapel Hill, he enlisted in the USMC Reserve and told us about it later.

Completing OCS, he returned to Chapel Hill and after graduation, accepted Commission as a 2nd Lt. USMC.  His Oath was given on the Chapel Hill campus by the Cary HS NJROTC CO, Col. Tom Finnerty, USMC Ret.

Adam attended 6 months of “The Basic School” (TBS),  and then in the Fall of 2010 he made a brief pre-deployment visit to Camp Leatherneck in Afghanistan.  His unit deployed in Feb of 2011 for a one year, relieving the I MEF MHG Forward.

Camp Leatherneck is about 7,253 miles (as the crow flies) from Cary, NC.

One year later, they returned. Brooke was there, camera in-hand, to capture the faces of the families and friends welcoming home their marines. 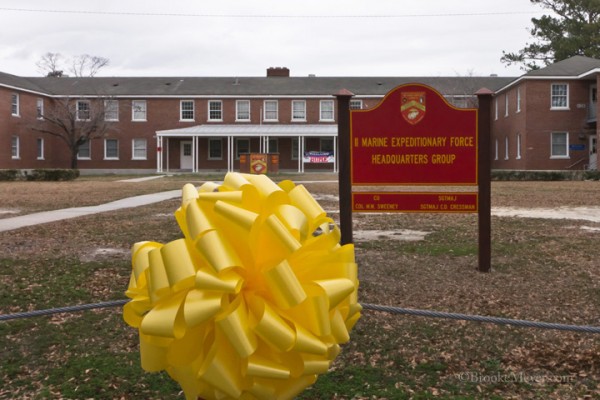 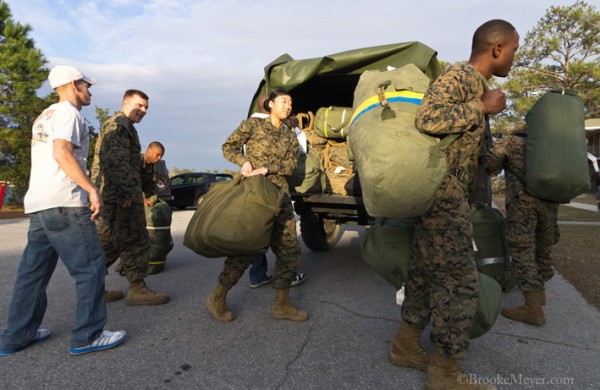 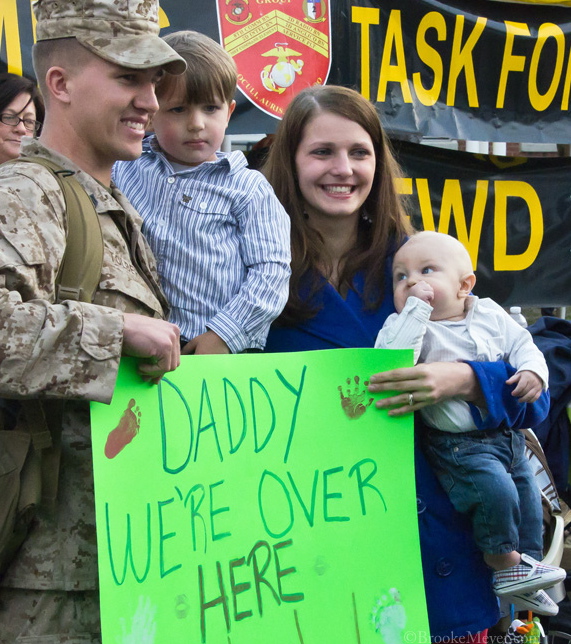 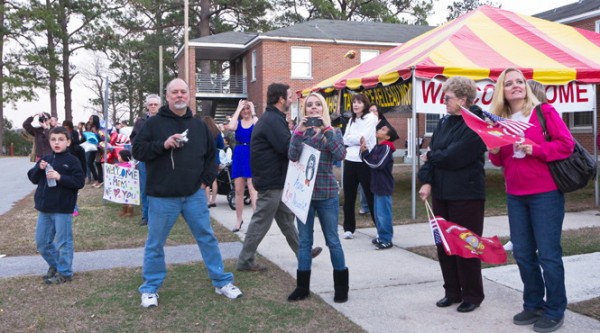 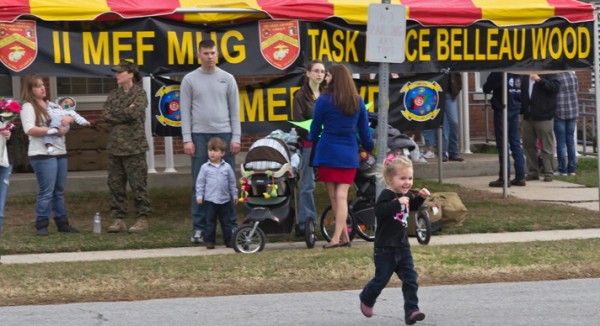 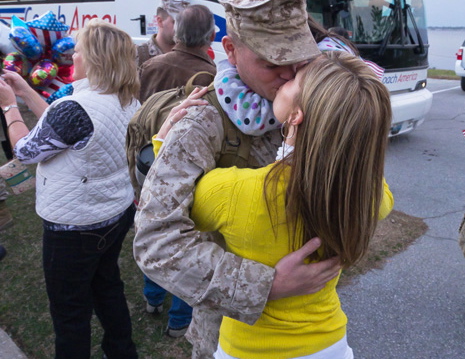 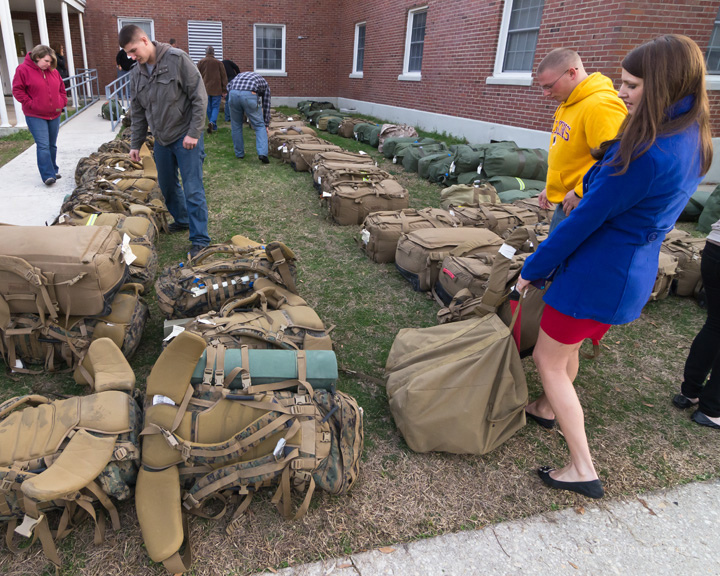 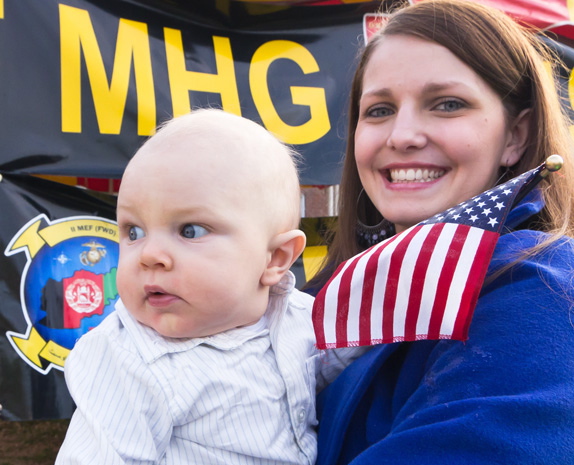 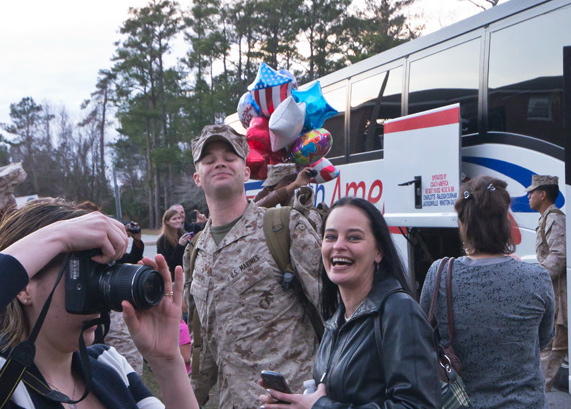 Welcome home to Adam Meyer and all the members of II MEF!