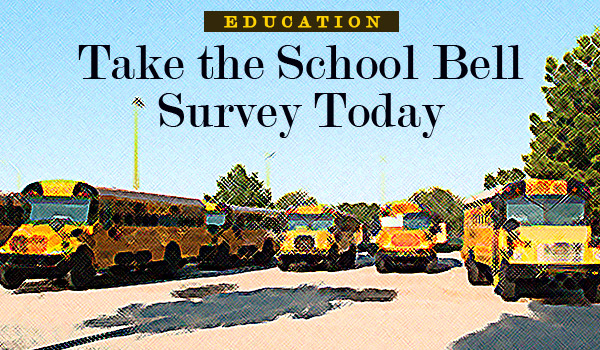 Cary, NC- The Wake County Board of Education has a new proposed bell schedule for the coming 2012-2013 school year. They plan to reduce the current three tier bell and busing  system to a 2 tier system.

The three-tier system has been in place since 1994. Since then, the number of schools has increased from 94 to 165.

Most high schools and middle schools will be the first bells with approximate start times at 7:30am and ending at 2:18pm. Most elementary schools will move begin at 9:25am and release at 3:55pm. The plan is for each bus to pick up and drop a high school or middle school and then head back out and pick up and drop off the second load of elementary schoolers.

Take a look at the proposed bell schedule for your assigned Wake County Public School and vote in the survey results through Thursday February 16, 2012. The board will discuss the results of the survey at its Feb 21 meeting. Annually bell schedules are adopted in March.

If you feel strongly about this issue we suggest you take the survey – do it now.